On this whole debt limit deal, the White House seems to be supremely confident that they’ll get something done and that it will be the Republicans who will blink. That’s not to say that there won’t be some ugly concessions made, but when it comes to facing their respective bases of political support, it’s the Congressional Republican leadership who will be getting the worst beating.

The reasons are fairly simple. John Boehner and Mitch McConnell are not teabaggers, and the people they answer to want no part of a default, or even the threat of a default. Moreover, the White House feels that they’ve framed this extremely well and the Republicans have screwed themselves by pushing the Ryan plan, and by walking away from table in support of tax loopholes for multimillionaires’ yachts and private airplanes. In short, the White House thinks the Republicans have an awful political argument and that they know it. Finally, and crucially, John Boehner has an incredibly difficult task. He must get a bill passed in the House that can also pass in the Senate, which is still controlled by the Democrats. Everyone knows that Boehner can’t do this by relying on his own caucus. And he won’t be able to attract any Democrats for anything remotely resembling what he’s led his base to expect. To even get a bill on the table, he’s going to have to back down and craft something widely acceptable to Democrats. It’s not unlikely that he’ll wind up in a bind where he actually pushes a bill that has more Democratic support than Republican.

And I don’t think the White House plans on giving him a whole lot. Maybe some cost savings on Medicare, but no reduction in benefits. Certainly not a balanced budget amendment. And there will be an elimination of significant tax loopholes.

The thing I am still worried about is that Boehner won’t be able to figure out how to get this done. It’s basically a suicide mission, as I can’t imagine him surviving in a leadership position if he passes a Democratic-majority debt limit bill. But it doesn’t appear he has any other choice. The White House just isn’t buying his threats. They know his masters expect a deal, and soon. 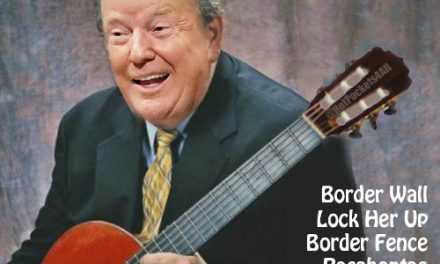 As I’ve said before, I don’t believe there’s any such thing as a separate “debt limit.” Here’s the wording in the 14th Amendment: “Section 4. The validity of the public debt of the United States, authorized by law, including debts incurred for payment of pensions and bounties for services in suppressing insurrection or rebellion, shall not be questioned.” Now that seems like clarity itself. As long as debt is authorized by law–and the current debt is the result of laws passed by the Congress–that debt “shall not be questioned,” since Congress implicitly agreed to raise the debt when they voted… Read more »

SCOTUS can find a way around that if they really want to.

That said what really matters is if they just ignore the debt limit, will people still buy bonds and give the US good rates?

Appears to me that the disappearance of this kabuki dance every year to “raise the debt limit” would have a positive impact on debt purchasers because they’d be assured that default couldn’t be an option for a bunch of crazed wingnuts bent on destroying the nation’s economy and that of the world.

Well you have to get them used to the idea first. I do think it would be better in the long run. And in fact, it’s a market solution. You can finance your debt as long as the market has confidence in your country.

Hmm you don’t think this was a ploy by Republicans to make the Debt Ceiling obsolete do you?

Yah the strength of Obama’s presser today sounds to me like, in the immortal words of Diamond Dave, it’s all over but the shouting.

In terms of how Boehner & Co. get a deal through the House, perhaps consider this as a rare instance where Wingnut Welfare is beneficial to the country’s interests. The GOP leadership in the House won’t let the economy collapse because if they do, with it will go their plush retirement sinecures in corporate lobbying, media appearances, and the like. If the economy collapses, it is rich folks who stand to lose the most money. They will not be happy with the individual GOP politicos who allow that to happen. Thus, the Boehnerites, most of whom are more interested in… Read more »

Groovy. I’m glad we’re all decided that corporate jet taxes are a worthwhile trade for a decade of stagflation.

I look forward to a deal that doesn’t actually end up addressing the deficit, optimal taxation levels, medical costs, or the broader economy in any way.

And why, exactly, is an increase in the debt limit supposed to address those things?

Because John Boehner said so?

It’s very important that Congress continue to invent crises, waste six months, and then not end up doing anything that even pretends to address the real underlying causes of the made-up crises to begin with. Very important. So I’m glad the tea leaves readers have today decided that somebody’s a winner and somebody else is the loser and somebody might even be out of a job (dun dun duuuuuh), so we’ve got that squared away, right? Important developments are important! Sure, there’s 9% unemployment, plus non-magical long term growth forecasts that don’t have a prayer of closing the output gap.… Read more »

. Obama Health Care Law Upheld by U.S. Appeals Court (ABC News) – In a victory for the Obama administration, a federal appeals court has upheld the constitutionality of the Affordable Care Act. The decision marks the first time an appellate court has weighed in on the issue and also the first time a judge, appointed by a Republican president, has voted to uphold the law. In his opinion Judge Boyce F. Martin Jr. of the 6th Circuit Court of Appeals said the law is constitutional under the Commerce Clause because the provision “regulates economic activity” with a “substantial” effect… Read more »

His best bet is to pass a clean bill raising the debt limit temporarily with no side amendments.

Even the legendary Silicon Valley ones; Biggest Tax Avoiders Win Most Gaming $1 Trillion U.S. Tax Break The money quote: While tax strategies have boosted Cisco’s earnings, they mean less revenue for governments in countries where the company operates, a trend that may affect Cisco as well. The company is seeing slowdowns in its business with cash-strapped governments, Chambers said during a May 11 earnings call. Historically, the public sector has made up 20 percent of Cisco’s sales, Chambers said — that’d be about $8 billion in taxpayer-funded sales last year. “We do not underestimate the transition in front of… Read more »

the Men with the Money have told Orange Julius to ‘get it done’.

Cantor is going to throw him under the bus.

Did we watch the same press conference? I got exactly what David Frum got from it:

Frum’s right but we already knew the WH had conceded on jobs and growth when they bought into the whole debt hysteria months ago.