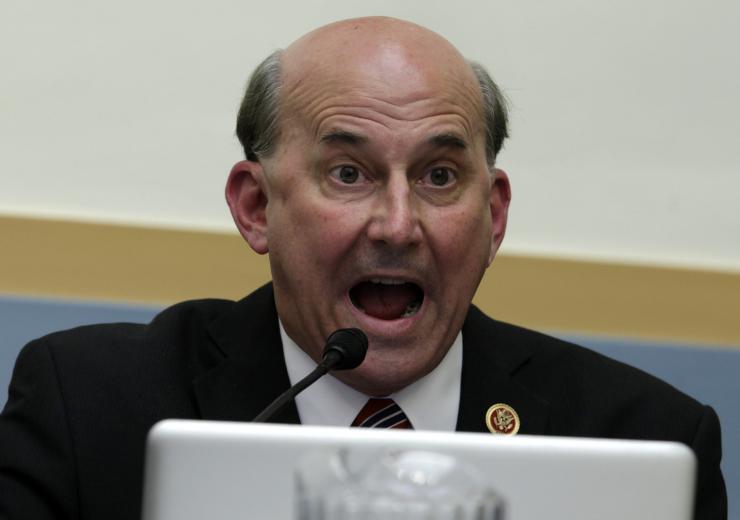 Louie Gohmert is an elected member of the U.S. House of Representatives. That he is clearly head-trauma insane does not seem to trouble his Texan constituents.

See if you can understand the following:

“I’ve had people say, ‘Hey, you know, there’s nothing wrong with gays in the military. Look at the Greeks,'” he said. “Well, you know, they did have people come along who they loved that was the same sex and would give them massages before they went into battle. But you know what, it’s a different kind of fighting, it’s a different kind of war and if you’re sitting around getting massages all day ready to go into a big, planned battle, then you’re not going to last very long. It’s guerrilla fighting. You are going to be ultimately vulnerable to terrorism and if that’s what you start doing in the military like the Greeks did … as people have said, ‘Louie, you have got to understand, you don’t even know your history.’ Oh yes I do. I know exactly. It’s not a good idea.”

I’m beginning to think that I can get a lot more massages if I just go gay. It appears that being gay is really about getting massages pretty much all day long. Why this is not a good idea is not really clear to me, but my mother didn’t inhale benzene when I was in her womb.

There’s Too Much Wankery in the Free College Debate

Cheney and the Church Committee 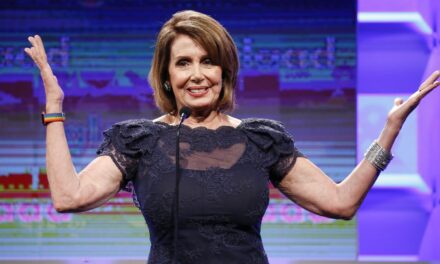 So terrorists are finding success because folks are getting too many massages?

It sounds like someone’s a little bit fixated on Greek massages, if you know what I mean.

Yes, like some in his political party that can’t stop imagining the gay sex acts and bestiality.

Shorter Louis:  Pig f***ing was something I did when I was young and experimenting.  I see now how wrong it is.

As funny as Gomert can be, (I still like his line about “casting aspersions on my asparagus) what do you do about this?  The political system has been turned upside down because of these lunatics.  Are they for real?  Are they just acting a part?  I have no idea.  But american politics has become a game few take seriously so this is what you get.   Who in their right mind would run for office in this environment?  Who would want to have to work with the likes of Gomert? More importantly, who gives a crap about the voters in… Read more »

Texas was an independent republic once.  I see no reason why we can’t let them become one again.

But we keep the Austin and San Antonio enclaves.

proper,  El Paso, and the valley?  Do they just not count because they are blue because they are minority majority areas while Austin is blue because of white hipsters?  I guess those other areas are simply not the right shade of blue because of the black and brown mixed in.   I am so tired of posters on so called progressive or liberal blogs writing off any part of blue Texas that isn’t Austin.  It smacks of ignorance and/or racism.   Ignorance to that fact that Houston is the largest city to ever have an open Lesbian major Ignorance to… Read more »

My flip comment was meant to show there are good parts of Texas.  It wasn’t meant to cast aspersions on the rest of the state.  It should be taken as seriously as the original comment about letting Texas go

Don’t look for racism where there is none.

(I might have included Houston if they had actual zoning laws.  😉  )

Who in their right mind would run for office in this environment?

Seth Moulton, for one.

The Gohmerts in Congress are just symptoms, really. Waste by-products. Cynicism is the disease.

The cynicism of the media who love to publicize them.

‘Louie, you have got to understand, you don’t even know your history.’ Oh yes I do. I know exactly.

Why are the ignorant the most confident in what they know?  Actually, the question answers itself.  Learning is about exposing what you don’t know.  If Gohmert was every truly confronted by what he didn’t know, his heart might stop from the terror of looking into that void.

I had a professor who described it as opening spheres of ignorance. When you’re 5 you think you have a good grip on the world – then Kindergarten happens and a whole new world is open to you. Then 1st grade. You make it through elementary school and you’re on top of the world and you know everything, then puberty and middle school happens. You get through that temporary insanity and then you’re a freshman in high school. Process continues for several iterations, point being that the more you learn the more you realize that you don’t know which should… Read more »

Not sure that’s the life progression of conservatives.  Those seniors riding around on their Medicare scooters holding up signs reading “keep government out of my Medicare” seem very sure of themselves.

Considering that organically our brains don’t fully mature until we’re 25-26, it’s no wonder that we were all once really dumb kids.  And completely invulnerable to messages telling us otherwise.

Goehmert’s Democratic opponent is Shirley McKellar if you have any of your personal network in TX-01.

Did you ever think that maybe the people we send to Congress are the ones we don’t want living near us? It explains a lot.

Quaker in a Basement (@quaker-in-a-basement)
Reply to  JimF

Yeah. I don’t think I’d be comfortable with Louie wandering around unsupervised in my neighborhood.