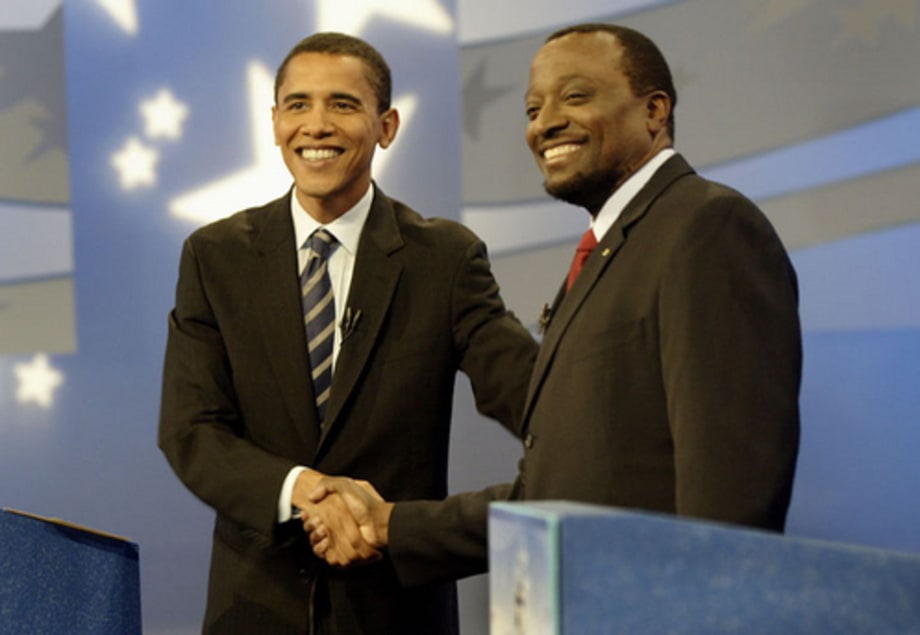 In April 2011, Whet Moser of Chicago Magazine, wrote a piece with an intriguing subtitle: “How Alan Keyes’s substantial–but not 100 percent total–loss to Barack Obama–explains the world, or at least birthers and the sudden political popularity of Donald Trump.” It was a retrospective article that looked at the 2004 Illinois senate race that launched Barack Hussein Obama to national prominence.  But it was also forward-looking, as Moser was already noting something stirring with the Republican base toward Donald Trump and his Birther movement.

The contest between Obama and Keyes had already become a kind of measure of what percentage of the electorate is so blinded by either stupidity, insanity or raw partisanship that it will never under any circumstances vote for the Democrats. This was spawned by a hilarious piece screenwriter John Rodgers wrote in 2005 at his blog Kung Fu Monkey. In that post, Rodgers created a pretend conversation with his black friend Tyrone as they mused on how low President Bush’s approval numbers could go. They currently stood at 37 percent, and Tyrone insisted that they could go no lower than 27 percent.

John: Hey, Bush is now at 37% approval. I feel much less like Kevin McCarthy screaming in traffic. But I wonder what his base is —

John: … you said that immmediately, and with some authority.

Tyrone: Obama vs. Alan Keyes. Keyes was from out of state, so you can eliminate any established political base; both candidates were black, so you can factor out racism; and Keyes was plainly, obviously, completely crazy. Batshit crazy. Head-trauma crazy. But 27% of the population of Illinois voted for him. They put party identification, personal prejudice, whatever ahead of rational judgement. Hell, even like 5% of Democrats voted for him. That’s crazy behaviour. I think you have to assume a 27% Crazification Factor in any population.

Once this post went viral, the 27 percent floor became known as either the “Crazification Factor” or the “Alan Keyes Constant.” Over time, it’s been remarkable to see how many different unpopular opinions bottom out at approximately 27 percent in surveys. Whenever that happens, people inevitably shrug and make reference to the Alan Keyes Constant.

But I don’t think the number is correct for presidential campaigns. With the stakes so much higher than a mere Senate race, I think raw partisanship has more influence. So, if we ask how low Donald Trump’s approval number can go or how badly he might do in the popular vote in 2020, I think we need to project something closer to 37 percent.

Right now, people are beginning to lose confidence in Trump’s shepherding of the economy and his poll numbers are slipping as a result. But he’s still stubbornly holding on at around 40 percent. In the just-released Quinnipiac poll, he’s losing badly to all the top-tier Democratic candidates:

If the 2020 presidential election were held today, 54 percent of registered voters say that they would vote for former Vice President Joe Biden, while only 38 percent would vote for President Trump. Matchups against other top Democrats show:

Looking at all of the matchups, President Trump is stuck between 38 and 40 percent of the vote. These low numbers may partly be explained by a lack of support among white women, a key voting bloc that voted for Trump in the 2016 election. Today, white women go for the Democratic candidate by double digits in every scenario. Though it is a long 14 months until Election Day, Trump’s vulnerability among this important voting group does not bode well for him.

“In hypothetical matchups between President Trump and the top five Democratic presidential candidates, one key number is 40,” said Quinnipiac University Polling Analyst Mary Snow. “It’s the ceiling of support for Trump, no matter the candidate. It hovers close to his job approval rating, which has stayed in a tight range since being elected.”

Voters say 56 – 38 percent that they disapprove of the way Donald Trump is handling his job as president, compared to the 54 – 40 percent disapproval he received a month ago.

Now, if I’m right that the presidential Crazification Factor is actually 37 percent rather than 27 percent, then Trump is already nearing his absolute bottom. But I think this is deceptive.

One important element is that people are more willing to vote for people like Alan Keyes or Donald Trump than they are to admit they voted or intend to vote for them. These self-consciously crazy people probably make up a good ten percent of the Republican base. Collectively, they’re good for a few extra points above whatever the polls predict.

So, for example, if only 38 percent of the people say they approve of Trump’s job performance, you can still count on a few points for people who secretly approve but are lying about that to the pollsters. You can add another few points for partisans who hate Trump but are so committed to conservative issues (abortion, for example) that they’d vote for a rabid muppet over any conceivable Democratic nominee.

This kind of hyper-partisan behavior usually shows up as a late narrowing in the polls as Election Day approaches. Some people blame former FBI director James Comey for this happening in 2016, but that may be overstated.

To be safe, I’d add at least six points to Trump’s total above and beyond whatever the polls are giving him. If we anticipate vote suppression shenanigans, we probably have to jack it up to seven or eight points.

In other words, if Trump’s true floor is 37 percent, that means he can probably sink to about 29 or 30 percent in approval numbers and still meet that mark. It also means that if he’s at 42 percent or above, he has a real chance of being reelected in another nail-biter, perhaps with the assistance of the Electoral College.

In either case, I do not believe he has come close to reaching his floor. If the economy struggles and people are thrown out of work, he may crater down to his lower limit.

It’s hard to judge where this would put him historically because we’ve had so many multi-candidate presidential campaigns. In 1936, Alf Landon only won 36.5 percent of the popular vote. That’s the low mark of the modern era for an essentially two-way campaign. But, of course, Landon was the challenger rather than the incumbent. To find a better equivalent, we might look at George H.W. Bush who only got 37.5% in his 1992 reelection bid. But that was a three-way race including H. Ross Perot. In 1980, Jimmy Carter was voted out of office while garnering only 41% of the vote. Trump has the potential to lose in even more humiliating fashion.

Yet, because you can expect Trump to substantially outperform both his approval numbers and his polls, he can’t be counted out.  As long as he keeps his head above 40 percent, he’s probably in position to have a puncher’s chance of winning reelection.

Biden is Wrong About the GOP, But Might Be Right on the Politics 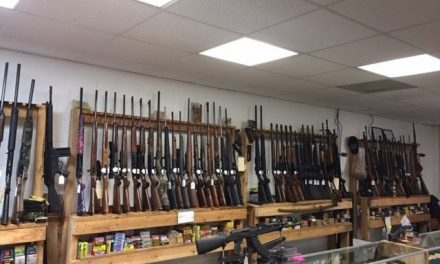 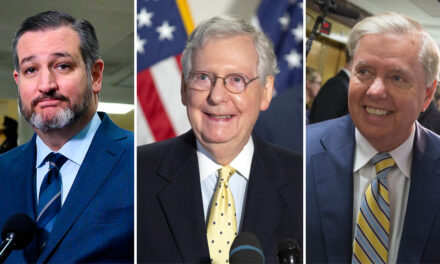