When I wake up tomorrow, it will be the five-year anniversary of the last time I let any alcohol pass my lips. I’ll probably wait until the next day to actually take a moment and reflect on what that accomplishment means for me personally, because the 12th is the anniversary of me being drink-free.

Even after five years, I still retain certain snobbish opinions. For example, no serious person likes to drink IPAs. You might as well just snack on hops pellets. That stuff is awful. I know that hop-heads exist, but I consider them philistines. Could I seriously support one of them for president? That would be a challenge.

BOSTON— Beto O’Rourke last week stopped here for beers. He wasn’t hunting big-dollar donors or votes in a state with a meaningful primary. He instead wanted to stand on a box in the middle of a pub and just let it rip. So that’s what he did. The crowd was young, diverse and notably not reaching to write checks, but they were plenty ready to hear his profane riff on his proposed gun buybacks. He downed a Ricochet IPA while answering their questions and then took his place in the picture line and ordered another. Two women joined him in raising their pints. “Salud,” he said.

That’s the opening of Michael Kruse’s exploration of the “fuck-it phase” of Beto O’Rourke’s presidential campaign. We all have our biases. Some people won’t vote for someone who likes arugula or putting Grey Poupon on their burgers. I’m not inclined to listen to anyone who stands on a soapbox in my pub and tries to pontificate with a Ricochet IPA in their hand. At a minimum, it’s distracting.

O’Rourke’s “common man” approach falls flat with me because I’m kind of a jerk, but I like the impulse to roll the dice and take big chances with his campaign. If I were advising him, I’d tell him to drink some Pabst Blue Ribbon if he wants to convince folks that he’s one of them, but I’m okay with his liberal use of profanity to describe the outrages he sees in Trump’s America. I think it’s a good idea to just go talk to regular folks and create some publicity with unorthodox language and behavior. I’m not sure it means anything more than that Beto realizes that his campaign is stillborn and he won’t revive it with more of the same.

…Last week, though, he was in New York, for CNN’s climate change town hall, and from there he took the budget Bolt Bus to Boston. In the raw aftermath of the shooting in El Paso, the “performance, the ritual … all the editing that goes into speaking when you’re running for office,” he saidduring the drive, “just really evaporated, or didn’t seem important, or I didn’t even really know that I cared at that point.” He described the question that elicited his most memorable response “the stupidest fucking question I’ve ever been asked.” He described himself as “pissed at the world.”

Maybe the August mass shooting in his hometown El Paso Wal-Mart has triggered something in O’Rourke and he doesn’t really care anymore about conventional approaches that won’t change anything for himself or for the country. I’d like to think there’s something to that and he isn’t just adopting a cynical and desperate strategy.  Either way, there’s something refreshing about a politician who is willing to talk in plain unvarnished terms. There have probably been a dozen movies made with that theme, and it’s because there’s always a hunger for authenticity from our leaders. We’d like them to throw out all the polling data and tell the consultants to piss off.  We’d like them to tell the lobbyists to go jump in a lake and to say what they think is right regardless of what their party’s political leadership gives them for talking points. That’s why this gets a lot of people excited.

How, [Beto] was asked by a reporter, would he reassure owners of assault rifles that the government wasn’t coming to take their guns?

“I want to be really clear,” O’Rourke answered. “That’s exactly what we’re going to do.”

Just in case that wasn’t enough, his campaign manager added in a tweet, “GET EVERY ONE OF THOSE GODDAMN GUNS OFF OUR STREETS.”

As an electoral strategy it’s overrated, but that doesn’t mean people don’t find it appealing. Most people don’t understand that political leaders at the presidential level are in charge of a political party. They can steer that political party in certain directions, but they must represent the interests of the people who make up and sustain that party. This includes the party’s elected officials, including the most vulnerable members representing the most at-risk seats, and it includes the major interest groups that give money and volunteers. I’m not even sure why our political parties let the people decide who their nominees will be, as it seems like the folks who actually show up at the local and statewide party meetings should have the final say on that. It’s hard to become the leader of a party if  your basic approach to winning office is to fling poop at the whole establishment and to disparage how they go about their business. Even if you succeed, it’s hard to exercise leadership over a group of people you’ve just stepped on in your quest for power.

Sometimes, when the mood of the country is sufficiently dour, an outsider can win with this approach. We saw it happen in 2016 and we have seen the results. In O’Rourke’s case, he isn’t spending a lot of time blasting away at the party he hopes to lead, but his lack of caution only has consequences for himself at the moment. Were he to be the nominee, that risk would be shared by everyone sharing a ticket with him.  This is why the “fuck-it” strategy works much better in movies than in real life. It’s why it’s easy to say you’ll take away everyone’s guns when you’re at one percent in the polls, but it’s hard to get the whole party to rally around you when you don’t act like you care about their political careers.

For now, the “O’Rourke unleashed” spectacle comes with a lot of applause and it feels really good to see someone just let it rip. But it seems like a luxury he can only afford because he no longer has any hope of winning the nomination and isn’t intent on leading the party.  After having watched Trump take over the GOP with that exact initial set of expectations, I can’t say it will never work for Beto, but it could be that winning that way is Pyrrhic anyway.

Some might say that he should drop out and run for Senate again in Texas. Well, his gun confiscation plan has made that option inoperable for the moment. Texas is turning blue, but it will probably be a long while before it is that blue. 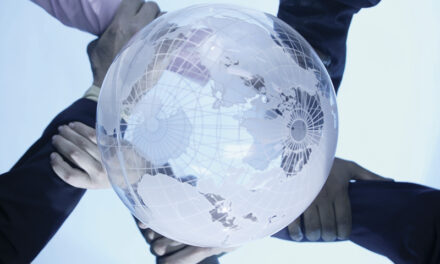 Globalization Has Become the Tool to Defeat Putin