The Middle Eastern Powder Keg is About to Blow 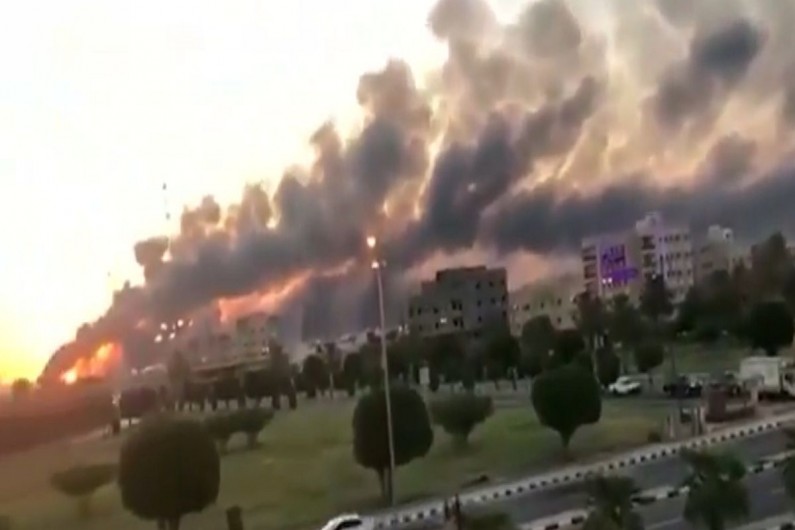 As terrifying as the 9/11 attacks were, they might have been even scarier if they’d been accomplished with unmanned drones. If the technologically had been widely available then, it’s possible that the plotters would have used that strategy instead of the more complicated and risky plan to train pilots and hijack civilian aircraft to use as fuel bombs. The airplane-as-missile option had its advantages and I don’t know that drones could bring down towers as large as the World Trade Center, but at least we had some basic ideas of how to prevent a recurrence.

I don’t know what Saudi Arabia is going to do.

Houthi rebels from Yemen took credit for the attack on two of the Saudi kingdom’s largest oil refineries. Since they are in a loose alliance with Iran, Iran has naturally taken some blame. Yemen is five hundred miles away from the targets, and the American government believes that at least one of the drone was launched from Iraq where Irianian-backed Shiite militias freely operate. Iran denies involvement.

Iran called the U.S. claims “maximum lies,” while a commander in its paramilitary Revolutionary Guard reiterated its forces could strike U.S. military bases across the Mideast with its arsenal of ballistic missiles. A prominent U.S. senator suggested striking Iranian oil refineries in response for the assault claimed by Yemen’s Iran-backed Houthi rebels on Saudi Arabia’s largest oil processing facility.

“Because of the tension and sensitive situation, our region is like a powder keg,” warned Guard Brig. Gen. Amir Ali Hajizadeh. “When these contacts come too close, when forces come into contact with one another, it is possible a conflict happens because of a misunderstanding.”

Aside from the humanitarian concerns that come with any regional war, the international community has a selfish reason for not wanting open warfare to break out in the Persian Gulf. Even these drone strikes were significant enough to cause global pain.

The attack Saturday on Saudi Arabia’s Abqaiq plant and its Khurais oil field led to the interruption of an estimated 5.7 million barrels of the kingdom’s crude oil production per day, equivalent to over 5% of the world’s daily supply.

Gas prices will go up, and the only questions are by how much and for how long, and with what consequences for consumer prices and overall employment levels. We have a large military footprint in the region precisely to prevent these kinds of disruptions. Clearly, a war including ballistic missiles and aerial attacks will be several times more disruptive.

If the Iraq War showed that improvised explosive devices and car bombs can be military equalizers, we have probably reached the drone stage. If Iran wants to, they can utilize drones to harass their enemies in Iraq, Syria, Lebanon, and Israel. So, this isn’t a threat that is limited to Yemen and Saudi Arabia, or even to the Middle East.

I don’t really know what Iran’s involvement is in this case, but I feel pretty certain that they had a role.

Iran, meanwhile, kept up with its own threats Sunday as well. Hajizadeh, the Guard brigadier general who leads its aerospace program, gave an interview published across Iranian media that discussed Iran’s downing of the U.S. drone in July. He said Guard forces were ready for a counterattack if America responded, naming the Al-Udeid Air Base in Qatar and Al-Dhafra Air Base near Abu Dhabi in the United Arab Emirates as immediate targets, as well as Navy ships in the Persian Gulf and the Arabian Sea.

“Wherever they are, it only takes one spark and we hit their vessels, their air bases, their troops,” he said in a video published online with English subtitles.

“Iran will not stop their misbehavior until the consequences become more real, like attacking their refineries, which will break the regime’s back,” Graham wrote on Twitter.

Perhaps because drone strikes are so hard to stop, deterrence becomes more important, which is why the temptation to send a message to Iran is so high. Another factor is that many countries, including prominently India, want to buy Iranian oil without running afoul of sanctions. A disruption of the Saudi supply gives them a stronger argument. Lindsey Graham’s solution is to cripple Iran’s supply so they do not get any political or economic advantage out of the “Houthi” attacks.

It all adds up to a much higher likelihood of war. And war will not prevent economic pain for the rest of us. It will assure it. 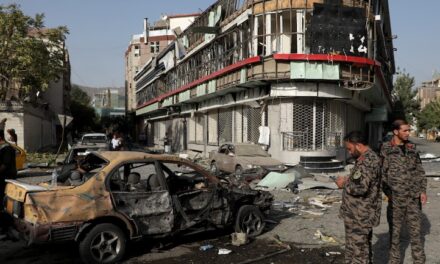