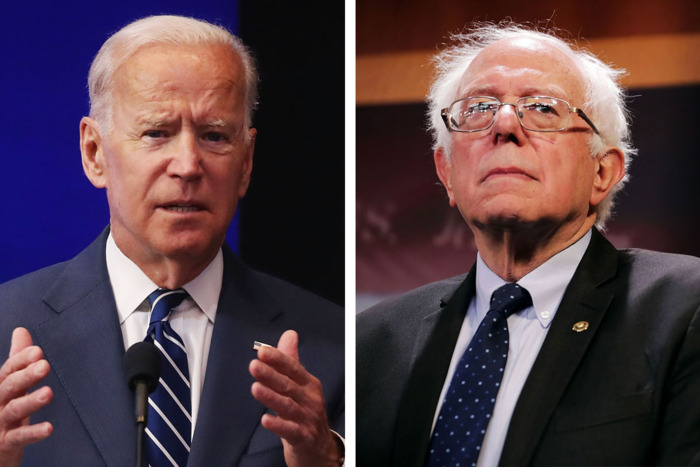 The handwriting is on the wall now, as Joe Biden racks up endorsements and surges in the polls. Democrats are coalescing, and will be eager to put the primary battle behind them so they can focus on beating President Trump.

Four years ago, a surprise victory in Michigan prolonged Bernie Sanders’ campaign without really improving his long odds of winning the nomination. A repeat upset for Sanders in Michigan looks increasingly unlikely to happen on Tuesday. In 2016, Sanders almost won Missouri and crushed Clinton in the Washington State caucuses. Neither of those outcomes are predicted this time around. By Wednesday, Biden will have blocked any plausible path for Sanders to win the nomination outright. He already has the endorsement of all of the major competitors except Warren, who has remained neutral.

Even in a normal year, patience would wear thin on any Democrat who continued to bash the presumptive nominee after the point at which there was no real hope of defeating them. But this is not a normal year in any sense. With the coronavirus ravaging the economy and disrupting all the normal rhythms of life, there’s a real urgency to show that the Democrats have their act together and can step in and return things to normal. If they look chaotic and obsessed with matters that have little to do with the immediate emergency, it will be political malpractice of the highest order.

It’s clear that things have lined up for Biden in a fortuitous way, even if the circumstances are incredibly unfortunate. If there was previously a big debate about whether people want big change or some peace and quiet, the coronavirus pandemic has put that to bed. Folks want stability and security, and the appetite for risk has already been more than sated.

The Republicans will attack Biden mercilessly, and a Democrat or Democratic movement that continues to amplify and lend credence to those attacks will discover a wall of implacable hostility.

This is hard for the Sanders partisans to digest. Just ten days ago they looked like they were on a glide path to taking over the Democratic Party. There’s no preexisting indication of any kind that Sanders or his supporters ever intended to drop out or stop fighting until the last ballot in the primaries was cast. And I very much do not expect them to change their minds about that now.

Certainly, the attacks on Biden will not stop unless Sanders first stops making those attacks himself. He’s not known for his adaptability, but perhaps the magnitude of the current situation will be sufficient to cause some evolution of his views. In the end, his campaign will either serve as a stepping stone to further progressive change or it will be remembered as a potent challenge that had to be crushed and a mistake that should never be repeated. He has a lot of control over that even if events have so far conspired against him.

He can continue on as he always intended, making his case against Biden and trying to accumulate as many delegates as possible. But he can also make a different decision, and explain that the important thing now is to stop infighting and unite to address one of the biggest crises any of us has seen in our lifetimes.

I can’t say fate has been fair here, but fair no longer has anything to do with the situation we’re facing. 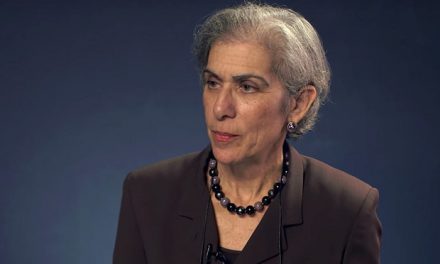 UPenn Tries to Have it Both Ways With Professor Amy Wax

I’m sure that once it becomes clear that there is no path to the nomination that Sanders, rather than go down in history as twice helping Trump get elected, will gracefully withdraw, and demand his supporters stop attacking Democrats because it’s counterproductive to long term progressive goals.

I am similarly cynical.

I’m working on the idea that democrats are counter productive to progressive goals, or something like that. They have become the elites and are having a mite of trouble getting out of the way of working folk.

Anyways I figure LBJ would have passed M4A with a page of an executive order. Simple. Different times.

I came back from Viet Nam and joined the revolution, then watched the counter-revolution unfold for almost five decades. I still support many of the values, but the experience has forced me to be much more circumspect.

Or, to put it another way: Democratic voters have already endured a year-long campaign and they’re ready for it to be over so the focus can shift to working to defeat Trump (and retake the Senate, and as many state legislative chambers as possible). On a related note: Warren keeping quiet about her endorsement for a while longer may be to the party’s benefit and to hers. Of all the candidates, she seemed closest to Sanders. If tomorrow goes badly for Sanders and he’s having trouble accepting defeat, then she may be in a position to help end the race… Read more »

She could be the great healer. That would be very giving of her, since she could have advanced her personal interests as most politicians would.

Don’t know if she wants to, or has any ability to play that role, if called upon. If so, however, it could also advance her own interests…making her a more powerful figure in the Senate, having the kind of clout Ted Kennedy had in later years: trusted by progressives to cut deals, respected by centrists for his pragmatism, known for having a terrific policy shop (both formal and informal) of advisers/legislative artisans and for his far-ranging network of proteges throughout the federal bureaucracy (“personnel is policy”) and the party.

Ironic that Kennedy’s remembered that way when he’s the guy who weakened Carter, resulting in 8 years of Reagan and the last 40 years of right-wing fever.

Yeah, as I indicated (“…in later years”), the Ted Kennedy who’d gotten the family fever dream of him being president out of his system (and who’d gotten sober) played a different and (arguably) more productive role for the party and the nation than the 1970s version did.

That said, the causality around the 1980 election mostly goes the other way: Carter was already weak (and had been a not-very-good president) which in turn created the opening for Kennedy to run. (Running badly is entirely on him.)

Kennedy did weaken him but didn’t Reagan conspire with the Iranians around that time as well?

Since she hasn’t seem fit to endorse them, I wonder if she is not particularly happy about either of the gents?

I don’t think it has much if anything to do with that. When all is said and done, I’m sure she likes Bernie a lot better than she likes Biden. But any choice, including no endorsement, would have to be deeply strategic and very difficult when things are in as tremendous flux as they have been over the past week. It’s a good principle that when you don’t know what to do, do nothing. She’s certainly not going to endorse Sanders now, and if and when she endorses Biden it won’t be because she’s happy with him, but because everybody… Read more »