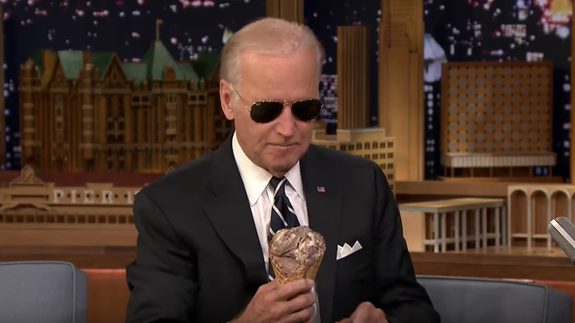 Barry Lynn, the executive director of the Open Markets Institute, has provided a major service to the incoming Biden administration. The fierce anti-monopoly advocate offers a roadmap for the new president to pursue a progressive and transformative presidency without cooperation from Congress.

As Lynn explains, this isn’t just a matter of combining good policy with good politics. It’s really Biden’s only chance at success. It’s a view he fleshes out at greater length in his new book Liberty from All Masters: The New American Autocracy vs. the Will of the People

The Democrats, of course, have a very narrow majority in the House of Representatives, and Senate control hinges on the outcome of those January runoff elections in Georgia. Even if the Democrats win those races and get a 50-50 Senate majority (the vice-president casts tie-breaking votes in the Senate), they can’t end the legislative filibuster because of the opposition of some of their own members, like Joe Manchin of West Virginia. This means legislation will require the assent of at least 10 Republican senators who operate under the leadership of Sen. Mitch McConnell of Kentucky.

Through no fault of his own, Biden’s legislative agenda is blocked for at least the first two years of his presidency, and most likely for the entirety of his first term. He can resign himself to being ineffectual, or he can use the antitrust tools he has at his disposal, and those tools are more powerful than is commonly understood.

On day one, President Biden will be able to strap himself into the cockpit of a governing machine purpose-built during the Wilson and Roosevelt administrations—and fortified by Truman, Dwight Eisenhower, Lyndon Johnson, and even Richard Nixon—to break power, distribute opportunity, build community, protect security, and engage citizens in constructive activities. This system includes agencies with great untapped powers, like the FTC and the Department of Agriculture, which have far-reaching and long-neglected rule-making authority. And it includes strong anti-monopoly powers in just about every office of government, including the Federal Reserve, the Treasury Department, the Federal Communications Commission, the Securities and Exchange Commission, the Defense Department, the Transportation Department, and the Federal Energy Regulatory Commission, among many others.

These powers have lay largely dormant since the Reagan administration when traditional antitrust regulation was gutted in favor of what was supposed to be the advancement of consumer interests. Rather than breaking up monopolies to protect small business owners, farmers, and entrepreneurs, they encouraged corporate concentration believing it would yield greater efficiencies and lower prices. They didn’t repeal the antitrust laws or authorities, but rather chose to enforce them differently, or not at all.

This change was largely continued by the following five administrations, leading to the massive corporate consolidation we see today. But Biden would not need permission from Congress to revert back to the previous practice of antitrust enforcement that prevailed under Democratic and Republican presidents between the Woodrow Wilson and Reagan.

A hidden advantage to this strategy is explained, in part, by understanding how Reagan got away with what Lynn calls “the single most dramatic ideological reversal in American history.” By the time Reagan took office “anti-monopoly enforcement had become so successfully routinized by the early 1980s that few Americans thought much about it.” Since the important changes took place not in Congress but in office spaces throughout the vast federal bureaucracy, the transformation was almost invisible to the public.

It didn’t hurt that Reagan has some ideological support on the left:

It was also because highly influential “progressive” thinkers such as John Kenneth Galbraith and Lester Thurow largely agreed with the underlying goal of Robert Bork and the other libertarian scholars who were advising Reagan. They too favored extreme concentration of corporate power, but, in the tradition of Teddy Roosevelt, they intended it to be under the day-to-day direction of the executive branch.

Biden can capitalize on a similar dynamic. While the public is focused on quarrelsome and unproductive debates on Capitol Hill, he can work behind the scenes to bust up monopolies. He’ll find sympathetic ears on the right where concern about market concentration is on the rise.

Just this week, Republican Texas Attorney General Ken Paxton filed an antitrust lawsuit against Alphabet Inc.’s Google, accusing them of colluding with Facebook to manipulate online advertising exchanges in their favor. Bloomberg Business reports that Clinton-era Independent Counsel Kenneth Starr and his firm will be hired to prosecute the case. Paxton is generally a laughable figure. He is facing allegations of bribery from his own top staff and led a frivolous and menacing lawsuit to overturn the presidential election in four states that went for Biden. The Supreme Court unanimously chose not to overturn those contests. But Paxton has had an interesting footprint when it comes to antitrust. He helped, convince Bill Barr’s Justice Department to bring a major antitrust suit against Google in October. The DOJ case focuses on Google’s use of exclusive contracts to assure its search dominance in browsers and mobile devices.

On Thursday, Google’s monopolistic search practices were challenged by over 30 states in an antitrust case led by the Democratic attorney general of Colorado and the Republican attorney general of Nebraska. Axios reports that it accuses Google of hurting “rival specialized search companies like Yelp or TripAdvisor by favoring its own results” and “using those same tactics to extend its search-related monopolies into emerging technology like smart speakers.”

In addition to the scrutiny Facebook is facing for its role in Google’s ad exchanges, the social networking site’s acquisitions of WhatsApp and Instagram are in the crosshairs of both the Federal Trade Commission and a coalition of attorneys general led by New York’s Letitia James. The suits were jointly announced on December 7 and may be combined. The FTC filing seeks nothing less than the breakup of Facebook.

This extensive and bipartisan push to limit the power of social media giants gives Biden some momentum to push a broader antitrust strategy. While congressional Republicans would surely oppose strengthening antitrust laws –mainly because of the high costs GOP lawmakers pay when they’re seen to be cooperating with the enemy–he may get tacit blessing for tougher enforcement from populist conservative quarters outside the Beltway.

Importantly, however, he won’t require their support. Well-established laws give him the power he needs..

For Lynn, however, it’s important that Biden consider the alterative to getting tough on monopolies:

By contrast, if Biden fails to seize the initiative, he might be remembered as little more than a woebegone regent for Trump in his exile, in Elba by the Sea Florida. And Democrats should be absolutely honest about what a defensive, cautious, backward-looking, tortoise-like Biden administration will deliver, which might be something like the end of democracy in America and around the world.

Failure to use anti-monopolism to seize the initiative would leave Trump’s Republican Party free to use the same populist rhetoric to divide and scatter the Democratic Party in 2022 and 2024, while once again bringing the Koch-funded neoliberal wing of the GOP back into gawky alignment with Trump’s national populist wing.

Trumpism, in part, grew out of the devastation wrought by four decades of lax antitrust enforcement and the loss of economic liberty, opportunity, and growth it wrought. The best way to weaken Trump’s movement is to take on market concentration and revive entrepreneurship and the sense of freedom that has been choked out of so much of America.

If Biden doesn’t take Lynn up on his advice and follow his roadmap, he’s inviting a Trump comeback in four years, and our Republic cannot survive that.

The Broken White House Message (Not the Machine)