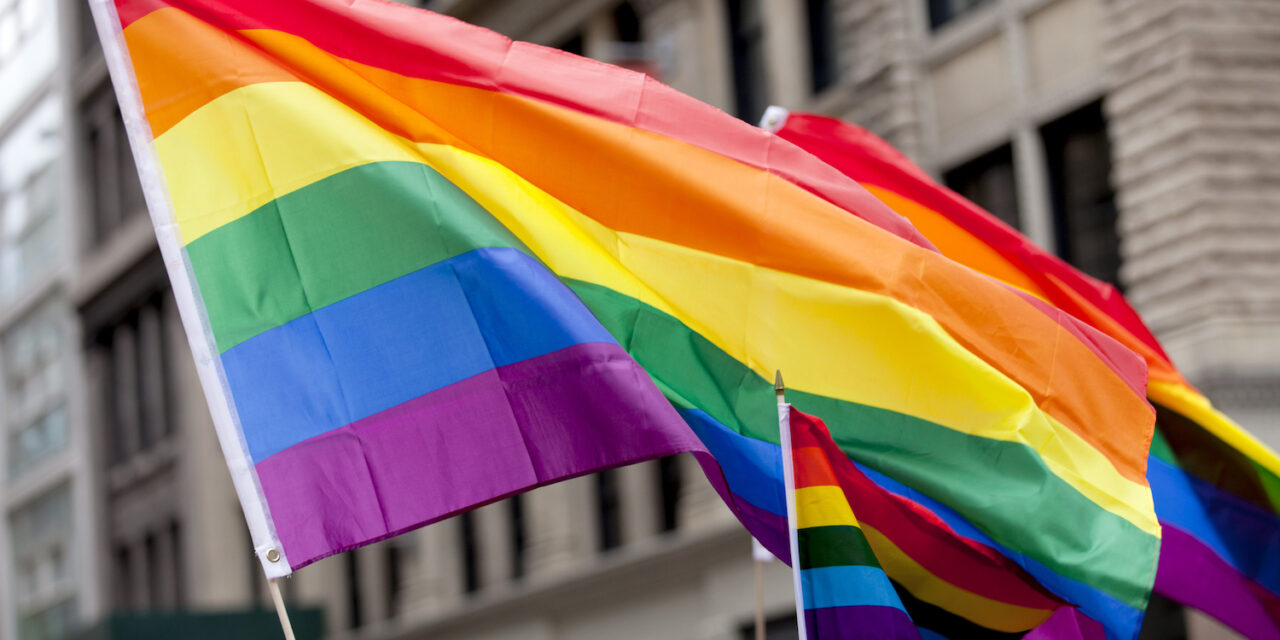 Tanner Greer’s essay is passably good. By the standards of what tries to pass as right-wing intellectualism these days, it’s excellent. It’s something we can actually engage with on the merits, a rarity from a conservative source. I’m even willing to concede his main framing point, which is that the so-called culture war is better understood as a political war.

American conservatives never waged a culture war. Conservatives certainly fought, there is no denying that. They fought with every bit of obstruction and scandal their operatives could muster. But this was not a culture war. Rather, America’s conservatives fought a political war over culture. Republicans used cultural issues to gain—or to try to gain—political power. Their brightest minds and greatest efforts went into securing control of judiciary, developing a judicial philosophy for their appointees, securing control of the Capitol, and developing laws that could be implemented in multiple state houses across the nation. No actual attempt to change the culture was attempted.

Two further things need to be understood about Greer’s thesis before we can analyze it. First, as you can tell from the tense he’s using, he considers the culture war over and lost. The progressives won. Second, the war was not lost because of the outcome of this or that election, but because the culture moved in the progressives’ direction.

If you come at his argument by looking at the state of politics in the country and doubt that the progressives have won anything decisively, you’re going to miss the entirety of his point. The Republicans have not stopped using “every bit of obstruction and scandal their operatives [can] muster” to gain political power. They’re still using culture as a cudgel, and they’re still having plenty of success, including legislatively and in the courts. But the culture is moving on despite this and without them.

Greer believes that the culture moved largely due to the efforts of several decades of hard work by left-wing intellectuals who pursued new ways of thinking that were not popular within their own generations, but found purchase with their children. He doesn’t dive deep into the issues he has in mind, but the culture certainly changed suddenly in a few identifiable areas (e.g. gay rights, prison reform) that fit this description.

It’s important to understand that Greer sees this as a repeating pattern throughout American history. He sees it in the formation of a uniquely American identity in the mid-eighteenth century that eventually clamored for independence. He cites the Great Awakening as arousing abolitionism (and a religiously-based counterargument in defense of slavery) in later generations,  Projecting further, the uptick in piousness fed into the Progressive Era.

Greer emphasizes that culture changes build over time, initially gaining very little before a fault-slip leads to major political consequences. As more modern examples, he cites the civil rights movement of the 1950’s and 1960’s and the libertarian backlash against the New Deal that sprang suddenly into acceptance with Ronald Reagan.

This is a useful way of thinking about culture, politics and generational change. What’s interesting about it is that it’s almost fatalistic. He’s telling his right-wing audience that there’s really nothing they can do about losing the culture war. It’s ordained in the values of Millennials and Generation Z, and their values will change little as they age. For the next twenty years at a minimum, these more progressive values will be ascendant.

Yet, his true message is different. He’s identifying where conservatives actually have agency. I’ll let him explain:

Generational churn helps account for the “gradually, then suddenly” tempo of social revolution. Cultural insurgents win few converts in their own cohort. They can, however, build up a system of ideas and institutions which will preserve and refine the ideals they hope their community will adopt in the future. The real target of these ideas are not their contemporaries, but their contemporaries’ children and grandchildren. Culture wars are fought for the hearts of the unborn. Future generations will be open to values the current generation rejects outright.

This will not be apparent at first. Beneath the official comings and goings of the cohorts above, a new consensus forms in in the cohorts below. Ideas will fester among the young, but their impact will be hidden by the inability and inexperience of youth. But the youth do not stay young. Eventually a transition point arrives.

So, he’s talking about the long game. If conservatives focus on near-term goals, they’re bound to be disappointed, but if they model themselves after early organizers against segregation or for gay rights, they can lay the groundwork for a future comeback. Initially, their ideas won’t be popular or gain wide acceptance, but they can be seeds that sprout later on.

It’s not bad advice but there are some problems here. One is that this is a very weak kind of agency for at least two reasons. First, by his own analysis, there will always come a time when the rules and norms that have been established are unable to meet the challenges of the day, and this is when alternative ideas get their big chance. Socialism isn’t a new idea, but people who came of age during the Great Recession look it at more favorably than people who lived through Cold War. When people are driven by circumstance, that’s not agency.

Second, we’re all familiar with the tension between organizers who are issue-driven and political operatives who just want to win. Both the left and the right can only be understood by looking how these two groups intersect and interact. A real strategy for change must utilize both, but Greer’s argument sounds like an abandonment of one in favor of the other.

That might be reasonable. Conservative quietism could be the best option at the moment, especially if you’re an intellectual. The GOP is currently about as bankrupt as it can get in the currency of ideas, which is why everything seem focused on lies and propaganda. Let the knuckleheads brawl on social media and cable television and in Congress, while serious people get to work coming up with alternatives to the status quo that might have appeal in the future.

But that doesn’t explain how the thinkers will work with the operatives as any kind of cohesive movement.

Another interesting thing about Greer’s essay is that it’s really hard to define as either optimistic or pessimistic. It’s clear that he has a defeatist message, but he’s arguing that all is not lost and offering a strategy that provides hope.

Ultimately, I have a hard time identifying with the pessimism in the piece because I see conservatives as very much alive in the culture fight. Their Supreme Court majority isn’t going anywhere, and they’ve got Congress tied in knots. They’re close to even money to win control of both houses of Congress in the midterms, especially with the assistance of their massive voter suppression efforts. I guess Greer is saying that none of this is going to hold because the youngest generations are going to reject it with real prejudice.

That’s what I’m hoping, but I’m not feeling very confident at the moment.

Avoiding the Political Southification of the North

I’ve wanted to do a thought experiment, but it’s more of an imaginative historical survey. But the basic question is: which intellectuals and political thinkers of the past (say, from about 1750-1950) would be generally happy with how the United States is today? I think, for instance, Mark Twain would be quite pleased with where the US has been recently in terms of technology, values, and world leadership. Obviously, Calhoun and his ilk will be quite unhappy.

So this question of fatalism: are conservatives always bound to hate the future? Is this just a part of being a conservative?

Fascinating comment! At their core, are conservatives incapable of accepting the impermanence of all things? That is, at it’s heart, an unwillingness to come to terms with death. Perhaps that’s why they cling to their gods, guns, and religion

For purposes of simplification, the government is run out of Washington, while the culture is Hollywood and New York. The culture successfully resisted when Republicans took control of government. This is a good thing, but by no means destined to be or certain to persist. I’m worried less by SCOTUS and Mitch McConnell, more by the pessimism of the Left. People need to believe in a future. People need a narrative. It’s not enough to re-hash the past, we need to show the way forward.

Is culture run out of Hollywood and New York, or does the entertainment industry simply provide what they think their consumers want? I think it is more the latter than the former.

I believe that society’s rapid acceptance of same-sex marriage radicalized the American right. The change came swiftly and the political elites lagged behind the curve. In 2008, Obama tepidly supported civil unions but not full marriage. In about a decade we went from the Defense of Marriage Act to fully legal same-sex marriage. It’s that loss of cultural hegemony that scares the bejeezus out of conservatives.

Another way to put it is this. The currently dominant brand of Republicans are a disgrace to the very culture they claim to represent. Law is essentially conservative (with a small “c”, and in the same sense the Constitution is inherently conservative (as the foundation of core American principles on the basis of which we adapt to changing conditions). That is why people like Biden, but by the same token also Bernie Sanders and Elizabeth Warren, are in the true meaning of the word far more conservative than the short-sighted, opportunistic sociopaths and cultists that control today’s Republican party, who… Read more »

Conservatives have a delicate balancing act–they can’t “win” the culture wars, else their grievance politics and anger motivated base will fail them. But then they need an excuse for failing, hence the conspiracies. There is an additional crisis conservatives are facing–too many conservative groups trying to fleece the same flock.

Conservatives like Tanner Greer are always cagey about what it is they are trying to conserve.