Over at Lawyers, Guns, and Money, Scott Lemieux highlights some NY Magazine (paywall) reporting on the impact of Bidenomics:

[I]t rendered employers more desperate for hired help to keep pace with rising demand. Second, it enabled workers to accrue a cushion of personal savings — and therefore the power to hold out for more-favorable employment opportunities without risking hunger or eviction. In July 2021, America’s unemployment rate was roughly two points higher than it had been on the eve of the pandemic, yet the median worker’s checking-account balance was higher than it had been before COVID.

The result is an exceptionally tight labor market. In August, the U.S. had more job openings than at any time in history. Employers that had refused to interview “unskilled” workers started “offering gift cards to applicants who show up for interviews, along with sign-on and retention bonuses, and sometimes immediate employment before drug screenings and background checks,” according to The Wall Street Journal.

On a related note, Slate reports that after years (decades) of being ghosted by potential employers, job seekers are now returning the favor—and HR doesn’t like it one little bit.

In today’s topsy-turvy job market, a strange new thing is happening. Employers are increasingly grumbling about job seekers “ghosting” them. These job candidates just don’t show up for their scheduled interviews. And in some cases, new hires accept a job only to disappear…

Employers, unsurprisingly, do not like this. It’s rude, they say, and unprofessional. And sure, it is. But employers have been doing this to workers for years, and their hand-wringing didn’t start until the tables were turned.

For years I’ve fielded questions from job seekers frustrated at being ghosted by job interviewers. They would take time off from work, maybe buy a new suit, spend time interviewing—often doing second, third, and even fourth rounds of interviews—and then never hear from the employer again. They’d politely inquire about the status of their application and just get silence back. Or they would make time for a phone interview—scheduled at the employer’s behest—and the call would never come. When they’d try to get in touch about rescheduling … crickets. It’s been so endemic that I’ve long advised job seekers to expect never to hear back from employers, and to simply see it as an unavoidable part of job searching.

But now that the situation is finally reversed, oh the schadenfreude!

Schadenfreude indeed! There’s a truly enjoyable Reddit thread on this very topic—especially if you’re one of the millions of American workers who’s applied for a job, jumped through a dozen different hoops, and didn’t get so much as a basic “we received your application” in response. I’m one of them and stories like these resonate strongly with me.

About 5 or 6 years ago I had a job offer. I accepted. I followed up repeatedly, but was ghosted.

2 months later, I receive an interview offer from the same company. I showed up hoping to find out what happened. When the interview started, I showed the offer email I’d received. The interviewer was not surprised.

I was sent to do the onboarding paperwork at the job site. They said they’d contact me with start date/time. I was ghosted again.

I ended up accepting a different job and began working there. About a month later, I received a call from that first place asking when I was coming to work. I told them what happened.

Sure. I wasted your time.

I made it to the panel interview part of hiring with a large auto manufacturer to work in their technology department. This was during their HQ relocation from California to Texas. After the panel interview, the HR recruiter and I had a call discussing salary and benefits, but was not finalized at that time. Was told would continue on after the panel had completed their interviews.

After reaching out multiple times email and phone, I realized I was ghosted, accepted it and moved on.

Over the next 6 months to a year, I recieved multiple contacts through LinkedIn from other recruiters and headhunters trying to fill this position that I was a “perfect” candidate for. If they only knew…I ignored them all as I had moved on. Just this last month I recieved communication from this company’s own HR/recruiting platform asking if I was interested in a job posting.

I did a zoom interview for a job over a month ago with the manager and new regional manager that decided to stay hidden which was fucking weird. They asked me the regular bullshit, and the new regional manager’s contribution was to ask me what fucking super hero I want to be. I agree to take the job, and now we’re doing a background.

Fast forward well over a month and I cleared my background check, but obviously I took another job because they fucking ghosted me. The idea that these dipshits think they have carte blanche with prospective employees is beyond laughable. I feel sorry for whatever sucker takes that job.

This is my company. It took 2 months of them searching for another person to help our team with the insane volume of work before I decided to see what the fuck was posted on the job search platforms. On LinkedIn it showed that over 800! people had applied. When I went to my boss and ask him wtf is going on he simply shrugged with a “we’re having interviews but no one clicks with us yet”. Bs, I later found out that they were offering lower than industry standard wages, and that candidates simply declined such offers (it took 7 months to fill the position).

And so on and so forth. Back when I was still blogging at my place, I had an entire category titled “Great Cover Letters That Don’t Get Jobs.” I have written hundreds of them. When I was on unemployment in Tennessee, I had to send out something like 3 letters/week for work just to keep getting my measly $250/week or whatever they were paying. The vast majority got no response at all, although I did get a few rejections—issued MORE THAN A YEAR after I’d applied. On one occasion, I was called in to interview for a position that I learned, mid-interview, didn’t even exist—they just wanted to see if my personality was a good fit if, by chance, they were hiring at a later date. If I had a nickel for every time I didn’t get so much as an automated acknowledgement for a job application, I’d be able to buy a yacht (or at least have a substantial pile of nickels).

All of these letters took HOURS to research and write. I’d target the letters to the position/employer, and then tailor my résumé accordingly, only to get ghosted or otherwise ignored despite my work history and qualifications. I know for a fact that that’s SOP for most businesses. For example, when I worked at the University of Pennsylvania, I learned the ONLY reason HR even posted “open jobs” was for the appearance of living up to EOE guidelines; in reality they had already chosen who they were hiring (usually an internal candidate), but kept up the front anyway. One of the reasons I went into teaching was that it meant I’d have a guaranteed job—because, for real, I can’t write those letters anymore. I just can’t. It simply got to the point where I’d see an opportunity show up in my email, and I’d just freeze up. I can’t call it a panic attack, exactly—more like an ennui attack. Am I really going to sit here and write another one of these fucking things? And then both upload my résumé AND then paste it in line by line, as required [if you haven’t had to search for a job recently, you’ll be delighted to learn this time-wasting redundancy is a real thing]. And then complete the pointless psychological test to see if I’m the right personality for the company? And then agree to piss in a cup if they require it, even though it’s just a shitty data entry job? And then send it out to some anonymous “HR Manager,” because they specifically say “no calls?” And then send a follow-up letter a few weeks later, and never receive a response to that either? Am I going to do this AGAIN?

This is something I dealt with for YEARS. So yes, I really DO enjoy a nice cupful of HR tears

I work in the public sector and we are seeing plenty of candidates disappearing. Although we have worked on pay the last few years, we are not competitive. Our governing body became very used to the job market conditions during the recession and for several years after where the employer had all the leverage. They are only now beginning to realize how the roles have reversed.

For example, we have been trying to fill one of our entry-level positions for the last year:

Second go-around: four qualified applicants, only two showed for interviews. Offered the job to both and they declined.

Third time’s the charm, right: We hired somebody and on their third day they didn’t show up to work. Never contacted us and wouldn’t return our calls.

Now we’re in the middle of try number four. We have a conditional offer but the candidate has pushed the start date back twice. We’ll see.

Oh boohoohoo, cry me a river—because (via Slate) “given how many jobs I took the time and resources to apply to, research and show up for an interview who then never bothered to thank me for my time or let me know they filled the position, I can’t even summon up a little bit of empathy for this.”

Is it fair or nice or professional for prospective employees to ghost potential employers? Probably not—but it’s also sauce for the gander. And, it may not even be deliberate—as one of the people interviewed by Slate asked, “If it’s unprofessional and rude to ghost someone in business communications, then why have employers been doing just this for years? It seems perfectly rational to conclude that since they have been ghosting applicants for years, therefore ghosting is normal and acceptable in business.”

Employers decided it was a poor use of time to answer every applicant. Those looking for work shouldn’t be excoriated for engaging in the same time-saving behavior. Give people respect and they’ll give you respect back

The Foods We Eat Part I: rBGH 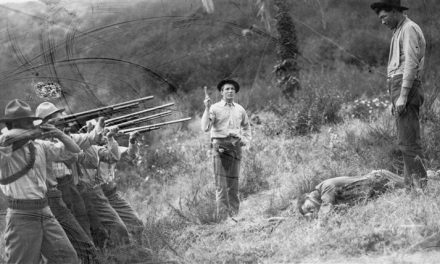