Why does the Christian right hate America? They hate our freedoms. They don’t like women being treated as equals. And they try to justify their political views as biblical based.

For quite a long time, women resisted the feminist call to play sports, since they just weren’t interested like men were. But this didn’t sit well with the feminists; they felt this was the fault of male oppression. In the name of “equality,” feminist leaders poked and prodded and pushed women to join the games, until women in droves finally succumbed to the pressure. (from Carnacki: those women, always succumbing to pressure in droves) I think this should give us strong reason to pause and consider the question, “Should women participate in sports?”Over the years I’ve noticed that Christian parents, as much as any parents, encourage their daughters to participate in sports. This is all the rage in our public schools, especially since the passage of Title IX by the feminists. Since most Christian parents send their children to the public schools, it doesn’t surprise many of us that Christians are influenced more by the secular school culture than by the culture of the Church. Worse, the Church itself is being more heavily influenced by the culture instead of the other way around. One of the trends in schools is the participation in sports by women; therefore it shouldn’t surprise us that so many Christian daughters today participate in sports. But is this really all that bad? For those of us who believe we should train our daughters according to Titus 2, 1 Peter 3, and other Biblical passages, my answer is “Yes, it is not good.” I propose that sports greatly hinders the development of godly, Biblical, feminine character. Parents today expend extraordinary amounts of time and energy taking their daughters from one sports event to another, week after week, even to the point where it exhausts the family and family resources. The fruits we see are that today’s Christian women are often ill-prepared to be Biblically obedient wives and mothers. This brings to mind a couple of questions: “Why do we spend so much time preparing our daughters to play sports?” and “What does it prepare them for in the future?” My answer is that sports prepare women to be more like men. Instead of spending all that time preparing our daughters as the Bible directs, we are training them to be like men so they can better compete with men in traditionally masculine roles – i.e., compete with them in the workforce, in politics, in the military, and in sports.

Recreational sports for women is okay with the author — as long as it is on an occasional basis. That’s funny. I missed the passage in the Bible that said, “Thou shalt not play competitive women’s basketball.”

The Bible talks about women developing a quiet and gentle spirit; I think sports fosters anything but that. They instead develop a competitive and contentious spirit that will cause them to have great difficulty in their marriages. I already mentioned that the effort expended on sports will hinder the development of wifely duties around the home; even worse is when a man has to compete against his own wife in the workplace and community.

We have a nation filled with weak men and disorderly women. Much of the disorderliness among women comes from feminist influences and activities like competitive sports. Weakened marriages and divorce are often the result. Most men I know admire a woman who is reasonably healthy and fit; they are also attracted to a woman who is somewhat “soft” and cuddly. This does not mean she should be delicate like tissue paper; no, a woman should be reasonably strong, and the normal duties of life will make her that way.

What do we know about the Christian right? They hate America for our freedoms; they see us as a land of “weak men and disorderly women”; women should stay in the home and not play competitive sports or compete with men in the community or workplace; women do not have the right to control their lives.

Do Christian fundamentalists realize how much their screeds sound like those from Osama bin Laden and the Taliban?

Is a Cheating Incident Good or Bad for Chess? 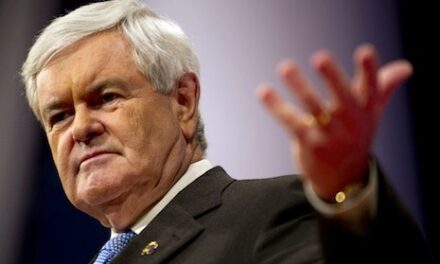 Will My Kids Need Passports in AZ?