Despite the rantings of Rush Limbaugh and his ilk, the evidence is piling up that human causes are causing climate change on a global level.

So what is the Bush administration doing about it? Weakening environmental laws to allow damage to occur at an even faster rate

A new study by a public policy groupshows that it may already be too late.

“There’s never been any doubt that there’s going to be some warming from greenhouse gases,” noted Marlo Lewis, an analyst with of the Competitive Enterprise Institute, a public policy group that advocates limited government and free-market solutions to global environmental problems. “This simply affirms that there isn’t much we can do about it.”

Two major new computer simulations predict that the snowballing effect of past emissions — the retention of heat in the ocean and the long lifetime of greenhouse gases in the atmosphere — will continue to drive global climate change for the rest of the century.

The computer simulations, the first to measure “committed” changes to future climate from past emissions, show that even if no more greenhouse gases are added to the atmosphere, average global temperatures will rise about a degree and sea level will rise 8 inches by the end of the century. Sea level has risen less than two inches in the last century.

“Many people don’t realize that we are committed right now to a significant amount of global warming and sea level rise,” said Gerald Meehl of the National Center for Atmospheric Research. “The longer we wait to do something about it, the more change we will have.”

And the United States is exporting, unfortunately it’s not a product we can feel proud of.
PhysOrg, an online journal of physics and technology news, also has details on the U.S. exporting of nitrogen pollutions.

The United States is exporting nitrogen pollution beyond its borders, and some may even be reaching western Europe, according to a recent data analysis by scientists at the National Center for Atmospheric Research (NCAR) in Boulder, Colo. and the University of New Hampshire. At the same time, however, most of the nitrogen pollution produced in Western Europe is deposited within its own boundaries.

Nitrogen emission and deposition have accelerated significantly over the past century and a half, especially in the Northern Hemisphere, thanks to a combination of human population growth, fossil-fuel consumption, deforestation and intensified agriculture. The result is higher levels of nitrogen entering the atmosphere in trace gases, notably nitrogen oxides (NOx) and ammonia (NH3). These pollutants are best known for their role in the formation of acid rain, which damages lakes and ecosystems, and in the creation of ozone, which harms living tissue and decreases plant production.

Coal-fire electric generating plants are the cause of most of the pollution. Utility companies had made progress on new technologies to remove nitrogen and other pollutants and had begun to replace dirty, older plants with cleaner operating plants. The Bush administration removed all of the economic incentives to upgrade the pollution technologies.

The administration pushes back the need to add emission controls on the power plants to 2018 and allows for emissions that are much higher than the current standards. So not only is the pollution destroying the environment at the current levels, the Bush administration is allowing for standards that will make the problem even worse.

There’s a good article: “Countering despair with the momentum of hope” although it is more optimistic than I am that action will be taken to prevent disaster.
Link here http://www.medialens.org/alerts/2005/050301_Earth_Really_Finished.htm
There’s also a lot of despair in the article too for one claiming to be optimistic.


At such a desperate moment in the planet’s history, we could simply throw up our hands in despair, or we could try to reduce the likelihood of the worst predictions coming true. The corporate media has yet to examine its own role in setting up huge obstacles to the latter option of hope.
Consider, for example, Michael McCarthy, environment editor of the Independent. McCarthy described how he “was taken aback” at dramatic scientific warnings of “major new threats” at a recent climate conference in Exeter. One frightening prospect is the collapse of the West Antarctic ice sheet, previously considered stable, which would lead to a 5-metre rise in global sea level. As McCarthy notes dramatically: “Goodbye London; goodbye Bangladesh”.
On the way back from Exeter on the train, he mulls over the conference findings with Paul Brown, environment correspondent of the Guardian:
“By the time we reached London we knew what the conclusion was. I said: ‘The earth is finished.’ Paul said: ‘It is, yes.’ We both shook our heads and gave that half-laugh that is sparked by incredulity. So many environmental scare stories, over the years; I never dreamed of such a one as this.
“And what will our children make of our generation, who let this planet, so lovingly created, go to waste?” (McCarthy, ‘Slouching towards disaster’, The Tablet, 12 February, 2005; available at http://www.gci.org.uk/articles/Tablet.pdf)
This is a remarkably bleak conclusion. McCarthy glibly notes the “inevitability of what [is] going to happen”, namely: “The earth is finished.” We applaud the journalist for presenting the reality of human-caused climate change. But the resignation, and the apparent lack of any resolve to avert catastrophe, is irresponsible. As Noam Chomsky has put it in a different, though related, context:
“We are faced with a kind of Pascal’s wager: assume the worst and it will surely arrive: commit oneself to the struggle for freedom and justice, and its cause may be advanced.” (Chomsky, ‘Deterring Democracy’, Vintage, London, 1992, p. 64)
Following McCarthy’s anguished return to the Independent’s comfortable offices in London, one searches in vain for his penetrating news reports on how corporate greed and government complicity have dragged humanity into this abyss. One searches in vain, too, for anything similar by Paul Brown in The Guardian.
The notion of government and big business perpetrating climate crimes against humanity is simply off the news agenda. A collective madness of suffocating silence pervades the media, afflicting even those editors and journalists that we are supposed to regard as the best.

But the article concludes with


Although Meyer is at times understandably somewhat despondent at the enormity of the task ahead, he sees fruitful signs in the global grassroots push for sustainable development, something which “is impossible without personal and human development. These are things we have to work for so hope has momentum as well as motive.” (‘GCI’s Meyer looks ahead’, interview with Energy Argus, December 2004, p. 15; reprinted in http://www.gci.org.uk/briefings/EAC_document_3.pdf, p. 27)
And that momentum of hope is building. C&C has attracted statements of support from leading politicians and grassroots groups in a majority of the world’s countries, including the Africa Group, the Non-Aligned Movement, China and India. C&C may well be the only approach to greenhouse emissions that developing countries are willing to accept. That, in turn, should grab the attention of even the US; the Bush administration rejected the Kyoto protocol ostensibly, at least, because the agreement requires no commitments from developing nations. Kyoto involves only trivial cuts in greenhouse gas emissions, as we noted above, and the agreement will expire in 2012. A replacement agreement is needed fast.
On a sane planet, politicians and the media would now be clamouring to introduce C&C as a truly global, logical and equitable framework for stabilising the atmospheric concentration of carbon dioxide. Rational and balanced coverage of climate change would be devoting considerable resources to discussion of this groundbreaking proposal. It would be central to news reports of international climate meetings as a way out of the deadlock of negotiations; Jon Snow of Channel 4 news would be hosting hour-long live debates; the BBC’s Jeremy Paxman would demand of government ministers why they had not yet signed up to C&C; ITN’s Trevor Macdonald would present special documentaries from a multimillion pound ITN television studio; newspaper editorials would analyse the implications of C&C for sensible energy policies and tax regimes; Friends of the Earth and Greenpeace would be endlessly promoting C&C to their supporters. Instead, a horrible silence prevails. 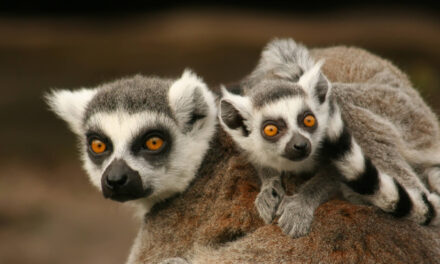 Thoughts on Ukraine and Biodiversity