Tiny Iceland Stands Up to USA and for a Flawed Genius

Do you play chess? I do but very badly. So a lot of my time I spend playing through the games of the masters.

Does that make me some sort of a geek? No. It is no different to my listening to the sounds of bassist Charles Mingus and to the Chopin Etudes being played by Vladimir Ashkenazy  or looking in awe at a painting by Whistler or Manet.

All these, including the great chess games, are beautiful expressions of inspirational brilliance and of almost a type of mathematical perfection. They represent consummate artistry. With none of the skills, I am able only to admire and to learn and I am grateful for being able to do so.

Which brings me to Bobby Fischer, one of the greatest chess geniuses of all time. 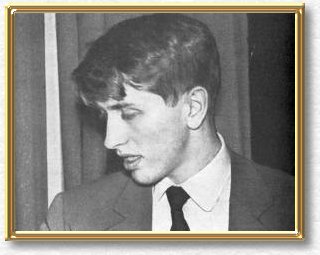 To you, he may be a racist Jew hater, a traitor who traded with the Soviets, a mentally sick avoider of income tax, a man who wished soon after the 9/11 attacks for your country to be wiped off the face of the earth.

Or he may appear to you to be just one of the world’s greatest chess players with a flawed personality that let loose an uncontrollable and incoherent anger in widely publicised radio interviews on obscure Philipino and Budapest radio stations.

I cannot condone what he has said. I cannot justify the rightness of his source of anger. The singer is undoubtedly flawed; but, ah, I cannot but love the quality of songs played on the one instrument that he truly knows how to play.

This Chicago born, Brooklyn bred son of a divorced mother became a World Champion saying from the age of six “All I want to do, ever, is play chess.”

If only that is all he had done. It is all that I can applaud him for; but it is of such greatness that for me it over-rides all else.

Let us be clear, Fischer fled the US after pocketing $3million  from supposedly breaking the law by playing chess in Sveti Stefan in 1992.

Except there was no law against doing what he did. All that existed was a presidential order by George Bush sen. asking all Americans not to trade with the Yugos.  To many, this is another case  of a Bush believing he can rule and influence the lives of 250 million people or more, not by law but by simple decree.

Continually at odds with FIDE, the governing world chess federation, and with his home country that wanted to prosecute him, his anger grew and ate into his brittle mind. Hence his anger at what he saw as a Jewish chess conspiracy and a corrupt and evil government. A sick anger leading to sick thoughts.

There were many ways to deal with it. The US chose  to continue to seek to prosecute him and put pressure on Japan not to allow him to exit that country.  Only tiny Iceland was brave enough to stand up to the US and make Fischer an Icelandic citizen. Now he is to go to his new home as this  Boston news story explains:

” Iceland’s parliament had granted Fischer, 62, citizenship on Monday, opening the door for the fugitive American to settle in the tiny North Atlantic republic, where he won the world title in 1972 in a classic Cold War encounter with Soviet champion Boris Spassky, a victory that made him something of a hero in Iceland.

So is Fischer a racist traitor or is he, as some believe, or  “a revolutionary in that he refutes the concept of Soviet-style government in the US.”?

I honestly don’t care. To me he was a chess player who wrote the music of some great games that I love to replay. You can do so as well.  Go to this   site and replay one of his games there or download 879 of them.

If Fischer is the flawed genius of this whole story, then to me the heroes are the Icelandic people.

A Message for Disgruntled Progressives