IRS to use Private Collection Agencies

I was doing a little research and accidentally came across this little stink bomb: the IRS is going to hire private collection agencies to squeeze errant taxpayers.

The Internal Revenue Service, which estimates that more than 1 million people cheated on their taxes last year, is about to do what private businesses have been doing for years: hire collection agencies to go after the nonpayers.

Well, you say, it’s not as if some guy named Vito is going to threaten to break your legs, right? Oh yeah… right

Especially worrisome to critics is a provision that calls for private contractors to receive up to 25 percent of the money they recover — something that could encourage aggressive tactics.

Isn’t that just special? Do Conservatives really think that this will make government smaller? Will it enhance our right to privacy? Isn’t funneling government money to private corporations just stealing? Maybe huge tax cuts and the resulting cuts in revenue have a teensie bit to do with this?

“In general, I support privatization, but in this case, I’m concerned about civil liberties,” said Chris Edwards, an expert on tax policy at the Cato Institute, a free-market Washington, D.C., think-tank.

“Taxation is something the government uniquely does. The government has coercive power over individuals to pay up. That should be a government function, not a private one.”

Given recent high-profile identity theft cases and security lapses at major companies, privacy advocates are concerned about releasing so much personal data to private contractors.

Under the plan, set to start by the end of the year, the government would transmit Social Security numbers and other information on tax evaders to one of as many as 12 companies that land the contracts.

Proponents point out that more than 40 states use private companies to recoup taxes.

Deputy IRS Commissioner Rich Morgante said that outside collectors will not steal government jobs, but rather build on the agency’s existing efforts.

“We have a backlog of cases and not enough people to do this work,” he said.

Morgante, who is leading the project, said the IRS would use outsiders on the easiest cases — ones in which, for example, a taxpayer has admitted owing money but hasn’t paid.

That would free federal employees to take on more complicated cases that require enforcement action, such as seizing property and filing liens.

And although the collection firm’s compensation will be tied to collections, the pay of individual employees will not, according to the plan, which is being completed.

“The company will get paid that way, but the workers won’t,” he said. “They are going to be held to the same standards as government employees.”

Since the late 1980s, the IRS has struggled to catch cheats and collect unpaid taxes as the volume of returns has risen and its staff has shrunk.

From 1988 to 2003, the number of individual returns grew by 26 percent, while the IRS’ permanent staff dropped 31 percent, according to Transactional Records Access Clearinghouse, a research group affiliated with Syracuse University.

During this period, the IRS tested a privatization program. Private companies earning flat fees were hired to contact about 125,000 tax evaders and remind them of their overdue bills but not arrange payment.

Congress canceled the project midway after discovering it was costing more than it was making. A treasury audit also found that contractors had called outside of allowed hours — either too early in the morning or too late at night — and failed to protect sensitive data.

But those who want to try again say technology has improved, and companies have more experience doing this kind of work for governments.

Morgante said 81 companies have shown interest in the federal work.

Using the Education Department’s student loan recovery program as a model, contractors could expect to pocket about 17 percent of what they collect, a debt recovery expert said. The rate could be higher initially to help lessen start-up costs.

But Colleen Kelley, the president of the National Treasury Employees Union, which represents IRS workers, said that any plan that ties collections to profit will spur aggressive tactics and undo reforms Congress enacted in 1998 to curb abuses.

In 1997, the Senate held hearings, stretching over three days, on IRS “horror stories.” Leading segments on the evening news showed agency employees, hidden behind screens with their voices disguised, accusing management of targeting the poor.

Internal audits released the next year found that the IRS had improperly seized property from taxpayers in more than 25 percent of cases studied from 1997.

This is going to be a return to the old thug-like tactics of the IRS, this time perpatrated by private collection agencies with everything to gain. Read the whole article here This story is passing way under the radar at this point. The article also says that contracts will be awarded and the system in place by the end of this year. Another example of the horrors that are America Under Bush. Cross posted at dkos. 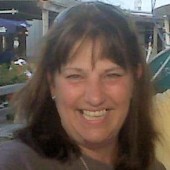 The So-Called "War on Drugs"

The Bombed Bridges of Baghdad

Mayor To Get Pentagon Channel Statewide