Cross-posted at DailyKos (oh, the stories being posted).

To keep health coverage, reports Los Angeles Times reporter Daniel Costello, “more workers are cutting back on food, heat and other necessities. Still, many of them eventually will lose the battle.” (More from the article, “At What Cost?,” below the fold, with a poll.)

Examples of how people sacrifice:

Terri MATTHEWS, a teacher’s aide in East Palo Alto, spends $613 a month for her family’s health insurance — 24% of her take-home pay. Rather than go without coverage, she skimps on other needs; her heat has been turned off twice in the last year and she recently had to drop her car insurance.


Peggy McPhee, a 52-year-old bridal dressmaker in Santa Rosa, spends more than a quarter of her salary on health insurance. She’s recently given up her cellphone, buys clothing only at garage sales and no longer turns on her heat in the winter.


Ron Dybas, of Los Banos, chose to close his lumber company two months ago after 17 years in business. He says he took a job with a company that offers benefits after he no longer could afford to spend nearly a third of his income insuring his family.

“As employees continue to absorb more of their healthcare costs, an increasing number of people — even healthy ones — are drastically altering their lives simply to hold on to their insurance,” reports the LA Times.

They are delaying homeownership, putting off saving for their children’s education, or otherwise sacrificing their financial security to guard against a catastrophic medical bill.


Many people, especially lower- and middle-class workers and the chronically ill, are beginning to spend a once-unimaginable share of their income on health coverage. In some cases, health costs have become the single biggest expense in family budgets.


Between 2000 and 2004, the number of people spending more than 25% of their earnings on healthcare — a figure normally associated with homeownership — rose by nearly a fourth to 14.3 million people, according to Washington, D.C.-based Families USA, a healthcare advocacy group. Over the same period, according to the Kaiser Family Foundation, health premiums rose an average of 59%; federal data show the average employee’s earnings rose 12.4%.


“Healthcare has always been expensive. But it’s become more than that now,” says Glenn Melnick, a Rand Corp. economist and a USC professor of healthcare finance. “How much of someone’s income is too much to spend on healthcare? 10%? 30%?”

ObamaCare Will Reshape the Electorate

Health Care is a Human Right, Not a Commodity 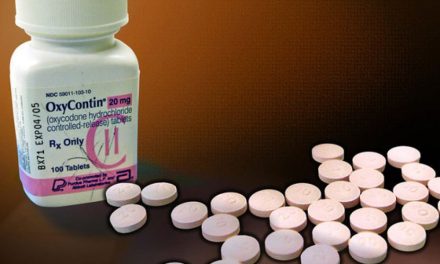