“As the Senate Intelligence Committee convenes to consider the nomination of John Negroponte to be Director of National Intelligence, the National Security Archive today posted hundreds of his cables written from the U.S. Embassy in Tegucigalpa between late 1981 and 1984. …


“Conspicuously absent from the cable traffic, however, is reporting on human rights atrocities that were committed by the Honduran military and its secret police unit …”


Newly released documents, reports the Washington Post, confirm that Negroponte was active in the Iran-Contra effort. In a “back channel” July 1983 message, Negroponte wrote, “Hondurans believe special project is as important as ever.” “Special project,” says WaPo, “was code for the secret arming of contra rebels from bases in Honduras — a cause championed by Negroponte.”

Cross-posted at DailyKos. More below . . .
The cables and memos from the early 1980s, reports Democracy Now!, “shed new light on Negroponte’s connection to the Iran Contra scandal that saw the Reagan administration secretly arming contra rebels in Nicaragua to overthrow the Sandinista government.”

In July 1983, the House voted to halt all aid to the anti-Sandinista contras. Negroponte responded by sending a cryptic message to the president’s national security adviser and the CIA Director urging them to keep the secret arms deal alive. Later the arms deal would publicly come to light as the Iran-Contra scandal. Negroponte wrote in July 1983: “Hondurans believe special project is as important as ever.” At the time Honduras was secretly being used as the logistical base for as many as 15,000 U.S.-backed anti-Sandinista rebels known as the Nicaraguan Democratic Force.

The headlines of the National Security Archive release today read:

Reporting on Human Rights Violations Nonexistent between 1982 and 1984

The 392 cables and memos record Negroponte’s daily, and even hourly, activities as the powerful Ambassador to Honduras during the contra war in the early 1980s. They include dozens of cables in which the Ambassador sought to undermine regional peace efforts such as the Contadora initiative that ultimately won Costa Rican president Oscar Arias a Nobel Prize … [The] special back channel communications with then CIA director William Casey [included] a recommendation to increase the number of arms being supplied to the leading contra force, the FDN in mid 1983, and advice on how to rewrite a Presidential finding on covert operations to overthrow the Sandinistas to make it more politically palatable to an increasingly uneasy U.S. Congress.

Conspicuously absent from the cable traffic, however, is reporting on human rights atrocities that were committed by the Honduran military and its secret police unit known as Battalion 316, between 1982 and 1984, under the military leadership of General Gustavo Alvarez, Negroponte’s main liaison with the Honduran government. The Honduran human rights ombudsman later found that more than 50 people disappeared … during those years. But Negroponte’s cables reflect no protest, or even discussion of these issues. … Nor do the released cables contain any reporting to Washington on the human rights abuses that were taking place.

The WaPo review of Negroponte’s cables portrays him “at odds with fellow envoys and with more cautious State Department bureaucrats” and as an “exceptionally energetic, action-oriented ambassador whose anti-communist convictions led him to play down human rights abuses.”


Negroponte “enjoyed a close relationship with senior Washington policymakers, such as then-CIA Director William J. Casey [using] a back-channel system of communication through the CIA to send messages to Casey.”

There is little in the documents the State Department has released so far to support his assertion that he used “quiet diplomacy” to persuade the Honduran authorities to investigate the most egregious violations, including the mysterious disappearance of dozens of government opponents.


The cables show that the two men typically met once a week, and sometimes several times a week. [The relationship remained until Alvarez’s ouster.]

As covert support for the contra war became public in 1982, Negroponte became a “controversial symbol” and kept a file to document “his efforts to combat” negative press reports. “[H]e fired off letters to editors and newspaper owners to complain about their correspondents’ reporting.”

In a letter to Washington Post Co. Chairman Katharine Graham in November 1982, Negroponte complained about an unflattering profile in Newsweek — which the company owns — that depicted him as “a bit imperious” and an admirer of Shakespeare’s play “Julius Caesar.” Not true, insisted Negroponte. “What little leisure time I have for casual reading does not incline in the direction of English literature but rather towards 19th and 20th century history,” he wrote.

Evidently, the Julius Caesar reference got to Negroponte, because six months later he was referring to the play in a back-channel message that relayed complaints from Honduran leaders about being “taken for granted by Uncle Sam.” To emphasize his point, the ambassador quoted from the play to illustrate the relationship between the Honduran and U.S. governments:

“Cassius: You love me not.

“Cassius: A friendly eye could never see such faults.”

Of note: The WaPo says it is still waiting for the FOIA release of some documents. “A State Department FOIA official said yesterday that about 100 documents from the collection are still being ‘processed’.” 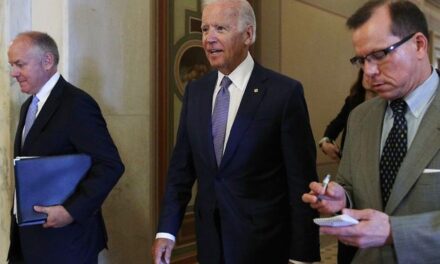