Arnold is preparing to announce on Friday that he is running for re-election…big surprise there. What is interesting is the timing of the announcement and the reasoning for the change in plans.

(cross posted at the BetterCA blog, My Left Wing and Calitics)
SignOnSanDiego.com:

The timing is seen as a move to generate excitement among Republican activists heading to the California Republican Party convention, which convenes Friday in Anaheim.

The politically coy governor has long signaled that he probably would not disclose his political future, or even give it much thought, until after the special election.

He was apparently persuaded to move up his timetable by business supporters who have given a lukewarm reception to Schwarzenegger’s special election, but desperately want a Republican governor to fend off what they regard as bills hostile to business passed by a heavily Democratic Legislature. [emphasis mine]

The governor has to resort to making an early announcement because even the buisness interests that his special election is designed to benefit aren’t jumping out of their seats to help.

Given Schwarzenegger’s low poll numbers, this early announcement will have little effect on undecided voters. Rather, as the article mentions, it is intended to rally that 34% who somehow believe he’s doing a good job.  His announcement won’t be an offensive move, but rather a defensive attempt to shore up the tiny bit of popular support he still has left. 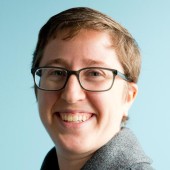 Alliance for a Better California

The Alliance for a Better California is a coalition of nearly 2.5 million workers and every day people who have joined together to defeat the measures Governor Schwarzenegge and his allies have placed on the ballotr November 8th Special Election.

Exclusive for Boo! 11,000 "Refugees" to Illinois Military Base