The American Civil Liberties Union today made public more than 1,800 pages documenting the investigation into at least three military units’ detainee operations in Iraq. Among the documents were reports of untrained soldiers using interrogation techniques they “remembered from the movies,” as well as reports of deaths that could have been prevented with proper training.

The documents, which appear to be interviews conducted for Army Inspector General Lt. Gen. Paul T. Mikolashek’s July, 2004 report on detainee abuse, contradict the report’s finding that there were no systemic failures that resulted in abuse.

“When troops rely on movies to learn interrogation techniques rather than proper training, our government has failed and the blame is on Washington, not Hollywood,” said Anthony D. Romero, Executive Director of the ACLU. “Once again we have evidence of widespread abuse, but no high ranking government official or member of the military has been held accountable for the actions that occurred on their watch.”

The documents released today were interviews of military personnel from the 4th Infantry Division, the 720th Military Police Battalion and the 1st Infantry Division which served in Iraq. They demonstrate a systemic failure to train soldiers on how to treat detainees.

The Mikolashek report, which was based on these interviews, concluded that the “Army’s leaders and soldiers are effectively conducting detainee operations and providing for the care and security of detainees in an intense operational environment. Based on this inspection we were unable to identify system failures that resulted in incidents of abuse.” The words of the soldiers interviewed starkly contradict this conclusion, the ACLU said.

Among the documents released today were soldiers’ accounts of:

· Using Techniques Recollected From Movies: Troops received no specific training on detainee operations before being sent into the field. The result was that “officers and NCO’s at point of capture engaged in interrogations using techniques they literally remembered from movies.”

· Systemic Lack of Training in the Treatment of Detainees: One interrogator complained that soldiers conducting raids are not well trained on how detainees must be treated in accordance with the laws of war, and that he “had to go to SJA [Staff Judge Advocate] many times about detainees arriving at the cage badly beaten. Many beatings occurred after the detainees were zip-tied by some units in 4ID [4th Infantry Division].” As there was no clear guidance on how to treat detainees, procedures varied greatly from team to team often based on the “common sense” judgments made by individuals with little to no applicable experience. “There was no specific training on treatment of detainees; the MPs [Military Police] relied on their common knowledge in this area,” said a Platoon Leader.

· Detainee Deaths Result From Lack of Training: Two separate detainee deaths are documented as having been avoidable had the soldiers been better trained. “The detainee hands were tied and between the wire and the soldier shot and killed the detainee. This incident could have been prevented if he had better training,” said one soldier with the 4th Infantry Division.

· Incidents Not Reported Because Soldiers Did Not Know Treatment was Abuse: Some incidents of abuse were simply not reported. One soldier, who witnessed a detainee being made to lie on his back with his feet elevated in “chair position” against a wall, made to do squats and had water poured on his head, making it difficult for the detainee to breathe, said that the incident was never reported because they “didn’t know what was abuse… Prior to the incident, [the chain of command] had never talk[ed] about what is abuse!”

· “Sweep and Keep” of Innocents: “Holding deadlines were not enforced; detainees were kept as long as needed… Innocent people held long times (picked up in large sweeps) – they resent the detention and turn against the US. The longest was 40 days held without evidence.”

“These documents are further proof that the government’s investigative reports regarding detainee abuse are a whitewash,” said Amrit Singh, a staff attorney with the ACLU. “In the face of mounting evidence that systemic failures caused the abuse of detainees, the government’s attempts to assign blame for that abuse to a handful of rogue soldiers are unavailing.”

The documents released today are a result of a Freedom of Information Act request filed by the ACLU, the Center for Constitutional Rights, Physicians for Human Rights, Veterans for Common Sense and Veterans for Peace. The New York Civil Liberties Union is co-counsel in the case.

As part of the FOIA lawsuit, the ACLU appeared before a federal judge on August 30 seeking the release of Defense Department photographs and videotapes depicting the abuse of prisoners held by the United States at Abu Ghraib. A decision by the judge is expected in the near future.

The FOIA lawsuit is being handled by Lawrence Lustberg and Megan Lewis of the New Jersey-based law firm Gibbons, Del Deo, Dolan, Griffinger & Vecchione, P.C. Other attorneys in the case are Singh, Jameel Jaffer, and Judy Rabinovitz of the ACLU; Arthur N. Eisenberg and Beth Haroules of the NYCLU; and Barbara Olshansky of the Center for Constitutional Rights.

And Susan, here is the link to the big ol’ pdf for your document analysis army:

an error ocurred while trying to process this directive 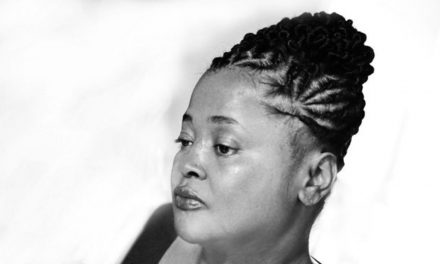 Reviewing Movies I Have Not Seen