New York, New York (UPSI) – New Yorkers will be continuing their Christmas shopping next week under a barrage of promotionals exhorting them to look to the skies. The Big Ape is returning to the Big Apple with all the pomp and pageantry befitting a multimillion dollar Hollywood production.

President George W. Bush will be returning to New York next week to address the New York State Republican Party and raise funds for political candidates there. His planned speech will again touch on the themes of staying the course in Iraq, and refer once again to the terrorist attack on 9/11.

White House spokesperson Scott McClellan stated, “The administration would caution the citizens of New York and all Americans in these holiday times to be thankful for their peace and security. At the same time, they must be ever vigilant of that next terrorist commandeered airliner, and realize that waving the white flag of surrender as Democrats would have us do, will just make the attack more likely. There is no better fear than fear itself, and it keeps us safe.”

McClellan smirked at questions over the appropriateness of this latest campaign. “Our polls show that Americans love to see their president waving a flag and holding a piece of wreckage… heck, 63% of them agree with our old policy of extreme rendition and interrogation,” he stated. “This is patriotism at its finest, and the press just needs to get with the program.” 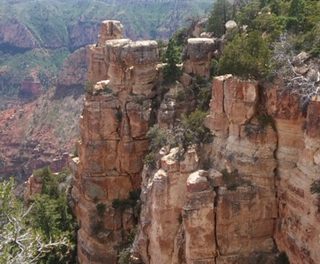 Too Extreme for Trent Lott