After announcing that he would not seek re-election as Senator, John Breaux took a position as Chairman of the Medicare Education Network.  “Coincidentally”, Breaux was one of two Democrats “allowed” in the final negotiations of Medicare D(isaster).

A second “coincidence” is that Breaux received campaign comtributions from the finance, insurance, real estate sectors of approximately $600,000.00, and $378,545.00 from the health sector.

continued below
According to The Nation,

in late 2003 moderate Democrats and Congressional Republicans, led by then-House majority leader Tom DeLay and Senator Breaux, saw their chance to move toward a privatized Medicare. Public outcry over escalating drug prices had caught the attention of Congress, and a drug benefit desperately needed by many seniors became the justification to pass legislation that took a big step toward privatization.

In short, insurers are getting paid to sell policies that provide rx coverage.  However, the coverage that is offerred is limited, and in many, if not most cases, rx costs have increased, now that Medicare D(isaster) has taken effect.  As a result, carriers like Aetna, WellPoint, CIGNA and United Health, possibly because of its alliance w/the AARP, will benefit the most from Medicare D(isaster).

Marketing strategies re:  Medicare D(isaster) are also described.   Bob Dole, who was hawking Viagra, is now selling the benefit on behalf of Pfizer. AstraZeneca has provided $10 million to the National Council on the Aging (NCOA).  This amount is to pay for vans and laptop computers that state insurance and volunteer “counselors” can sign people up into a plan/sell policies.  Does that description resemble the activities of the Medicare Rx Bus?

Last summer, Tom DeLay urged the lobbyists to help launch a national advocacy campaign to sell Medicare D(isaster).  The Medicare Rx Education Network, has an impressive listing of its members and is leading in the marketing efforts. John Breaux leads the marketing campaign from his Washington law firm, Patton Boggs.

Breaux writes op-eds and lte’s urging seniors to sign up. Six mailings to everyone eligible for Medicare, w/the the government’s Medicare Rx Education logo, and w/a return address of the US Chamber of Commerce.  Thinking that sort of mass-mailing is of great importance would be a mistake that anyone could easily make, until a letter was carefully read.

a creation of the Healthcare Leadership Council, an organization of hospitals, drug companies, device makers and academic medical centers–has enlisted more than 300 other organizations, ranging from the Blue Cross Blue Shield Association to Wal-Mart Pharmacies, which have contributed $6 million toward “outreach.”

Medicare Today has held 1,000 events around the country marketing Medicare D(isaster). Representatives are in pharmacies and grocery stores to answer questions and help them surf the net to research the plans.  According to Michael Freeman, executive vice president of the Healthcare Leadership Council,

“We believe this is the right fix for Medicare and it’s the right evolution for the twenty-first century, and we’re trying to get people to take advantage of it.”

So, if I am understanding all of this correctly, the objective of this latest project is to assist the 76% of senior citizens who have never been online into navigating a complex website, so they can make a decision based on what policy best suits their needs?  And this is going to be done w/o any high-pressure sales tactics? 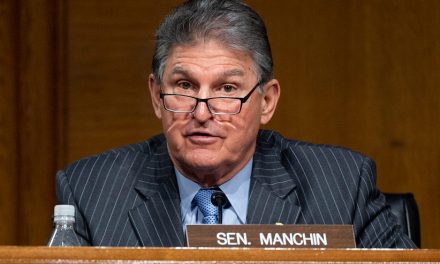 For This Week at Least, Joe Manchin is a Hero