I’ve read how this country under Bush, is using toture.  Never surprised me in the least…only that it took so long for it to be made public.  But while the world looks and points fingers, I got to thinking.  Ok, so lets look at some of them:

England:
Now this one worries me:

During his cross- examination by the Commons Liaison Committee, Prime Minister Tony Blair stated that a country’s promise to not torture deportees would be a good enough assurance for British courts to return detainees to their countries. Blair called the present system “absurd” and said that it should not be the UK’s responsibility to “prove absolutely” the safety of detainees who had broken the rules of society. He stated that the problem was with the interpretation of the Human Rights Act rather than the act itself. Blair continued:

We should be able to get an assurance from the particular government that they will not abuse or torture an individual.Our obligation is to get that assurance from that government, but our obligation does not extend to say in all circumstances we have got to protect you when you are causing mayhem in our country.We should go as far as we can to get assurances from other governments but it’s absurd we can’t return somebody to a country where they might have a problem in respect of, where this individual is inciting terrorism, or even committing acts of terrorism.

To me, this has the same right as the same right ring, as Bush saying “my people will investigate…”.  But whether you agree with torture or not.  If you are going to iradicate it…then all that use it should be brought into the light. 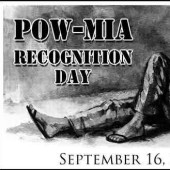 I have learned that higher education doesn't make you smart...just educated. I've always gone with my common sense, and break things down to their simplest terms. Maybe our leaders should try this. I don't aline myself with any group...just somebody wh

Bush Still One of Our Worst Presidents

Certainly torture should be brought out into the light. I note, however, that your citation concerning Nicaragua is from a very right wing source, one that many here would dispute as obscuring the atrocities committed under the Somoza regime that the Sandinistas overthrew.

I used Somoza, because at the time, this is the one stuck out in my mind.  The other would have been under Idi Amin, Pol Pot.  For me, I never worry who’s far right or left.  I’m concerned more with the people who are on the receving end.

Like Bush denouncing torture, if he’d of made Vietnam, it would have opened his eyes. There were things that went on that this country would have never stood for if they had known.  But then every country has them.

The problem is that if you are not accurate, your point will be lost. If you use dubious sources, you lose credibility. Please rethink the sources you used. You can always edit your diary, if you decide to do so. As for Pol Pot and Idi Amin, their political leanings were irrelevant. They were sadistic dictatorships. They should be condemned by all and the world should unite and act against such regimes. I agree that torture is torture wherever it occurs. Our government should condemn its use and prohibit its use by any agents of the American government. Blair is… Read more »

I “cause mayhem” in this country.  Should I be tortured?

The way people are talking…and the way Bush has (or is) setting himself up as the great Decider…what do you think? If he can determine, who and who is, a terrorist, then he could have whatever he wants, done to you.  Now the most important question…would he?  I don’t think so.  IMO, it’s easier to have it done outside of the country.  But I look at the track record so far.