The U.S. Supreme Court’s Monday decision allowing a gold mine near Juneau to discharge its waste into a fish-bearing lake could be the final word in the long-running dispute. […]

About 150 members of the U.S. House of Representatives are co-sponsoring legislation this year seeking to reverse the Bush administration policy that the Supreme Court relied on in its ruling Monday. Also, a coalition of environmental groups are pleading with the Obama administration to cancel the Bush policy.

To paraphrase a classic movie line, “Forget about it Jake. It’s Palintown.”*

* I regret that any Alaskans have to put up with this complete and utter bull manure. Oh, and Mr. President, don’t you think you should issue some sort of executive order to end this nonsense? I know you’re good at multi-tasking because the folks at the Big Orange told me so, so multi-task away on this. Please. As soon as possible.

UN10: Behind Bars, Beyond Justice 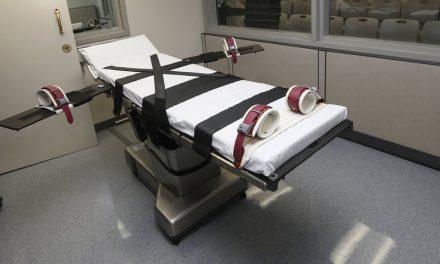 Anger Is Our Hammer of Justice

the link is broken, steve.

sorry bout that.  should work now.

ruling allows US [Army] Corps of Engineers to redefine the waste as “fill”, even though it will kill the lake.

Did Mark Begich hail the decision as a victory for the state?

another superfund site in the making. what’s a little toxic mine waste like copper, iron, manganese, zinc, aluminum, cadmium, and cyanide among friends when there’s fortunes to be made, eh. we’ve got more of these sites, albeit on a smaller scale, in colorado than you can shake a stick at. this one for example has already cost 2.25 + more than what it everr produced just to get the clean up started, and it’s still not done. l wouldn’t be surprised if caribou barbie and first dude celebrated the decision with a romp on the bearskin rug in her office.… Read more »