The Wingnut View of Climate Change

I recently had the following email exchange with a dyed in the wool conservative friend of mine about climate change and I thought I’d pass it along for what it’s worth.*

Teabagging Friend: Global warming? A damn hoax. A conspiracy by a bunch of leftist tree hugging junk scientists. Just ignore your eyes and trust me on this. A little melted ice means nothing, nothing!

Steven D: Unless you own a shipping line that is.

MOSCOW — For hundreds of years, mariners have dreamed of an Arctic shortcut that would allow them to speed trade between Asia and the West. Two German ships are poised to complete that transit for the first time, aided by the retreat of Arctic ice that scientists have linked to global warming.

The ships started their voyage in South Korea in late July and will begin the last leg of the trip this week, leaving a Siberian port for Rotterdam in the Netherlands carrying 3,500 tons of construction materials. […]

[T]he Russians hope that the transit of the German ships will inaugurate the passage as a reliable shipping route, and that the combination of the melting ice and the economic benefits of the shortcut — it is thousands of miles shorter than various southerly routes — will eventually make the Arctic passage a summer competitor with the Suez Canal.

“It is global warming that enables us to think about using that route,” Verena Beckhusen, a spokeswoman for the shipping company, the Beluga Group of Bremen, Germany, said in a telephone interview.

Teabagging friend: What a load of bullpuckey I say. Everyone knows a little melted ice is only part of a natural cycle. I’m sure the world would be warming up regardless of what we little old humans did or didn’t do, much less what we continue to do. I mean, we were bound to go into a warming cycle anyway. Right?

The human-driven buildup of heat-trapping greenhouse gases in the atmosphere appears to have ended a slide, many millenniums in the making, toward cooler summer temperatures in the Arctic, the authors of a new study report.

Scientists familiar with the work, to be published Friday in the journal Science, said it provided fresh evidence that human activity is not only warming the globe, particularly the Arctic, but could also even fend off what had been presumed to be an inevitable descent into a new ice age over the next few dozen millenniums.

Teabagging Friend: Okay, maybe I’m wrong. Maybe. But who likes Ice Ages anyway? Global warming (if it is happening) is a good thing obviously, so why don’t we just enjoy the warmer weather. Less snow to shovel, longer growing seasons. It’s all good. I can’t see he downside.

RALEIGH — Even if global temperatures rise slowly, climate change could slash the yields of some of the world’s most important crops almost in half, according to a new study co-authored by an N.C. State University scientist.

The study, recently published online in Proceedings of the National Academy of Sciences, looked at three frequently used scenarios for global warming. It found that the average U.S. yields for corn, soybeans and cotton could plummet 30 percent to 46 percent by the end of the century under the slowest warming scenario, and 63 percent to 82 percent under the quickest.

“There are some caveats, but this is a real cause for concern,” said Michael Roberts, an assistant professor of agricultural and resource economics at NCSU.

Teabagging friend: Food? Who needs food? We’ll have plenty of food if we just get rid of all those illegal aliens coming here to steal our precious health care benefits and our avocados. Sure, you think they’re out picking fruits and vegetables for below minimum wage, but we all know their real plan is to ship all our good wholesome, genetically altered crops back home to Mexico! Get rid of these parasites and their won’t be a crop problem, trust me.

Let’s be honest, the only reason Democrats are concerned about climate change is so they can scare us ordinary Americans into destroying the greatest economy in the world as part of their Marxist socialist plan to destroy capitalism. We all know that, or at least all good, right thinking Americans do. You won’t see any respectable Republicans jumping on this crazy “climate change is evil so we better do something about it even if it cripples our nation’s future” bandwagon!

Steven D: I guess it all depends on whom you consider respectable.

Among the 32 who signed the statement were former Republican senators Howard Baker of Tennessee, John Danforth of Missouri, Slade Gorton of Washington, Nancy Kassebaum Baker of Kansas, Warren Rudman of New Hampshire and John Warner of Virginia.

Among those who served Republican presidents were George Shultz, secretary of state, and Robert McFarlane, national security adviser during the presidency of Ronald Reagan; Thomas Kean, a former New Jersey governor who was the chairman of the 9-11 Commission; and Christine Todd Whitman, a former New Jersey governor who led the Environmental Protection Agency under George W. Bush.

Teabagging friend: Traitors! Rhinos! Backstabbing fake conservatives, everyone of them. No wonder you never see them on FOX News anymore, the sons of bitches! Thank god we have Glenn Beck and other patriots like him to lead the charge against all attempts to pass any anti-free enterprise, liberal fascist climate change crap the Democrats and their Quisling “former Republican” friends try to force down the throats of the American people.

Steven D: You got me there, all right.

Jones … downfall represented a crucial and possibly educational victory for the wing of the conservative and libertarian movement that has tried, without much success, to paint environmental activists like Jones as anti-capitalist radicals less interested in the health of the planet than in a well-disguised radical agenda.

For years, Jones had been viewed by the conservative movement as a scam artist, a purveyor of what the libertarian economist and occasional Rush Limbaugh radio show guest-host Walter E. Williams once called “watermelon environmentalism.” The green movement, Williams argued, was socialism in disguise: green on the outside, red on the inside. (Williams, like Jones, is African American.) That critique has been repeated by conservative and libertarians for more than a decade, and it has found powerful advocates. In 2007, Czech Republic President Vaclav Klaus claimed that “the biggest threat to freedom, democracy, the market economy and prosperity at the beginning of the 21st century is not communism or its various softer variants,” but “the threat of ambitious environmentalism.” Later that year, Klaus’s arguments were translated and published in a book by the Competitive Enterprise Institute, a libertarian think tank funded, in part, by the energy industry. And Klaus gave the keynote address at the think tank’s 2008 gala dinner. But in recent months, the “watermelon” attack had made it onto Glenn Beck’s Fox News show.

“Do you like watermelon?” Beck asked sarcastically on the June 26 episode of his program.

“I love watermelon,” responded Phil Kerpen, the director of policy for Americans for Prosperity.

“I think this is a watermelon bill,” said Beck.

I’m sure with the awesome power of Uber Patriot and media maven Glenn Beck and his friends in the Senate, especially those with unique scientific expertise in this area like Senators James Inhofe of Oklahoma and Senator John Barrasso of Wyoming, any hope of significant progress on climate change in the foreseeable future will just go up in smoke.

* I confess. My so-called “teabagging friend” was a complete fiction. The views expressed by this fictional character, however, are not that far removed from what one can hear from conservative pundits on television or read on right wing blogs and in the the op-ed columns of conservative media organs like The Wall Street Journal. And it is precisely this dangerously ignorant and fanatical ideology which will lead us down the path of inaction on the greatest threat to human existence since the nuclear arms race between the former Soviet Union and the United States. While Congress and the mainstream media dither and allow these ridiculous attacks and accusations regarding the the legitimate and well documented concerns of environmentalists and climate scientists, our world is burning. The longer we stand idly by watching that destruction increase, the more people will ultimately suffer and die. Our children and grandchildren will not look back kindly at the generation that permitted their world to be destroyed merely to serve the greed of the energy industry and the ideological fantasies of their conservative allies.

The War on Coal Begins 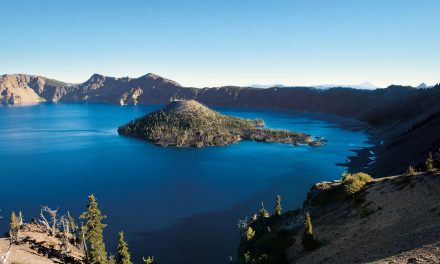 Solving Pollution Problem in England: ‘Under the Carpet!’

I figured your “teabagging friend” was fictional because of his peculiar ability to stay on one subject.

My real teabagging friends tend to jump subjects dramatically when they come up against an argument they can’t answer.  I mean out-of-the-blue where-did-that-come-from jumping subjects.

Gives one a case of contextual whiplash.  Which I suppose is its rhetorical purpose.

Fictional true, but I’ve heard all of those arguments at one time or another.

I have family members who are convinced global warming is bogus.

BTW, nice to see a NC State Prof getting some headlines.  My Dad got his PhD is stat there in the late 50’s.

as soon as you attributed the words “Okay, maybe I’m wrong” to him. :->

Climate change isn’t important if you’re 70 years old and don’t care about what happens after you die.

But, what if those who believe in reincarnation are correct.  You might come back numerous times to a garbage world that you did nothing to prevent. So you might suffer after all for your environmental sins.  In a green hell, no less.

One thing the neo-conservatives know is what they don’t want to know; that is what really happened on 9/11 and how likely is global warming to occur?  The unconscious mind does not like to consider threats to its basic belief system.  It responds with its favorite defense mechanism, denial.  Therefore, one cannot reason with such people as your fictional characters, Steven.  They do not react to logic only primal forces like fear, greed, insecurity.  By the time, they recognize the real danger, it may well be to late.  So will end another species.