So, It Will Be Energy & Climate

Harry Reid has made these types of pronouncements before only to backtrack, but here you go.

Senate Majority Leader Harry Reid will bring a sweeping energy and climate bill to the floor as early as the week of July 26, including a controversial cap on emissions from power plants.

The Nevada Democrat told reporters Tuesday following the party’s weekly caucus luncheon that he’s got a “rough draft” in the assembly stage with a goal of introducing the measure before the end of the month.

Reid confirmed that the bill will have four sections: an oil spill response; a clean energy and job creation title; a tax package from the Finance Committee; and a section that deals with greenhouse gas emissions from the electric utility industry.

First they will pass the Wall Street reforms, then they’ll confirm Elena Kagan to the Supreme Court, and then they’ll take up the energy bill. If Obama pulls off the trifecta and his poll numbers still suck, there won’t be much left to say.

Europe’s Elections Have Warnings Signs for Both Democrats and Republicans 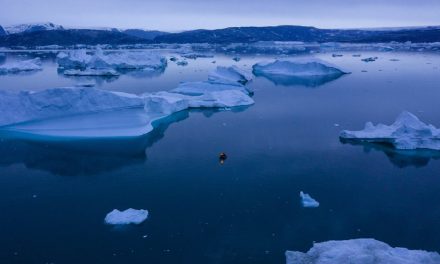 In terms of poll numbers, people are just nervous about the economy.  It’s as simple as that.

A lot of the other things that he is doing (health, finance, climate) are more proactive in the sense that they are intended to help solve problems in the future.

…they are intended to help solve problems in the future.
Since when do Americans care about the future?

Sorry for the snark, but next quarter bottom line has much higher priority. The trifecta in Booman’s story, if passed, will all be decisions with the potential to reduce short-term profits…

It’s becoming clear from the science that anything that doesn’t actively reduce the carbon now is probably not going to be good enough to head off massive catastrophes.

I’m not going to condemn Obama for that failure, it was a failure of a lot of people including myself and you too BooMan, every American. But it does mean I’m not going to pretend like it’s actually going to result in averting climate change unless there is a radically different bill that he would bring that I wasn’t aware of.

Why not include in the bill a mini-stimulus (say $50-100 billion) focused on green jobs, such as infrastructure for public transit, alternative energy and energy efficiency?  Heck I’d even write into the bill some funds specifically for MA and then highly publicize it if Brown threatens to obstruct, interest groups run the ads until Brown agrees not to filibuster.

The real test of the climate and energy bill on the climate side of the ledger will be what should not be allowed in the bill.  And that is Murkowski’s gutting of the EPA’s ability to regulate greenhouse gases under the Clean Air Act. Right now, regulation is the best way to reduce carbon.  Cap and trade has been so gutted by the legislative process that it will not create the scarcity of credits needed to bring down carbon emissions.  A carbon tax in this Congress is a non-starter. And yet another set of tax breaks — “a tax package… Read more »

If Obama’s numbers still suck, it means that many/most are still likely mostly unaware of what has been accomlished to date.  There needs to be a better mechanism to inform people how their interests have been furthered.

If his poll numbers still suck it’ll be because people don’t care about this stuff.  Mostly because they don’t feel comfortable right now.  Everyone who works for a living is on edge – worried that they could lose their job or their business could collapse tomorrow.  And it appears that not only is no one going to be there to help them, no one even cares about it anymore and they’re fiddling around with pointless crap instead of fixing things. Yeah, I know this stuff isn’t pointless crap.  But when people are worried that their company could collapse tomorrow and… Read more »