Reflections on the End of a War

There is something strange and karmic about Vaclav Havel passing away at virtually the same moment as the last U.S. combat troops passed over the Iraqi border into Kuwait. What kind of synchronicity is it, this odd capstone connecting the end of two eras of brutality? If Havel’s rise in Czechoslovakia marked the true success of the West in the Cold War, what can we make of the condition of Iraq and its relationship to the Arab Spring? What kind of stirrings are afoot, and what will remain of the political landscape of the Middle East that has now begun the same kind of breakup as we saw in Eastern Europe twenty-odd years ago? Unlike the Soviet Union, the U.S. hasn’t been destroyed as it has navigated, sometimes facilitating, sometimes thwarting, the relaxation of the political straightjacket it has imposed or tolerated in its semi-colonial possessions.

Soviet-style communism was defeated and discredited, along with the imperialistic/colonial policies emanating from Moscow. This is different from what we are seeing in the Arab world, where the inspiration for revolution is rooted in the founding principles of our country, including self-determination, human rights, and representative democracy. Even our international role has been upheld, however unevenly. Iraq will willingly maintain military and diplomatic ties with the United States. The same is probably true in Egypt. Libyans literally owe their freedom to the intervention of the West, and will probably build strong ties to Europe.

Yet, we have left Iraq not entirely on our own terms, and certainly with a lingering sense of shame and an earned degree of resentment and outright hostility.

Even so, the best aspirations of American ideals are on the rise in the Middle East, as though the people there have learned the value and correctness of our creed just well enough to turn them against us and demand the same rights for themselves that we take for granted. That the exercise of those rights can be an inconvenience or worse for our elites makes this moment unusually poignant. The death of Vaclev Havel reminds us of the fall of the USSR, which should also remind us to be humble in times such as these. Yet, our best ideals are made of sturdier stuff than those of the Soviets. Or, let us hope.

Watching the Republican presidential candidates debate, we can see that our better ideals are not looking so sturdy at the moment. 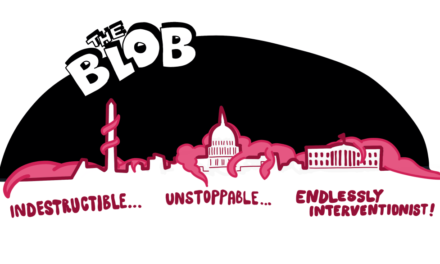 On Afghanistan, the Media Is Demonstrating its Alignment with the Blob

Focus on Education and the War on Women