In a comment on his article It Happened So Fast regarding the Zimmerman/Martin situation, Booman wrote:

On an emotional level, I’d like to see a conviction for Second Degree murder.  But what I really want is a just verdict, and when I say ‘just,’ I mean just based on the evidence at trial and the jury instructions.  So, for example, if the prosecution cannot prove that Zimmerman reacted with malice, rather than just as an overreaction to losing a fight to skinny 16 year old kid, then he deserves to be acquitted of Second Degree murder because the charge requires a finding of malice.

There will be no “just” verdict in this mess of a case, Booman.

Read on.
Just for starters, the lawyers on both sides of the case are full of shit. That’s their job…to lie well enough to win their case, and may the best liars win. That is what our “justice” system has become. A contention of lies and professional liars. But beyond that, even if Zimmerman was to be conclusively proven innocent by a suddenly found video of the whole thing, he would still have to be convicted on some identifiably serious level. Why? Because if he is not convicted the PermaGov fears riots in the inner cities, that’s why. These are not empty fears, either. Not by a long shot. The packrat media found a profitable jewel in this situation over a year ago and the impact of the concomitant hype…pro or con whichever side…cannot now be diminished. Nor could Zimmerman be successfully prosecuted for second degree murder, I think. Why? Because the white wing’s…errrr, aahhhh…right wing’s white supremacists (closeted or not) already wield too much political power and the PermaGov does not want to give them any more than they already possess. It’d be bad for business, don’tcha know. Gotta keep them shit-workers happy, no matter what race they might be.

So here’s how your “justice” is going to work out…by parsing the various truths of the matter.

Here are those truths.

#1-A (somewhat justifiably) paranoid whiteish middle/working class suburban dweller who is carrying a gun while patrolling his neighborhood in hopes of protecting said neighborhood from the depredations of (mostly young and black) petty thieves that are preying on the area because:

b-The entire culture isn’t providing an environment that manages to adequately socialize and educate ghettoized, economically challenged youth of any race. And I mean any race. In the hinterlands of Maine, for instance…an area where I have extensive contacts among the working class including several cops…there is exactly the same amount of crime of this sort only it is committed by economically challenged working-class white youth. Same crime, same problem. They’re not being well socialized or educated either. I mean…if they were, who’d clean the shithouse? (A quote from Lenny Bruce, long ago and far away.) Gotta keep a certain percentage of the population (regardless of race) poor enough so’s they’ll do the shitwork, up to and including serving in the empire’s far-flung wars. A draft? We already have one, only it is economically imposed.

#2-A young black man…a product of those lousy educational and cultural apparati who has bought into the “thug-look” thing to some degree and also has a no doubt justifiable chip on his own shoulder regarding white people in general.

They meet on a street at night in a racially mixed, gated neighborhood. Things go wrong and the kid dies. After that it’s cover-your-ass time, first as individuals and then escalating into police investigations, media blown-up-for-profit noise and at a certain point in the escalation a PermaGov…bet on it….involvement in the name of “keeping the peace” in this already beleaguered center of empire. (“Keeping the peace.” Read: “Whatever needs to be done to keep the empire on a fairly even keel domestically so as to allow said empire to continue to wage economic imperialist wars in the name of cheap oil.” Bet on that as well.)

I do not know what contacts will be made to the major players from above, but one way or another I am sure that they will be informed…prosecutors, defense attorneys, judges, cops, the works…that it’s time to parse justice once again in the name of keeping the peace.

No matter what they call it…innocent, guilty or anywhere in between…Zimmerman is going to spend some time in prison. Probably a so-called “safe” prison and at least long enough for the twin threats of domestic unrest and/or electoral backlash to back off.

But what I really want is a just verdict, and when I say ‘just,’ I mean just based on the evidence at trial and the jury instructions.

If there was any “justice” left in this system people like Henry Kissinger and Dick Cheney would have been publicly hanged on D.C.’s National Mall long ago. 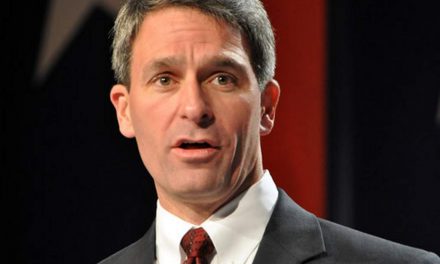 Keep Your Mentally Ill Son Away from Guns

and call if you get work? (Radio comedy team Bob and Ray’s signoff, with roots in the Great Depression.)

But first of all you must understand what is happening!!!

It makes the thumb-hanging so more bearable.

Station WTFU once again…sigh…signing off.

It’s a strange thing to be accused of naïveté for expressing what you desire.   “What do you want?” “A good bagel.” “You’re so naïve.”   This exchange makes sense in most of the country where a good bagel is unattainable.  But it’s still irrelevant to what I want.   And what I am saying, really?   I am saying to the pro-Trayvon folks that my sympathies lie with them, that I would like to see Zimmerman convicted because he killed this boy and he should pay a price for it.  But I am also saying that it is a… Read more »

You write: It’s a strange thing to be accused of naïveté for expressing what you desire.   “What do you want?” “A good bagel.” “You’re so naïve.”   This exchange makes sense in most of the country where a good bagel is unattainable.  But it’s still irrelevant to what I want. In most of this country justice is now unavailable. Can you not yet see that? Do you really still expect Lady Justice to be effectively blindfolded? I mean…she may have a blindfold on but she also has a set of scales in her hand, she weighs where the gelt… Read more »

In most parts of this country I would never waste my time and money on either finding a good bagel or so-called justice. At least when you can’t find a bagel you can probably find some kind of good bread if you hunt around a little. But justice? Would you go up against the PermaGov or any other large corporate or governmental  interest without literally millions of dollars behind you no matter how “right” you might be? I wouldn’t. That way lies Assange/Snowden/Bradley Manning territory. Less dangerous if less threatening, but a personal loss any way you run it. If… Read more »

. How can this be, you fire a 9mm dum dum bullet at the man’s chest and you react: “Is he dead?” What a hog wash. Zimmerman appeared ‘shocked’ Trayvon Martin was dead, prosecution witness says The night of the shooting, from ZIMMERMAN’s scripted interview [read correctly, NOT an interrogation, just a chat with that cop Serino @Seminole Police Dep't] Serino: What kind of gun was it? Zimmerman: A PF, a KelTec PF9. Serino: 9mm? Zimmerman: 9mm. Serino: OK. Semi-automatic, correct? Zimmerman: Yes, sir. Serino: OK. What kind of ammunition? Zimmerman: I think it was hollow point. Serino: OK. Um…OK.… Read more »

Just for starters, the lawyers on both sides of the case are full of shit. That’s their job…to lie well enough to win their case, and may the best liars win. That is what our “justice” system has become. A contention of lies and professional liars.

The real Trayvon story would be easier to empathize with but wouldn’t help to convict Zimmermann.

I think that you are quite correct here, Marie. In a sense, both primary participants in this little death dance were victims of a rotted-out system. Without centuries of institutionalized racism of one kind or another neither Martin nor Zimmerman would have been at reflexive loggerheads with one another, and without a devolved educational and media system none of that institutionalized hatred would still be present in their minds. Convict? Convict whom? Who placed and encouraged that mutual hatred and fear into their hearts? What judge and jury can answer questions of that sort? Who is really guilty here? Damned… Read more »