Take a look at an Electoral College calculator. If the Republicans fail to pass comprehensive immigration reform and thereby badly alienate the Latino community, they can write off winning Nevada, Colorado, and New Mexico. In order to win the presidency, they would have to win Iowa, Ohio, Virginia, North Carolina, and Florida. And I am being generous in assuming that Florida would still be an attainable goal. If they can’t win Florida, they’d have to replace it by winning both Wisconsin and Pennsylvania. When certain conservatives talk about abandoning any Latino outreach efforts in favor of a strategy of getting a greater share of the white vote, what they are really saying is that they can win the Electoral College by winning midwestern industrial states like Iowa, Wisconsin, Ohio, and Pennsylvania, even while losing Florida and the southwest (excluding Arizona).

One thing to consider is that this kind of strategy consigns any Republican nominee to a situation in which they have to run the table on a half dozen competitive state races in order to win the barest of majorities. If they lose even one race, they will lose. And, if they win, they will win by the skin of their teeth with almost half of the country opposed to them.

However, it doesn’t seem like the Republican House majority is thinking at all about presidential elections as they consider what to do about immigration reform. This places the Democrats in the catbird’s seat. The Democrats will be almost assured of winning the presidency in 2016 if the House refuses to pass a comprehensive bill. Yet, their chances won’t really be dimmed if the House agrees to reform. That’s because, as it stands, the Republicans have only the narrowest of chances of winning the Electoral College regardless of what they do.

Still to have a fighting chance, they need to keep as many states in play as possible, and the only way to do that is to pass immigration reform. 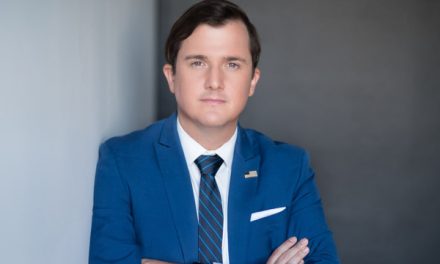 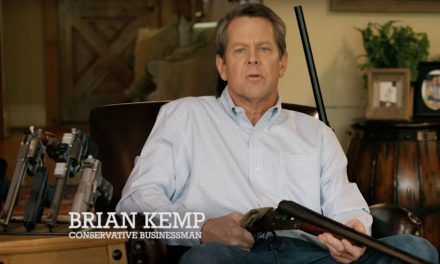 The Republican Brand Is Increasingly “Incompetence.”

Maybe the Republicans feel that if they can suppress the votes of enough minority members who currently CAN vote, that will lead to their victory. I don’t care how they lose, but I don’t think it’s too much of a stretch to say that it’s a matter of life and death that they DO lose. At least, until they get sane again. As a 55 year-old white male, I confess that I’ve voted for sane Republicans in the past – though, never for President. I’ve had some decent local Republican officials, and the Republican Fish family held the US House… Read more »

I would hope that the GOP is in for a big demographic surprise but wary of counting them out considering how well they have played their 2008 defeat.

My feeling is that it’s only a matter of time, but there’s still a lot of work to be done.

At the 150th anniversary of Vicksburg and Gettysburg, it’s pretty amazing that we’re still having to deal with basically the exact some people. But their cause is even more hopeless this time, because they’re just aren’t enough of them left to hold on to the old ways for too much longer.

The problem is that they can do a lot of damage in the meanwhile.

Yes, a matter of time before enough old white people die off. I think for House Republicans, they’re weighing their own fate against the fate of the party and for many of them it’s an easy choice. They’re far more frightened of a primary than of losing the presidency.

Senators, by contrast, cannot hide behind gerrymandered lines on maps. Unless their states are lily white — and how many are anymore? — they have to face reality.

At the 150th anniversary of Vicksburg and Gettysburg, it’s pretty amazing that we’re still having to deal with basically the exact some people And it’s always the “national unity” folks who let them out of the closet again and generally to cover demands to deal with racism and discrimination outside the South.  In the 1970s, it was the “crime in the streets” bunch that suckered the white-flight northern suburbs into electing first Nixon and then Reagan. I guess some folks love the entertainment of the dingbats and don’t realize the danger. We will stop having to deal with this when… Read more »

Barack Obama showed the way – you don’t have to win one Southern State to get to 270.

If true, the voter turnout waves will be awesome. A story about a 97 year old lady denied her right to vote will bring out 100 others, committed to standing in line til hell freezes over.

Yet Barack won Florida and Virginia twice and North Carolina once. But, general point taken. You don’t have to get racists to vote for you to win Presidential elections any more. That has been made as explicit as possible.

I think the larger question is whether the Republican party is even really interested in winning presidential elections. I think the evidence is pointing against it.

I see resignation on that front. Far harder to have a real vision for one’s party or one’s country than to protect one’s own royal, spotted behind.

You could call it resignation. Or you could call it the realization that with unlimited corporate cash, game theoretical gerrymandering, and the “deregulation” of state election boards, local and state races can be dominated by a maximalist conservative agenda. This agenda will necessarily punish the middle class. For the true believers affected, this is defect is made good by the fact that the agenda will double the punishment of the poor and truly needy, who deserve it for being so poor and needy. But by more or less refusing to participate in reality based scrutins presidentiels, the Republicans can always… Read more »

Electoral College logic is logic after all. It isn’t surprising that Republicans don’t have any place for it in their worldview. It’s interesting to look at Spanish language media in the US. La reforma migratoria gets top coverage, and everything I’ve looked at makes it clear that Obama is for and the Republicans are against. Although I did find a report on Telemundo where the activistas are unhappy that Obama is still deporting people. So I guess that’s how the Republicans hope to kill immigration reform and then blame the Democrats. Obama keeps deporting people and Marco Rubio goes out… Read more »

A number of them seem to think it will be enough if the candidate speaks Spanish (as did Bush) or has a claim to latino status (as do Cruz and Rubio). I think they’re deluding themselves, but delusion is so much easier than reform.

Where are all of the people who constantly insist that the Democrats’ propensity for deal-making is a political loser?

Shouldn’t they be here explaining that the Republicans are actually pursuing a brilliant strategy by refusing to sell out or accept half a loaf?