You Say Syria and I Say Philadelphia. Let’s Call The Whole Thing Off!!!

In his recent article Syrian Policy is Less Than Optimal…a truly tepid endorsement of the latest foreign policy bullshit to arise from the neo-liberal administration of Barack O’Bomber (As “opposed” to the neo-conservative worldview? I wonder. Same policies/different tactics is all, looks like to me. What’s next? Neo-radicals? Please.), Booman wrote:

Syria is a client state of Russia and Iran.

And the United States is a client state of Israel.

Sorry. I meant “And Israel is a client state of the United States.” (At least that’s what I think I meant. It gets so confusing sometimes. Which government of those two countries is absolutely controlled by fear of offending the other government? Eh? What’s that you say? Yes. Right. U.S. politicians of both parties regularly scurry around like rats in a maze trying to sound pro-Israel in order to get (s)elected. Oh well…anyway…)

However you look at it, Israel is strongly allied w/the U. S. Meanwhile Iran is an enemy of Israel, and thus by extension an enemy of its client state…errrr, ahhhh…”boss,” the Dire Straits of Omertica. (Damn!!! I meant the United States of America, of course.) The Cold War never truly ended, and the B.B.K.R. (Big Boy Kleptocracy Russia) remains an “enemy” of the U.S…at the very least, certainly a serious competitor in the ongoing three-way sweepstakes in place regarding oil in the Middle East among Oceania, Eurasia and Eastasia…blew it again. Sorry. (Is it still 1984? Guess so. Orwell pinned it, didn’t he!!!) I meant to say the U.S./NATO powers, Russia and China.

We have a humanitarian interest in stopping the bloodshed there, but since there are no ready solutions, we really don’t have to do anything beyond mitigating the suffering where we can.

Man…we don’t even have a “humanitarian interest” in the ongoing collapse of our own fucking society!!! Give me a break!!!

You want suffering that needs mitigating? Start right on your own doorstep. The state-of-the-art suffering of PhilaFuckingdelphia!!!

Read on.
(Check out the whole thing below instead of the excerpted version. It’s worth it. Linh Dinh is the poet of our collapsing inner cities. Philly, Detroit, Newark…you name it. Same shit, different places.)

The corner of Broad and Erie is the Times Square of North Philly, but instead of flashy signs pushing Kodak, Samsung, Canon or Virgin Airlines, you have stark billboards urging you to “ELIMINATE YOUR DEBT” and “REBUILD YOUR CREDIT.” On utility poles, styrofoam signs promise, “JOBS! $400-$600 PER WEEK. CALL TODAY, START TOMORROW.” Is it legit? Ring to get sucked in, or you can stock your fridge, finally, by ditching your junk wheels for “$400,” according to one flyer, or “$250-$400,” per another. The biggest billboard touts “RAND SPEAR 1-800-90-LEGAL. He Eats Insurance Companies for BREAKFAST!” Are you aching all over, your skeleton permanently askew from that bus accident you weren’t even involved in? Are you emotionally spavined from having to dodge that abruptly swinging door? Now you know who to call!

With such signage, you know this is one broke neighborhood. The only high-rise is a long kaput National Bank of North Philadelphia. Its art deco grandeur gone to seeds, it’s now a 14-story eyesore, with all its windows broken or spray painted. On its sides are huge graffiti, FOREVER BONER. In fact, it’s known colloquially as the Forever Boner building. Here, there is no Planet Hollywood, Forever 21 or Disney Store, only a 99¢ DEAL outfit, with items for 59 and 79¢ also, though their sign also claims, “EVERYTHING 99¢ OR MORE.” With that logic, they can also flog a Lamborghini, though of course, in this hood, such whips only appear in rhymes. Hunched over on a beat up folding chair, a gypsy cabbie asks passersby, “Taxi? Taxi?” The Coke sign is broken. Crossing the street, a lanky man wears a “MY PRESIDENT IS BLACK” T-shirt, and here comes a middle-aged woman with consonants crowding her print blouse, SSSDDDMMMLLLRRRGGGFFF… She’s going into Black and Nobel, an urban literature purveyor with titles like Curse by Darkness, Ghetto Girl Games, If My Pussy Could Talk, Ride or Die Chick, Preacherman Blues (by Jihad) and Ghetto Ballerina by Philly’s own Tenia Jamilla. It’s about this valedictorian chick turned stripper, then whore. She has two main snuggly buddies, one loaded yet shady, one square. On the side, she also muff dives. Will our grasping heroine choose to be wined and dined until her facade fades, sags and crumbles, just like the Forever Boner edifice, or will she lock herself inside some dumbass room night after night to study for a degree at Howard University? While deciding, she continues to muff dives. Soon, though, one of her live dildoes will be wetted, for real, straight up. Buy book to find out more. “WE SHIP TO PRISON,” states Black and Nobel sign.

Curious about Jamilla, I NSAed her twitter page to find this tagline, “Too Sexy and Too freaking smart…” I then clicked on a video to marvel at her bumptious assets seriously quaking to Wacka Flocka’s “We Don’t Fuck Wit Dat.” Jamilla sang along, “I don’t fuck with fake jewelry. I don’t fuck with fake clothes…” Atlanta verses are itee, I guess, but if you prefer more homegrown stuff, North Philly has plenty, as in Dark Lo’s “I fuck your girl once or twice, I don’t keep her / Naggin’ stalkin’ ass bitch, I don’t need her / Pussy has a funny smell, I don’t eat her.” Or the currently jump suited AR-AB, “My aim nice when I’m tossin’ lead / Eyes closed I’d shoot a fly off your head.” And, “I’m hard as hell and I got hard for sale / Trash day I’m throwing bodies in the garbage pail.” Just before he got draped in prison garb, AR-AB briefly swept a playground and visited elementary school classrooms to prove that he was “more of an asset outside than inside.” Some people even signed a petition. It’s not clear who, since by AR-AB’s own admission, he “ain’t got no friends `cause they all been shot.”

To those who still think of American universities as hotbeds of radicalism, please note that former boss of Homeland Security, Janet Napolitano, is now President of the University of California system; Condolezza Rice was recently a Provost of Stanford; Patriot Act co-author John Yoo teaches law at Berkeley; and even a well known “liberal” school like Bard is run by an Israel apologist, Leon Bostein. At many colleges, professors may be disproportionately Democrats, but that just shows the limits of American dissent. Protesting, they voted for Clinton then Obama, two war criminals, and to prove how really progressive they are, they’ll vote for the next Democratic mass murderer. Yes, the university will allow you to cross dress and rage against all the wrongs done to your subgroup, for this serves their divide-and-rule scheme, but don’t think too hard about what’s destroying us all.

Sorry, dude, to sound like some preacherman dropping Ecclesiastes. I best shut my grill. If you want religion, though, there’s the Universal Church just a block from here. Sometimes they have, ah, Holy Oil from Israel and shit, and if you’ve been hexed by witchcraft, the evil eye, envy or just plain bad luck, they can also fix you up and shit.

The first time I came to North Philly, I visited Etheridge Knight. I bought a yellow tin of jasmine tea. He fed me pork chops. This was in 1984, when I was dumber than dirt, naturally, though I had somehow managed to be featured with Knight in a poetry reading. This was at the Bacchanal, now long dead. Underaged, I had shown up on Mondays for their open readings. Speaking English not even a decade, I was presumptuous enough to think of myself an American poet, but then many young people see stardom in their future. They won’t just be good, but the best. An Oakland middle school teacher chuckled, “All of my kids think they’ll be stars,” and she taught 151 of them.

“They don’t know, but they’ll be stars!”

As Mike Tyson observed, “They all suck, but they all think they’re superstars!” (That’s not an exact quotation, by the way, since I’ve long lost that Ring Magazine.) So all these young’uns start out with visions of themselves as a future champ, CEO, kingpin or kick ass artist, but these hallucinations are quickly revised downward, until they find themselves pondering their spare change for the longest time, fidgeting, frowning and taking deep breaths, before deciding, finally, to buy that day-old donut. In 1984, I still thought that the right combination of words could wake up and transport everyone, bank tellers, bus drivers, butchers, and I was loco enough to think I had been chosen for the job. In any case, I had written so few poems by then, I could memorize them all. With my eyes closed, I’d recite without paper, clutching a beer bottle. The applause pumped up my confidence, and after a few weeks of this schtick, the organizer had me read with Knight. That night, as I was drinking a Rolling Rock at the bar, Etheridge ambled over.

Annoyed, I stared at the man, “I’m reading with you and I’m not a poet?”

That was the old fox’s way to get me riled up, and it worked. Later, Etheridge would jokingly call me “professor,” for my jejune seriousness, I suppose. I have never earned a college degree, and neither did Etheridge until 1990, the year before he died. Knowing Etheridge was very sick, I phoned him in Indiana.

And goodbye, North Philly, at least for now, and let’s end with Etheridge’s words:

My life, the quality of which
From the moment
My father grunted and comed
Until now
As the sounds of my words
Bruise your ears
IS
And can be felt
In the one word: DESPERATION
But you have to feel for it.

As Etheridge Knight suggested, you have to feel for it, Booman.

As are we all.

So, the War’s Over Then? 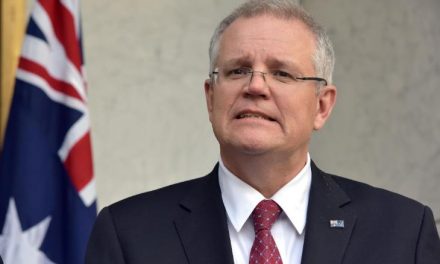