The report was published in the London Review of Books after two of Hersh’s regular publishers, The New Yorker and The Washington Post, turned the article down.

Hersh, whose Pulitzers were for his exposes on American military misconduct in the Iraq and Vietnam wars, got his information on Syria from whistle-blowing acting and former intelligence and military officers, who for security reasons were not identified in the report.

According to Hersh’s findings, months before the chemical weapons attack on the outskirts of Damascus, which almost prompted US air strikes on Syria, “the American intelligence agencies produced a series of highly classified reports… citing evidence that the Al-Nusra Front, a jihadi group affiliated with Al-Qaeda, had mastered the mechanics of creating sarin and was capable of manufacturing it in quantity.”

Whose sarin?  by Seymour M. Hersh

(London Review of Books) – But in recent interviews with intelligence and military officers and consultants past and present, I found intense concern, and on occasion anger, over what was repeatedly seen as the deliberate manipulation of intelligence. One high-level intelligence officer, in an email to a colleague, called the administration’s assurances of Assad’s responsibility a ‘ruse’. The attack ‘was not the result of the current regime’, he wrote. A former senior intelligence official told me that the Obama administration had altered the available information – in terms of its timing and sequence – to enable the president and his advisers to make intelligence retrieved days after the attack look as if it had been picked up and analysed in real time, as the attack was happening. The distortion, he said, reminded him of the 1964 Gulf of Tonkin incident, when the Johnson administration reversed the sequence of National Security Agency intercepts to justify one of the early bombings of North Vietnam. The same official said there was immense frustration inside the military and intelligence bureaucracy: `The guys are throwing their hands in the air and saying, “How can we help this guy” – Obama – “when he and his cronies in the White House make up the intelligence as they go along?”‘

The complaints focus on what Washington did not have: any advance warning from the assumed source of the attack. The military intelligence community has for years produced a highly classified early morning intelligence summary, known as the Morning Report, for the secretary of defence and the chairman of the Joint Chiefs of Staff; a copy also goes to the national security adviser and the director of national intelligence. The Morning Report includes no political or economic information, but provides a summary of important military events around the world, with all available intelligence about them. A senior intelligence consultant told me that some time after the attack he reviewed the reports for 20 August through 23 August. For two days – 20 and 21 August – there was no mention of Syria.

My earlier diaries …
○ World’s Nr. 1 Despot Running Amok and Unchecked
○ It Stinks A Mile In the Wind. 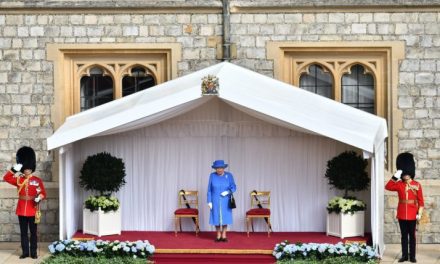 After Being Invited to Visit, Trump Insults the British Again

Joe Manchin’s War With the NRA

Didn’t a few of us here discuss what appeared to be cherry-picking “facts” on this in real time?

Hersh can’t go any further than we could in assigning responsibility for those CW deaths because not enough evidence remained to declare one way or the other.  Likely to remain one of those unknowns.

You mean those of us who said “take a step back and find the evidence of who is actually responsible here” had the correct instincts to distrust the official narrative that had speculation equaling proof were proved correct in that caution? I’m shocked, shocked! (Not saying the rebels are guilty either.)

A very, very good summarization of the evidence, what we know, what we don’t know, the official narrative, counter-narratives, all in one nice place:

. NYT Backs Off Its Syria-Sarin Analysis (CommonDreams) – For months, the “slam-dunk” evidence “proving” Syrian government guilt in the Aug. 21 Sarin attack near Damascus was a “vector analysis” pushed by the New York Times showing where the rockets supposedly were launched. But the Times now grudgingly admits its analysis was flawed. The New York Times has, kind of, admitted that it messed up its big front-page story that used a “vector analysis” to pin the blame for the Aug. 21 Sarin attack on the Syrian-government, an assertion that was treated by Official Washington as the slam-dunk proof that… Read more »