I understand why Germany takes such a hard line against any expression of Naziism but it really does strike me as counterproductive for Bavaria to prevent the publication of Mein Kampf. It’s a horrible little book, but it’s an extremely important historical source. I can’t imagine feeling free in a country where I couldn’t go get a copy of Mein Kampf on short notice.

The copyright on Mein Kampf, the manifesto by Adolf Hitler published in the 1920s, will expire in 2015. The book is currently banned in Germany, but the Bavarian Finance Ministry, which owns the copyright, last year announced it would allow the publication of an edition annotated by the institute.

The state announced Tuesday it will take legal measures to stop the publication. Charlotte Knobloch, the former head of the Central Council of Jews in Germany, praised the decision.

Censorship is not the answer.

Cat Food for All! 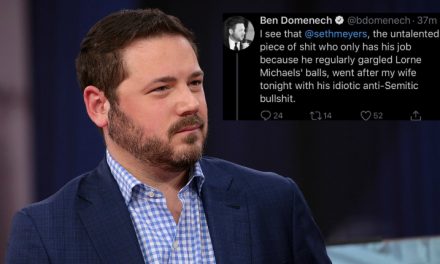 The precedent they are setting by doing this is horrible.  Not to mention that I can have the complete book downloaded, for free, in the time it takes to read your post and type this comment.  So just what the hell are they hoping to accomplish, beyond the symbolism?

It’s posturing by the Bavarian government.  German “collective guilt” still runs deep and nowhere deeper than in Bavaria where Hitler launched his political career, designed the Nazi swastika banner and wrote Mein Kampf. And why not?  Look at the handy way in which people around the world resort to dropping a reference to Hitler or the Nazis if there is the slightest aggression from Germans.  Whether a foil for the lazy Hollywood script writer (Indiana Jones anyone?) or the ultimate cap to an internet argument (Godwin’s rule), Germans are constantly reminded of the evil that spawned in their society. Still… Read more »

A superstitious pall hangs over this book in Europe, as if Hitler was some kind of sorcerer, black wizard. It is forbidden in the Netherlands too and I don’t know where else (almost certainly Austria, I’d think). A stubborn insistence seems to prevail that the book is dangerous and that Hitler’s evil words could cause the horror to repeat itself, as if Hitler would reincarnate. The Central Council of Jews in Germany would do well after all these years to not perpetuate this myth.

In Germany it is far more than a superstitious pall.  And it is not just about history.  In recent years there is a resurgence of a genre of movies and TV examining the times of Nazism.  Some of the work gets facts right and some deplorably misrepresent history.  The attempts to come to terms with history are a major endeavor in Germany. And then there is the very real concern about neo-nazi groups in Germany in these times (headline from May): NSU neo-Nazi murder trial opens in Munich The trial of the surviving member of the National Socialist Underground (NSU),… Read more »

Most Americans have no frame of reference to understand what is happening in Germany. Sure we do. Just look at all the ongoing controversies over the Confederate flag. Or whether the Civil War was even about slavery. And I recently saw something about a campaign to take Andrew Jackson off the $20 bill because of the Trail of Tears, and all his other violations of human rights. It’s true that there’s no one talismanic book like Mein Kampf in American history. The nearest thing might be to try to ban the collected works of John C. Calhoun. But all that… Read more »

Wish we’d banned the Confederate flag and all other symbolism extolling the glory of state economies based on slavery.

As with banning books, banning flags is not the answer either.  The objective should not be to glorify by banning, but to marginalize by relcgating to the dustbin of history.  But, as with Nazism and Hitler in Germany, we Southerners,too, have to come to terms with the Confederacy and what it really represented. That can only be done via educating with the true facts, which is why history in the schools is so important.

As if banning that flag could possibly have more glorified it than what was allowed to live on.  How many more centuries will that education thingy require before?

I wish we’d taken the Reconstruction more seriously, starting with prosecuting at the high levels of the Confederacy for treason.

We don’t do reconstruction.  We’re better at smashing things up.

I will say this: every time I see someone driving a pickup or SUV with that damned Confederate flag – either in bumper sticker, window sticker, or on the front license plate holder – I immediately lose all respect for that person. In a way they serve as free advertising: I can surmise readily that they are white nationalists of one stripe or another, and that we will not be getting along in this life or any other. And if I see one of those sorry-ass vehicles on the side of the road, I’ll drive by and laugh as I… Read more »

What I meant is most Americans don’t have grasp of the main facts related to the German situation.

The apparent American parallels are different in many ways.  Frankly, I doubt most Americans understand them much)  We seem so far from a reconciliation with our own horrors.  I don’t think we’ve undergone anything quite like the German post-Nazi experience after our own “experiments” with genocide of native cultures and slavery.

The fear of the fear is greater than the fear itself. If they’d just publish the book, it will lose its fascination and mystique and that will be more than the end of it. The neonazis or fans of Hitler will remain whether the book is published or not. No one seems to actually read it. I’m not so sure that Germany is agonizing about ‘history’ as much as you seem to think.

. Let’s leave it up to the Germans how to deal with this delicate part of its history. The State of Bavaria with Munich as its capital, has banned all Nazi symbols, etc. I understand, due to the Bavaria copyright, Mein Kampf cannot be reprinted, published or sold within Germany. The book can be exchanged from person to person as there were millions of books given away by Herr Hitler. Other publishers outside of Germany do have copyrights. A British publisher who planned to sell extracts of Adolf Hitler’s political manifesto Mein Kampf on the streets of Germany has backed… Read more »

Good point.  Not sure what to call it either.  I’m comfortable calling it censorship while at the same time recognizing that this is SOOO much wider than banning one book.  And the ban isn’t motivated for the same typical reasons we see in the US – like one state trying to edit Thomas Jefferson out of history or Possum Holler, Illinois banning Catcher in the Rye from the library.  It’s a very different dynamic.  It’s more based on collective guilt than fear of “the other”. I  believe there are still a few laws on the books in the federal government… Read more »

from what I’ve heard Germany has been very conscientious about dealing with the past, in fact the most conscientious of European nations (personal communication is my source). I think of ‘censorship” as referring to excluding from access works that go against the beliefs of whomever is banning them. Because Germany has been so honest about confronting its past, that’s not what’s happening here.

“The copyright on Mein Kampf, the manifesto by Adolf Hitler published in the 1920s, will expire in 2015.” The key phrase here.  It will expire in 2015 UNLESS they publish.  If they don’t publish, it goes into the public domain, so in order to retain the copyright, they must publish by 2015.   Ever notice how Disney issues “new” releases of old content all the time?  For the same reason: To retain copyright on what traditionally should enter the public domain.  All art is made of previous art, and perpetual copyrights are as morally bankrupt as the dead man Bavaria… Read more »

must be nice, to sit back in a strong country, being a person who is free from threat, and declare “censorship is not the answer”.

may your life be such that you never have cause to question that rule-substituting-for-thought.

nevermind there are plenty of valid prior restraint circumstances in THIS country.

Unlike most of you on this board I actually lived in Germany – it was Western Germany for most of my stay, Germany at the very end. JeffL and Oui have it right. I totally understand where people are coming from when they say “censorship is not the answer”.   This was exactly my own position before I took up residence in Germany.   What I learned changed my position entirely. First, please understand a basic distinction.  In Germany your right of free speech allows you to advocate the exact position of Hitler and the Nazis.   The ideas are… Read more »

A minor anecdote to add to all this.   At the time I had kept all of my college books with me, and Government was one of my majors I had a lot of those kind of books – including an English language version of Mein Kampf.  The title, of course, was in German and it had a picture of Hitler on the cover.   Sensitive to what this book meant in Germany I’d put it on a closet shelf behind other books when I arrived and hadn’t thought about it sense. When I moved away from Germany my company… Read more »

Minor anecdote #2.  A co-worker of mine at the time had the middle initial A.  Unlike everyone else his full middle name was not available in company records and he got very angry when a non-German (not me) asked him what his middle name was.

particularly Interesting to me b/c – I’ve heard lectures attempting to understand  what happened from a sociological perspective  [that was different elsewhere, pace Godwin] and looking at the function of the symbols, reification may be the term. very very interesting, thanks.

Yep – a lot of studies have been done on the rise of Nazism, and I’ve read quite a few.   But how do you keep it from coming back? The Germans thought deep and long about this and put many, many roadblocks into place in the hopes that if they tried every little thing together they would create a sufficient barrier.  For example, political parties need 5% of the vote before getting any representation in the parliament – keeps the fringes from getting footholds and perhaps getting pro-fascist laws passed in exchange for giving enough votes to the ruling… Read more »

thanks you  GreenCaboose The 2010 season help observe banned books 1 week, by giving no cost e-cards to the family. No cost e-cards are speedily more popular in comparison with paper memory cards, you will discover absolutely various advantages for that.
click this click here .