There were 15 or so of us gathered around the large conference room table.  It was a brilliantly sunny afternoon in the fall of 1996 and the Philadelphia Daily News editorial board was conducting yet another interview in the laborious election-year process of endorsing candidates.  I happened to be sitting in because I was directing the paper’s presidential campaign coverage and this particular day the candidate was William Jefferson Clinton, whose wife Hillary was at its side.  Although Election Day was a month or so off, it was assumed Clinton would roll to an easy re-election victory, which he did, and that the Daily News, a liberal bastion with a blue-collar readership, would endorse him over the hapless Bob Dole, which it did.

I have three powerful memories from that encounter: That the Secret Service had overlooked a large ceremonial African tribal dagger in a leather sheath in the middle of the table when it had scanned the room, which elicited titters from the editorial board and concerned looks from two Secret Service agents when the president pulled the dagger from the sheath and turned it in the sunlight while answering a question about education, I believe.  That Mrs. Clinton, who sat immediately to my right and said nothing but dutifully nodded and smiled when her husband spoke, was wearing a perfume reminiscent of a scent an old girlfriend used, and that together and separately Bill and Hillary Clinton exuded a power for which words like charisma and magnetism are inadequate.

Thousands of news stories, analyses and commentaries have been written about the Clintons in the nearly two decades since my close encounter, many of then negative, many of them positive, and many of them attempts to try to figure out what the heck makes them tick.

Why, in my view, Bill Clinton is the best politician of my lifetime despite reliably being his own worst enemy yet remains hugely popular with large swaths of the electorate.  Why Hillary Clinton is the most popular woman in America in poll after poll yet remains deeply unpopular with many voters and an enigma because of the long shadow cast by her husband in the 40 years since she agreed to move to Arkansas in the service of his nascent political career.  And why the Clintons, who at ages 68 and 67 could be quietly minding their business as proud grandparents back home in Chappaqua, seem to be running harder than ever — Bill to feed his high-octane ego as a global post-presidential celebrity who still relishes the roar of the crowd, and Hillary to become not just the first woman president, but to prove her detractors wrong and finally escape that long shadow.

I wrote elsewhere the other day that there are only two ways that Hillary Clinton will not be elected: By Republicans suppressing the Democratic vote in enough states to eek out victory, or for the conservative-dominated Supreme Court to throw the election to the GOP as it did in 2000.  I should have added a third way, or rather the potentially toxic combination of two things: Running too timid a campaign, which she did in 2008 by conducting a traditional man’s campaign and not running as herself, whoever that may be.  And not being able to keep at arm’s length her husband, who meddled to excess in 2008, as well as the troubling baggage of a family foundation that has raised a cool $2 billion or so for good works from foreign donors, too many with dodgy reputations, who expect that a President Hillary Clinton would side with them when the international going got tough.

The long and the short of the situation is this: Republicans have been fiendishly clever in keeping voters (and that supposedly liberal media) focused on her.  If she cannot put the focus on us — as in the dividends voters should expect to reap from her presidency, a sure-thing win may slip from her grasp.

A fatal case of Clinton fatigue next November would not merely hand the White House to a Republican who, judging from the overcrowded GOP field to a man (sorry, Carly), would not merely undo the accomplishments of Barack Obama, but even more importantly pack a Supreme Court that would do untold damage for many years to come. 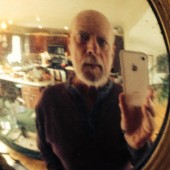