Upper House Sanctions Use of Russia’s Military Force In Syria

Lawmakers authorize use of Russian military force for anti-IS airstrikes in Syria | Tass.ru |

The Federation Council has unanimously granted permission to the Russian president to use the nation’s military force in Syria, Kremlin chief of staff Sergey Ivanov told journalists on Wednesday.

Russia will use only its Air Force in Syria against the Islamic State (IS) terrorist group upon the request of Syrian President Bashar Assad, Ivanov said, stressing that no ground troops will be sent.

“The operation’s military goal is exclusively air support of the Syrian armed forces in their fight against the IS,” he said. This operation by the Russian Air Force is limited in time and the types of the used weapons are not disclosed, Ivanov added.

“The use of armed forces on the theater of military operations is ruled out,” he said.

President Vladimir Putin has earlier requested the upper house of parliament to authorize the use of Russia’s armed forces outside the country “based on the generally recognised international law norms and principles,” the Kremlin press service said.

From FOIA records on secret memos in 2012 .. no surprise to me as that was my analysis all along. Question to be asked, why is U.S. Congress spending time on Benghazi deaths and not on the failure of policy in Syria and costs in human lives of regime change!

In Al Jazeera’s latest Head to Head episode, former director of the Defense Intelligence Agency Michael Flynn confirms to Mehdi Hasan that not only had he studied the DIA memo predicting the West’s backing of an Islamic State in Syria when it came across his desk in 2012, but even asserts that the White House’s sponsoring of radical jihadists (that would emerge as ISIL and Nusra) against the Syrian regime was “a willful decision.”

Amazingly, Michael Flynn actually took issue with the way interviewer Mehdi Hasan posed the question–Flynn seemed to want to make it clear that the policies that led to the rise of ISIL were not merely the result of ignorance or looking the other way, but the result of conscious decision making:

Hasan: You are basically saying that even in government at the time you knew these groups were around, you saw this analysis, and you were arguing against it, but who wasn’t listening?
Flynn: I think the administration.
Hasan: So the administration turned a blind eye to your analysis?
Flynn: I don’t know that they turned a blind eye, I think it was a decision. I think it was a willful decision.
Hasan: A willful decision to support an insurgency that had Salafists, Al Qaeda and the Muslim Brotherhood?
Flynn: It was a willful decision to do what they’re doing.

Hasan himself expresses surprise at Flynn’s frankness during this portion of the interview. While holding up a paper copy of the 2012 DIA report declassified through FOIA, Hasan reads aloud key passages such as, “there is the possibility of establishing a declared or undeclared Salafist principality in Eastern Syria, and this is exactly what the supporting powers to the opposition want, in order to isolate the Syrian regime.”

Putin’s realist talk about Syria at the UN, which embarrassed the platitude spouting Obama, led to a change in U.S. policies.

The White House has halted the Pentagon training of the unicorn riding “moderate rebels”. That program is toast but the real question is if the “secret” CIA run program, which is vastly more extensive, is also suspended. My hunch is that it is.

On top of that Secretary of State Kerry made a very new statement that amounts to a really significant change in policy:

The United States and Russia agree on “some fundamental principles” for Syria, the U.S. Secretary of State John Kerry said on Tuesday, adding that he plans to meet again with Russian Foreign Minister Sergei Lavrov on Wednesday.

“There was agreement that Syria should be a unified country, united, that it needs to be secular, that ISIL (Islamic State) needs to be taken on, and that there needs to be a managed transition,” Kerry told MSNBC, adding that differences remained on what the outcome of such a transition would be.

Never before has the U.S. officially expressed a demand that the Syrian state should in future be “secular” as it is now. This is a rejection of the Muslim Brotherhood dominated Syrian exile coalition and of the GCC states’ proxy fighters in Syria who demand a sectarian state based on Islamic law.

Since Israel lost the 2006 war against Hizbullah the U.S. and Israel plotted to overthrow the Syrian government which they accuse of facilitating Hizbullah’s military supplies. The U.S. planned, prepared and financed a “color revolution” scheme and an exile opposition.

As Seymour Hersh reported in 2007: The Redirection – Is the Administration’s new policy benefitting our enemies in the war on terrorism?.

See also my serie of six diaries on Syria here: 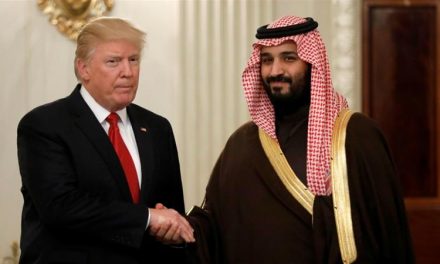 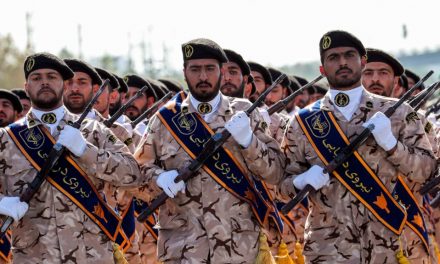 Dumbest Beltway Warmonger of the Day

Russia launches first airstrikes against targets in Syria, says US | The Guardian | Russia has launched its first airstrikes against targets in Syria, according to US officials, two days after the Russian leader spoke to the UN and called for an international coalition against terrorism to fight Islamic State. US officials told Reuters that Russian airstrikes appeared to have taken place in the vicinity of Homs. The Syrian Observatory for Human Rights earlier said at least 27 people were killed in airstrikes on areas in the western province of Homs. The strikes targeted northern areas in the Homs countryside.… Read more »

Russian President Putin and U.S. President Obama address UN hours before long-awaited meeting. A remarkable exchange of jibes over regime change in Libys and Syria. A freezing relationship returning to the dark days of the Cold War. Obama’s speech filled with hypocrisy and revidion of history. Obama doesn’t consider Russia a major power and shrugs his shoulders when Putin won’t follow the lead of the US on “democracy” and capitalism. Vladimir Putin steals Barack Obama’s thunder on the world stage The Russian president showed up at the United Nations on Monday for the first time in a decade, proposing a… Read more »