Could Saudi Arabia and Israel Draw the U.S. Into a Regional War? 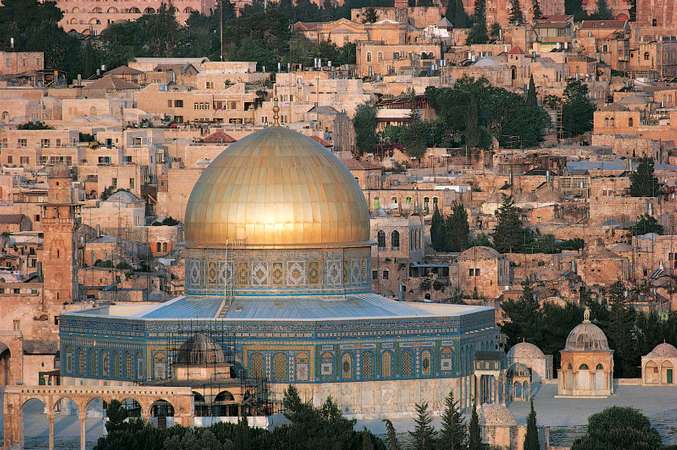 Over the weekend, I wrote about the drone attacks on Saudi Arabian oil facilities and how they are likely to set off a regional war involving the United States. That’s not a happy thought, but by this morning it appeared even more likely as the Trump team is now accusing Iran of carrying out the strikes. Unfortunately, this administration isn’t even reliable about the weather, so we’re going to need to see plenty of proof and independent corroboration before we can take their word for it.  Even then, there will still be plenty to debate over how best to respond.

A different kind of match has been lit near the armory in Israel, where Benjamin Netanyahu is fighting for his political life. The last polling before Tuesday’s election showed Bibi coming up just short of obtaining a majority-forming coalition. If that is the election result, he will probably be out as the leader of the Likud Party regardless of what else happens. The main competitor to Likud, the Blue and White Party, has already stated that they will only consider an alliance with Likud if Netanyahu is gone.

So, Netanyahu has every incentive to throw Hail Marys here at the end of the campaign. He doesn’t need the polls to be off by much to prevail, and if he can move public sentiment at the last moment, then he could survive that way, too.  Here, per the Associated Press, is what he came up with:

“I intend to extend sovereignty on all the settlements and the (settlement) blocs,” including “sites that have security importance or are important to Israel’s heritage,” Netanyahu said in an interview with Israeli Army Radio, part of an eleventh-hour media blitz.

Asked if that included the hundreds of Jews who live under heavy military guard amid tens of thousands of Palestinians in the volatile city of Hebron, Netanyahu responded “of course.”

In other words, Netanyahu is promising to unilaterally annex all the Israeli settlements in the West Bank. He’s hoping this will win him some extra votes. If that were to happen, I can’t really imagine what concessions would be left to offer the Arab world in any kind of peace settlement with the Palestinians.

Any resulting violence would have a good chance of blowing back on American citizens, especially because Trump has been openly attempting to help Bibi in the election. As the Wall Street Journal reports, the American president offered Israel on Saturday a mutual defense pact. The timing makes the motive obvious, but it isn’t universally popular in Israel:

Whether a pact ever becomes a reality or not, we can be sure that our government will be seen as a partner in Netanyahu’s plan to annex huge chunks of the West Bank, and thus our country could become a logical target for revenge strikes.

Perhaps the solitary thing Trump has done that merits praise is demonstrate some reluctance to casually escalate matters militarily in the Middle East. His policies have been horrible and have, in many ways, led to the point we find ourselves in now, but at least he hasn’t been starting new wars or putting more American soldiers in harm’s way. I think that is about to change.

He’s positioned us on the Sunni side of a region-wide sectarian civil war and has come down so heavily on Israel’s side in the Israeli-Palestinian conflict that we’re no longer even theoretically a neutral mediator. This is exactly what Barack Obama was willing to take so much criticism to avoid.

There are now forces moving nations to war that may overwhelm any resistance from political leaders. Since America looks like it will be a participant in this war and cannot be confronted too directly with conventional arms, that means more asymmetrical warfare: cyber attacks, Improvised Explosive Devices, car bombs, terror attacks, missile launches at economic targets, and now drone strikes.

The world energy supply will certainly be disrupted with serious economic and political consequences.

I’m not sure anything can stop what has started here, but if the Israeli voters take Netanyahu out of the equation on Tuesday, that will definitely be a step in the right direction.

Smothering the Last Flames of Hope in Homs, Syria

I understand Iran has many missiles pointed at our allies in the ME. It would be foolish to disregard it with the consequence of destruction throughout the region. Thus far Trump is not calling for any strikes and, presumably, he would go to congress first but no guarantee there. Iran is angry about the sanctions and restrictions on its oil. And there is no love lost between Iran and Israel. It would be a good idea for SA to make peace with Yemen and bring the rhetoric down, but, as we know, these guys are not taken to moderation. I… Read more »

Wannabe dictator Der Trumper is most definitely not going to seek Congressional approval to attack Iran. He has already tweeted that the American airstrikes and their targets will be determined by Saudi Prince bin Salman, an actual member of the Dictator Club.

This is what comes of acting as though electoral college prezes have the same authority as democratically legitimate ones, and cravenly giving prezes absolute authority to unilaterally conduct offensive attacks against some satrap’s enemy 8,000 miles away because the WH (theoretically) needs to parry attacks against US soil.

Indeed, why would a fascist give a rats ass about laws or norms. Still I hold out some hope that Trump or one of the gestapo will understand they are stepping off a cliff, and it is hard to get back on it, especially when your enemy has likely anticipated this and may also be itching for a fuss, since those sanctions are to die for. So a little delay might be good for his soul and allow him to blame the dems and Obama. Also das Trumper impressed me as a little chicken shit but I place no bets… Read more »

It sure looks like our incompetent imbecile, just like Kaiser Wilhelm II before him, is about to be pulled into a war that he likely does not want, but cannot resist as a result of disastrous “alliances” that should have long ago been discarded as damaging to the nation. Perhaps even Puppetmaster Putin cannot head this one off, just as British Foreign Minister Sir Edward Grey could not order France and Russia to stand down. Insane wars that no one really wants are quite possible. And here, our calamitous “allies” KSA and Israel definitely want the US in a war… Read more »

Iran has had way to much time to prepare for an attack from Israel, SA, and the US. Proof. Well how far did those drones fly to hit their targets undetected? How did they shoot down our $200 million drone with on shot? But, there appears to be no way out of war. These are people who do not talk to each other. We have a group of individuals who only communicate through insults and threats.

Every damn war each side(s) thing the will come out ‘ahead’ or unscathed. Whomever did this just showed the whole world, including the SOB who runs Saudi Arabia, what’s in store in a war. Your point about time to prepare is right on the mark.

In this one, nobody gets out unscathed.

Bolton’s gone but apparently his obsessive Iran war insanity lives on. Even if it was Iran that attacked SA oil facilities its still not a good reason for the US to become mired in a shooting war in the ME, because it won’t just end with the US “bombing the shit out of Iran” and everyone else — Israel, SA coming out unscathed, as Iran has demonstrated military capability to respond with devastating effect. It may not “win” such a war, but based on the definition of what winning is, none of the participants would, and even more nations not… Read more »

Agreed, but what do we actually have? A prez and FP team that coddles KSA’s Yemen adventure because the Kingdom buys bombs from us, bends over backwards to give serial “wins” to Netayahoo, and withdraws from the Iran nuclear deal and escalates sanctions in fealty to Israel and KSA. And then acts surprised when the (obvious) provocation aids Iranian hardliners and militarists. And no Dem prez candidate can parrot the above and simply declare that the ME is in flames and at Defcon 5 because we have an unqualified boob for a prez, with an “acting” team that has made… Read more »