US Creating a Sunni Principality in Syria

Sometimes IS / Al Qaeda / Al Nusra needs the support from Erdogan’s Turkey, Netanyahu’s Israel or US Military and the Pentagon. The recent bombardment by US allied forces of a crucial Syrian Army military post at Deir Ezzor is a harsh example. What agreement for cessation of hostilities? F*ck the dialogue, or the diplomats in Geneva: Lavrov and Kerry. NATO is a loose military entity.

Two recent attacks against the Syrian Arab Army in east-Syria point to a U.S. plan to eliminate all Syrian government presence east of Palmyra. This would enable the U.S. and its allies to create “Sunni entity” in east-Syria and west-Iraq which would be a permanent thorn in side of Syria and its allies.

A 2012 analysis by the Defense Intelligence Agency said:

THERE IS THE POSSIBILITY OF ESTABLISHING A DECLARED OR UNDECLARED SALAFIST
PRINCIPALITY IN EASTERN SYRIA (HASAKA AND DER ZOR), AND THIS IS EXACTLY WHAT
THE SUPPORTING POWERS TO THE OPPOSITION WANT, IN ORDER TO ISOLATE THE SYRIAN REGIME …

Just as ISIS has a special contingent for Libyan fighters- namely, the Katiba al-Bittar al-Libi, which previously played a pivotal role in the defence of ISIS’ southern Hasakah stronghold of al-Markadah from the attacks of Jabhat al-Nusra and other rebels and is now pushing deep into Deir az-Zor province, losing a number of fighters in the process- so ISIS also has a special contingent dedicated to fighters from Gaza.

This should come as no surprise. After all, images of support from Gaza for ISIS have been in evidence for nearly a year now, and when it came to the infighting between ISIS and other groups in Syria that broke out this year, the two main Gaza-Sinai jihadi groups- Jamaat Ansar Bayt al-Maqdis and Majlis Shura al-Mujahideen – came down firmly on the side of ISIS. The Gazan contingent in turn reflects the division among the Palestinians outside Syria regarding the Syrian civil war: namely, that while there is no evidence Hamas has an organized presence in Syria to support the rebels and its insistence on neutrality is to be believed (much to the chagrin of the Islamic Front), Palestinian Salafi circles have been active in assisting the rebels. 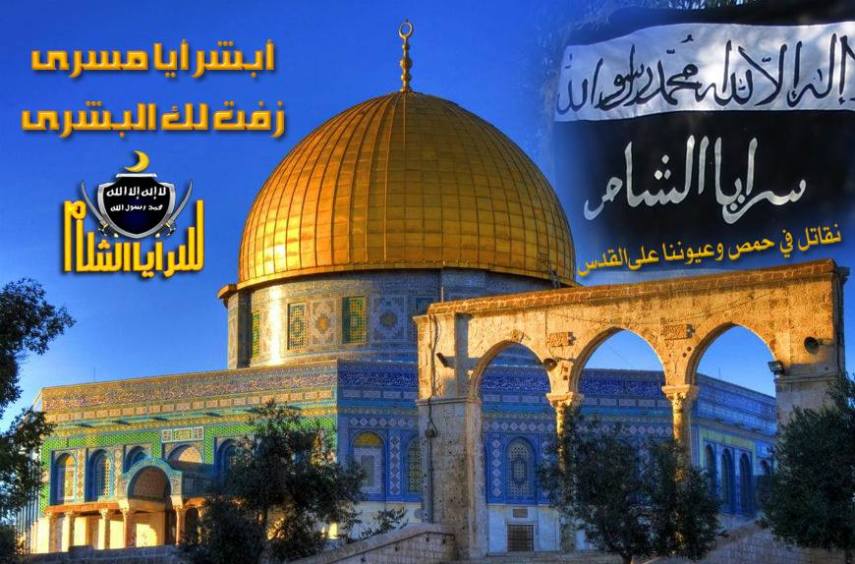 « click for more info
"We fight in Homs and our eyes are on al-Quds."

Who Is ‘Surge’ McGurk, Nominee US Ambassador to Iraq

Stop the War on Iran! His Son Is Dating A Gentile