In which the National Review is right

Mino highlighted a great piece.  I noted in a comment that there is a lot of last days thinking, and that was infecting politics and is a result for the bitterness we see.

Booman quoted an article saying something to the effect that a Trump win would be the end of democracy in America.

Which is absolute nonsense.

Ponder American exceptionalism for long, and you’ll be drawn to a remarkable paradox: We’re exceptional in large part because the Founders realized that we’re normal. Our nation is full of human beings who possess the same will to power and temptations to dominate as have existed in every society that ever existed. So Hamilton as his colleagues made the exceptional decision to limit and diffuse governmental authority, an act that to this day helps make — and keep — America great. When, barring any shocking developments, Hillary Clinton is sworn in on January 20, 2017, she’ll take the oath of office with the knowledge that her actions will be judged by voters in less than two years. Absent a truly historic electoral rout, she won’t have a free hand to implement her agenda for even one day of the first half of her first term, and if the mid-terms go badly for her, her freedom will be further limited. That just isn’t the recipe for an extinction-level constitutional event.

Replace Clinton with Trump and he is still right.

At some point some sense of reason has to return, some sense that the republic isn’t about to collapse.

When that happens it may be possible to actually come together as a country in a far less acerbic
way. This will effect the GOP the most: The Tea Party breathes off the this stuff. 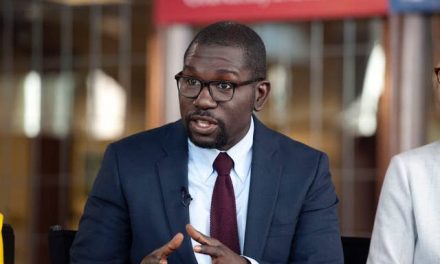 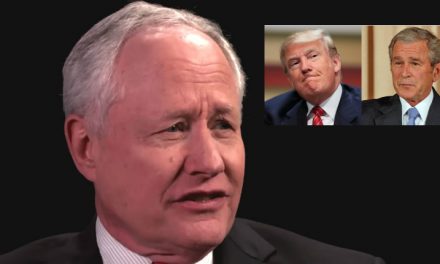 Neoliberal “social” theory is anti-community. That might be why it is so toxic as a form of government. It loves to signal virtue with its meritocracy claims on one hand and special pleadings on the other.

Don’t agree at all. We simply have not had a president willing to push their constitutional authority to the limit since Lincoln, and that was during a Civil War. If the president was Trump, he’d drag the GOP to his level and push the constitutional framework to its absolute limit.

I think you need to wade into the waters of “alt right” twitter to understand just how wrong this is, who people like Steve Bannon are, and who is the real mouth piece for the campaign right now.

Bollocks.  Plenty have not only been willing but did push.  Sometimes they got away with it and sometimes they didn’t.  Depends on whether the public, congress, perma-gov, or the courts are willing and able to slap down such presidential efforts.

Pikers. Perhaps when I say “push the constitutional limit” I should emphasize that I mean more along the lines of the Enabling Act.

Well, I agree that NR author French is right—HRC is a completely mainstream conservative Dem whose proposed policies (which will never be enacted) would certainly not harm the republic in any way, and that those who think she or they will are simply irrational collapsarians stuffed to the gills with “conservative” claptrap.  Just as there is no rational basis to believe the completely inoffensive Obama is a “tyrant” or “dictator”–a characterization which NR has spent the past 8 years foisting upon its cretinous readers. But I cannot agree that the opposing scenario with Trump is equivalent, as I spent some… Read more »

Do you see Trump as some sort of mainstream American politician that our constitutional system can (and will) successfully constrain?

Did our system constrain Dubya and his clown show?  People seem to forget, or what to forget, all the insanity and wackiness of the Bush the Lesser years.

iirc a goodly chunk of Democrats (voters and politicians) rolled over for Bush/Cheney and the MSM was totally infatuated with the frat boy.

Is that the level of political power that Trump would have?  Have yet to hear anyone make the case that all senior members of the GOP in Congress will take orders from Trump.

A great deal of the “collapsitarian” fears now infecting this country are actually quite reasonable. The situation in which we find ourselves…along with the developed countries of Western Europe particularly…is absolutely new. 1-A single massive hack or other sort of digital shutdown (EMP-style) would completely freeze this country in its tracks. This is so different than the Mutually Assured Destruction system in place during the Cold War. Only those countries that have become almost totally dependent on digital infrastructure are at risk, and those with the most digital dependence…the U.S. right at the top of that list followed by most… Read more »

Booman Tribune ~ In which the National Review is right 3-The U.S. is the single greatest debtor that history has ever seen. The same Cold War concept of Mutually Assured Destruction is essentially the only thing that is keeping its creditors from foreclosing, and as Russia and China become more and more prosperous that whole MAD thing looks less and less viable. Pull out the rug and the whole economy will follow. I would like to note that there is a big difference between national debt (the sum of expenditure minus the sum of taxes over the existence of the… Read more »

Yes, as I recall, every President in the last few decades has repeatedly threatened to jail his opponent if elected. And has promoted torture and war crimes. And has gone around claiming that the whole electoral process is fraudulent. And has wondered out loud about why the US hasn’t been using nuclear weapons. And…

What the fuck. Donald Trump is an absolutely garden variety candidate. Any fool can see that.

It’s that absolutely historical rout that I am hoping for, not because it gives Clinton a free hand but because it (1) ends any possibility of the gridlock strategy for four/eight years by Republicans, (2) it shows that the repudiation of Trumpism crossed previous red state/blue state divides and was a national rejection, and (3) it allows Democrats to push CLinton in a direction other than the one that she might drift as a result of here large campaign contributors and close ties with the national security establishment.

It’s that absolutely historical rout that I am hoping for, not because it gives Clinton a free hand…

Exactly how does such an “historical rout” not give HRC a free hand?  That is a truly scary proposition IMO.