I don’t read enough sports journalism to have an informed opinion about it. My interest in the more fine-grained, behind the scenes aspects of sports waned around the time this country geared up to invade Iraq and I suddenly had higher priorities. I still watch sports, although with less interest and intensity, but I hardly ever read about them. Still, I can discern a few things even from my remove.

If you want to cover these teams and these players, you need to understand and respect their values, which are both multicultural and millennial. And if they’re out of step with tradition or with their largely white non urban fan bases, that isn’t a knock on the players because they didn’t create this cultural gulf.

His critiques of liberal sports writers probably have a lot of validity. I think the liberal writers are probably alienated from the players they’re covering, too. But the most recent debate in sports that caught my attention was over how fans of the St. Louis Cardinals treated their new free agent signee from the World Series champion Chicago Cubs. Dexter Fowler voiced opposition to President Trump’s travel ban because it impacted his family personally. His wife has family in Iran. His reward for speaking up was to be told to “shut up and play.”

Other athletes from the Super Bowl champion New England Patriots have been similarly criticized for refusing to travel to the White House because they are opposed to Trump’s politics, particularly the travel ban.

This conservative backlash can be seen regularly when Hollywood stars like, more recently, Meryl Streep, speak out against Republican policies.

As a journalist, you can stick to reviewing movies and games, or you can bring the actors and athletes to life a little bit by trying to understand them and what drives their success and their decisions. If you’re covering a more conservative culture, like auto racing, then the same holds true. It’s not necessary or helpful to be judgmental about the people you’re covering, and you should at least strive to portray them accurately and with respect, if possible.

It’s a mistake to blame the journalists for this. It’s just a symptom of something that is plaguing our entire society right now. 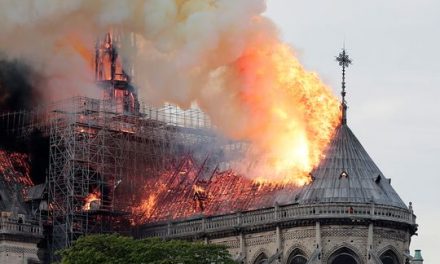 Hemp Food is Under Attack Again

Similar remarks re movies. “Give us the beloved stuff we want — that only you can provide — and never mind the lecture.” I’ve discussed this with a conservative friend, who’s very smart but adopts the standard right-wing line (which is fiendishly clever) about how the “diversity message” (or whatever) is intrusive or proscriptive. “Keep the politics out of it.” Which is silly because, even more than sports, movies are intrinsically political and always have been. I’m not going to name specific movies because I figure BooMan doesn’t want this thread to derail into a huge discussion of this movie… Read more »

No, I lumped movies and sports together for a reason.

We don’t have anything like it on the left where a bunch of really conservative creative people make something we love even as we can’t stand their politics. Instead, we have isolated cases, like Jon Voight, who is about as great of an actor as you will find.

Or Clint Eastwood.  An amazing director who is quite the idiot when it comes to politics.

I don’t care about offscreen personae and opinions. (“Intentional Fallacy” and all that.) I care about the politics of what’s onscreen — and Eastwood has made movies with powerful liberal messages (Changeling, Mystic River, Letters From Iwo Jima.)

Agreed, which is why his politics baffle me.

He’s just confused. I believe conservatives are all intrinsically confused, by definition: I don’t regard conservatism as a legitimate position — as an “alternate but equally viable” point of view. I used to, but not any more. After enough time looking at their economics, their social ideas, their policies..I can’t regard it as a serious political philosophy. There’s too much magical thinking; too much dishonesty about goals and methods. Even if they “admit” their goals are white power and moving wealth upwards, it still doesn’t work; it doesn’t translate into a “rising tide lifts all boats” phenomenon the way they… Read more »

I’m not sure I agree with that. For example, I really like Dirty Harry — cinematically, it’s an absolutely fantastic movie, and very enjoyable — but it takes place in a conservative fantasyland created for the purpose of justifying the protagonist’s monstrous actions (meaning, Calahan is “the only solution” in a situation where the police and judges “have their hands tied” in a way that is the opposite of reality; it’s an expression of late-sixties “Silent Majority” paranoia). Back to the Future is a right-wing movie, through and through, but it’s still fanastic (and a lot of the Reagan-era nostalgia… Read more »

Great references to Fight Club, Office Space, and The Fugitive.

Apologies for being unclear. I’m not talking about Eastwood — it could have been any actor. I’m saying the movie intrinsically, from the script on forward, is a right-wing, almost Fascist movie. (Many said this at the time.)

I’m not saying all movies or screenwriters are left-wing. I am saying that Hollywood, as a whole, is a liberal culture, just like the locker rooms of sports teams are liberal in most ways, especially when it comes to tolerance and multiculturalism. Obviously, they’re macho and male-dominated, too, so they’re not down the line cutting edge leftists.  They’re also more religious and Southern in culture than the progressive movement. So, there are degrees here.   Still, the average 305 lb. white 19 year old from rural Georgia isn’t as culturally enlightened as the same guy who just spent four years… Read more »

Dougherty’s column is a damn mess. It draws a number of issues into the liberal/conservative fight which really don’t belong there. The claim which is particularly problematic is the section which claimed liberals support freeing athletes from PED testing and discipline. “This is a strangely anti-labor and anti-regulation stance for liberals,” Dougherty wrote. Horse hockey. Players’ unions have demanded presumption of innocence, due process, fair treatment and quality testing programs. Over the years, they’ve bargained these things into their contracts thru collective bargaining. Dougherty falsely infers that Labor unions remain steadfastly opposed to keeping PED’s out of athletics. The weakness… Read more »

I think there are actually lots of companies that liberals enjoy and use even though they harm labor standards or the environment – Uber, Amazon and Apple come immediately to mind.

Which doesn’t change the fact that the public’s basic anti-authoritarian tendencies — the healthy, natural caution against getting manipulated, exploited and screwed — have been deliberately deflected away from corporate targets and onto “government” and “liberals distributing ‘free stuff’,” and this is a trend that has to be consciously and forcefully reversed.

Agreed. I have no idea why people tolerate Comcast or BCBS while complaining about the DMV. Well, I get it, but it never seems rational.

His critiques of liberal sports writers probably have a lot of validity. I think the liberal writers are probably alienated from the players they’re covering, too.

A few  sportswriters have surpassed their genus and become higher visibility.  Maybe because they are wannabe Hunter Thompsons, stylistically?

Which ones are those?  Mitch Albom?  Skip Bayless?

I listen to sports radio in Chicago and they do talk politics too and they’re far more liberal than I would have assumed before I started listening consistently.

Cardinals fans are the worst.

Well, I’m embarrassed to admit that I kind of took a shine to Rocket McFadden:

“Jesus fucking christ. I am running out of homosexual euphemisms. They fucking deserve your usual shitty article today so I’m gonna just take solace in the fact the Rams sucked my cock last night. I’m tired. Until the next loss my little Arabian Buttplug.

Fowler called the ban “unfortunate”, such horrible language. He and his Persian (Iranian) wife were planning on taking their daughter to grandma, now they are holding off. Commenters are so ugly. You ignorant fool, don’t you know you will be kidnapped and your wife raped if you go to that hellhole – and much worse garbage. Great way to welcome your new star right fielder, Cardinal Nation.

“This conservative backlash can be seen regularly when Hollywood stars like, more recently, Meryl Streep, speak out against Republican policies.”

You’d think this sort of criticism would fade out, considering who they boted into office.  But of course not.

It’s a mistake to blame the journalists for this. It’s just a symptom of something that is plaguing our entire society right now. Exactly right. Look, we are all participating in a grand experiment never tried before.  It may end up making millions of species extinct, including our own, but what the hell. The experiment was imagined in the early 1980s.  Conservatives were ascendant.  They’d captured the Presidency and a narrow margin in the Senate, although in the Senate a lot of the Republicans were still lefties and some of the Dems were still on the right, but that wouldn’t… Read more »

The US has become two groups.  Those with empathy for people completely unlike them and those who would (reluctantly in some cases, eagerly in others) support death camps for people of other races and their sympathizers if the right justification were presented.

“So Heritage Foundation (which basically ran the Reagan presidency for the first 6 years) and its allies hatched an idea to have their billionaire sponsors buy up the news media to “become Dan Rather’s boss” (look up the quote).” Actually – it started earlier than this – the Powell memo in 1973.  Where do you think the Heritage Foundation and its ilk came from in the first place?  Rick Perlstein’s books, as well as Jane Meyer’s Dark Money are very instructive and informative on the entire topic.  The “left” has attempted to counter this with Center for American Progress, for… Read more »

never tire of seeing this: