… at least he took a trip to Egypt and Israel in June 2015 to try overcome their natural objections to this harebrained scheme. He apparently took another trip in October 2015 to Saudi Arabia, but the details on that aren’t clear.

Time frame of coordination US foreign policy between Turkey, Israel, Egypt and Saudi Arabia: the year 2014 after the Libyan overthrow of Gaddafi, attempted regime-change in Syria, Hamas militants had freed MB prisoners including Morsi and the U.S. at last succeeded in a coup d’état in Kiev, Ukraine in February.

Obama and HRC were in bed with the Muslim Brotherhood: Turkey (Erdogan), Emir of Qatar and Egypt’s Morsi. Morsi and his Muslim Brotherhood extremists were ousted by Egypt’s military (general SiSi) with backing from KSA and the Emirates. Obama tried with all his might to force friendly relationship between Turkey and Israel after the manslaughter by IDF commandos on the Mavi Marmara in June 2010. Turkey, Israel and KSA have routine contacts between heads of its intelligence agencies.

○ How to Make People Stupid by BooMan on July 30, 2014
○ Quite Depressing Really, Obama and the ISIS Crisis

After the push by Israel and America’s neocons for a war with Iran in 2012 (opposed by the Obama administration!), president Obama worked with Russia, France, Britain, Germany and the EU to get the nuclear deal with Iran. Obama had to compensate Israel and the KSA with military goods to appease both nations. Trump just threw some octane fuel on the fire/clashes between the Arabian Gulf States and Iran. The war in Syria is nearing a climax and possible military confrontation between Russia, Iran and the US.

So general Flynn continued with his emissary work as a lobbyist between the same countries he was involved with as head of DIA working the same allies of the U.S., but as part of the IC.

Lt. General Michael Flynn, outgoing head of the Defense Intelligence Agency recently told an audience at the Aspen Institute that the ideology of Al Qaeda was “expanding,” and that Al Qaeda was not “on the run” as the Obama Administration had repeatedly insisted during the 2012 election.

So, Mike Flynn has been taken out by the IC for breaching the trust of the Deep State running U.S. foreign policy and an autonomous Pentagon fighting proxy wars in the Middle East.

○ International Crisis Group: Ten tips for government to get rid of the organization of the Islamic State

Iraq crisis: How Saudi Arabia helped ISIS take over the north of the country

How far is Saudi Arabia complicit in the Isis takeover of much of northern Iraq, and is it stoking an escalating Sunni-Shia conflict across the Islamic world? Some time before 9/11, Prince Bandar bin Sultan, once the powerful Saudi ambassador in Washington and head of Saudi intelligence until a few months ago, had a revealing and ominous conversation with the head of the British Secret Intelligence Service, MI6, Sir Richard Dearlove. Prince Bandar told him: “The time is not far off in the Middle East, Richard, when it will be literally ‘God help the Shia’. More than a billion Sunnis have simply had enough of them.” 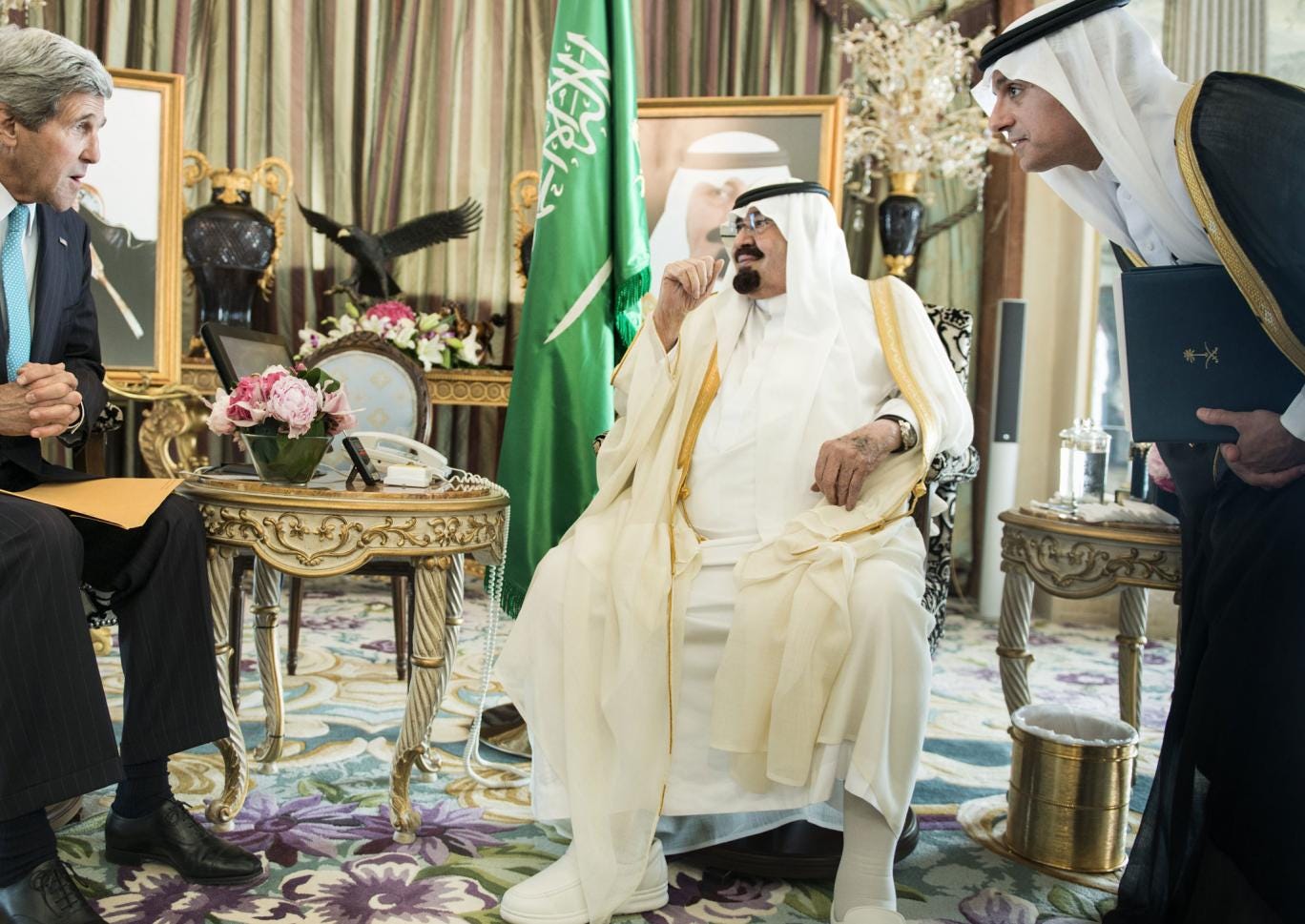 The fatal moment predicted by Prince Bandar may now have come for many Shia, with Saudi Arabia playing an important role in bringing it about by supporting the anti-Shia jihad in Iraq and Syria. Since the capture of Mosul by the Islamic State of Iraq and the Levant (Isis) on 10 June, Shia women and children have been killed in villages south of Kirkuk, and Shia air force cadets machine-gunned and buried in mass graves near Tikrit.

In Mosul, Shia shrines and mosques have been blown up, and in the nearby Shia Turkoman city of Tal Afar 4,000 houses have been taken over by Isis fighters as “spoils of war”. Simply to be identified as Shia or a related sect, such as the Alawites, in Sunni rebel-held parts of Iraq and Syria today, has become as dangerous as being a Jew was in Nazi-controlled parts of Europe in 1940.

There is no doubt about the accuracy of the quote by Prince Bandar, secretary-general of the Saudi National Security Council from 2005 and head of General Intelligence between 2012 and 2014, the crucial two years when al-Qa’ida-type jihadis took over the Sunni-armed opposition in Iraq and Syria.

Kennedy will likely retire before 2019