Anne-Marie Slaughter and the R2P Principle of War

Sorry it hit so close to home Martin – Google Causes a Bloodletting at New America . Well, after all it’s only a job lost … most likely principles kept. A fair trade-off.

Calling herself a Democrat and getting a platform. In February 2014 the Obama administration was succesful in a coup d’état in Eastern Europe. The military intervention by NATO in Libya and Syria has traumatized millions, caused massive migration flows into Europe, strenghtened the likes of UKIP in Britain, Geert Wilders and many right-wing extremist parties across Europe. Made a “YES vote” possible for Brexit and strenghtened the racist white people movement in Trump’s America. People die because of the likes of Susan Rice, Anne-Marie Slaughter, Samantha Power, HRC, … R2P principle my a$$. Yes of course, A New America … the Google Principle. America’s tech giants supporting Arab monarchies of the Gulf and support the “Arab Uprising” elsewhere. The long arm of propaganda through social media, bots and right-wing funding by bilionaires. Mercer didn’t mind who sat in the Oval Office as long as it’s not a Democrat. From Bush to Rubio to Trump … it’s about corporate America which has infested politics and removed “We The People” from the U.S. Constitution and the Bill of Rights.

A conversation with Anne-Marie Slaughter, policy planning chief in Hillary Clinton’s State Department, on the future of military interventionism.

Anne-Marie Slaughter recently became president and CEO of the New America Foundation, a Washington, D.C.-based think tank. A former professor of politics and international affairs at Princeton University, she was the first woman director of policy planning for the U.S. State Department, a job she held from 2009 to 2011. She was also among the first to call for U.S. military intervention in Syria, making her case in an op-ed published in the New York Times in early 2012. She spoke recently with Washington Monthly editor in chief Paul Glastris about her views on foreign policy and the role of think tanks in affecting policy.

WM: People who share your liberal interventionist views on foreign policy have not been winning many battles in recent years. Do you see cause for concern in that?

AS: I object to the characterization and the diagnosis. I would describe myself as a liberal internationalist, in a traditional Wilsonian tradition, somebody who believes that if you don’t pay attention to what is happening on the ground to actual people, you will pay. So that has meant that I’ve been very supportive of the intervention in Libya and I’ve been calling for action in Syria for two and a half years. Given how terribly–and predictably–the conflict in Syria has evolved, I think I was right there too. When I was calling for it there weren’t al-Qaeda members. The Free Syrian Army had just started, and you had plenty of much more moderate people who were basically asking for the same rights as everyone else across the Middle East. It was completely foreseeable that if you don’t help the moderates, the extremists are going to take over.

Anne-Marie Slaughter will always find employment. Plenty of “centrist” think-tanks around starting with the Soros Foundation of colour revolutions. Getting sacked by Google boss she might join the Atlantic Council with the likes of Bellingcat and Dmitri Alperovitch of CrowdStrike. [What’s In A Name?] Bah!

○ What is CrowdStrike? Firm Hired by DNC has Ties to Hillary Clinton, a Ukrainian Billionaire Pinchuk  and Google

The media’s go to source for kill figures is the New America Foundation. But its invaluable work is being cited in support of conclusions it doesn’t support.

Peter Bergen is among the most influential people in America when it comes to shaping public attitudes about drone strikes inside Pakistan. An author, print journalist, and broadcaster, he is a national security analyst at CNN, a fellow at Fordham University’s Center on National Security, and the director of the New America Foundation’s National Security Studies Program. It’s that last position that is most important for our purposes, for the New America Foundation sponsors “The Year of the Drone,” an invaluable effort to analyze press reports on drone strikes. “Our research draws only on accounts from reliable media organizations with deep reporting capabilities in Pakistan,” Bergen wrote, “and reports in the leading English-language newspapers in Pakistan–the Daily Times, Dawn, and the News–as well as those from Geo TV.”

Using reports of drone strikes in those outlets, the New America Foundation does its best to determine the date an attack occurs, the number of “militants” killed, and the number of civilian deaths. Everyone interested in those subjects is indebted to the organization for the work it has done aggregating disparate information. But Bergen and others are repeatedly overstating the conclusions that can be draw from their research. As a result of this wrongheaded analysis, published most prominently at CNN, countless Americans are being misled about our drone war.

I noticed this problem earlier this month, when a graphic published at the top of a Bergen column at CNN asserted that zero innocents have been killed during drone strikes carried out in Pakistan this year.

“Mr. Obama embraced a disputed method for counting civilian casualties that did little to box him in. It in effect counts all military-age males in a strike zone as combatants, according to several administration officials, unless there is explicit intelligence posthumously proving them innocent.”

As I explained at length, there is no way to confirm that conclusion from the New America Foundation’s data. The Bureau of Investigative Journalism, a British run enterprise that tracks drone strikes, has since weighed in agreeing with my analysis, concluding in part that “Bergen’s claim of zero reported civilian casualties this year is … factually inaccurate.” 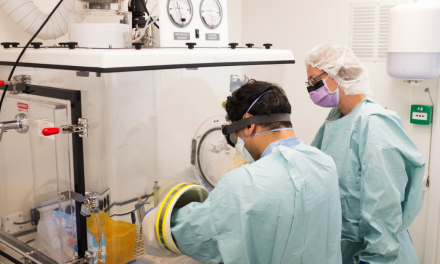 Did Covid-19 Escape from a Chinese Lab?

Mexican Gang Wars Out of Control

Keep digging, Oui. Your research is spot on. Luckily, you are not financed by Big Corp. Every time foundation money gets involved in so-called “progressive” efforts…and those progressives accept that money…you can plot the centerward swing on a common curve. It may happen fairly quickly; it take longer and it may or or may not be adequately publicized, but bet on it…if they take the money they will be compromised. I do not have a clue about how to get around this procedure except…stay as small and independent as you can and continue to tell the truth. William Butler Yeats… Read more »

A DC friend, however, sends a note pointing out one bright side of this humiliating debacle for New America & its CEO

Too bad Anne Marie Slaughter’s credibility took a hit, there are so many countries she will never have the chance to recommend we invade.

In a more perfect world, advocating for firing on some people is what should lead to losing credibility.  That would clean out the DC nest of vipers.  Alas, firing some people seems to be the only act that can generate some public outrage.

More from GG’s link … harsh words by Anne-Marie Slaughter making matters worse. She’s done a great job digging a deeper hole, showing her true colors and even illustrating the rift between Democrats [?] in her own party. Separating the Washington elites from her party’s deplorables. The departure of Barry Lynn and Open Markets from New America … When The Truth is Messy and Hard | Medium | As the leader at New America for nearly four years, my staff, our work and our mission are my priorities. I am completely committed to the intellectual independence and integrity of our… Read more »

that is really something. what a nasty woman. Barry’s … campaign against Google is the opening salvo of one group of Democrats versus another group of Democrats in the run-up to the 2020 election, at a time when I personally think the country faces far greater challenges of racism, violence, a broken political system, and geographic and partisan divisions so great that we are losing any common sense of what we stand and strive for as a country. I must admit, a true master of word games is at work here. No one should accept her definition of her foundation… Read more »