The Guardian puts the boot in &nbspplus 79 comments!

No sugarcoating from her (former) 27 EU colleagues. Time has run out. To save her party, May’s destroying Great Britain and looking into the abyss …

Newspaper headlines: 'Your Brexit's broken' and 'May humiliated' (_link)

Theresa May in denial after her Salzburg ordeal | The Guardian Opinion |

If it hadn’t all been so numbingly inevitable, it might have been possible to feel sorry for Theresa May. Back in the UK, both remainers and leavers had pronounced her Chequers’ proposals to be dead in the water, but the prime minister had still travelled to the informal EU summit in Salzburg hoping for a stay of execution. A few luke-warm words and some insincere air kisses at the very least, until after she had survived the Conservative party conference. Her current range of vision really is that limited.

Instead she got a lesson in plain-speaking brutality. No attempts to sugar the pill, as EU leader after leader took it in turns to dismiss Chequers and to mock the UK over its lack of progress in its Brexit preparations. Even the Dutch thought they were better prepared for a no-deal Brexit than us.

…
Moments after being given the bad news in person, May had to face the UK media. The room in which the press conference was held was small and airless, but the prime minister was already sweaty when she walked in. More than that, she looked angry and terrified. Alone and out of her depth, her eyes darting across the room, searching for one friendly face. There wasn’t one. There hadn’t been one in the two days she had been in Austria.

Theresa May’s problem is that she is fundamentally a decent, functional human being. She is not struck down with the Messiah complex. She does not lie easily or well.

She had been humiliated, and then she was forced to humiliate herself. She had thought this informal summit of EU leaders in Salzburg would be the final breakthrough on an exit deal from the European Union.

That white paper is the one which set out how a frictionless border might be maintained on the island of Eire, without Northern Eire remaining within the customs union. She had gone to Salzburg on this recommendation, the place she came upon, within the full glare of the general public, highlighted in the end her predicament.

It was unnervingly near a full-on public meltdown. It was, at moments, Kafkaesque.

Good to catch up today with @simoncoveney ahead of #Salzburgsummit18. Progress on backstop absolutely essential in the run up to October #EUCO #Brexit 🇮🇪🇪🇺 pic.twitter.com/TrhnjosAaq

○ It is the EU’s turn to compromise on Brexit, says Dominic Raab | The Guardian – 2 days ago |

So anything Theresa May and Dominic Raab learn today? The EU nations are more united than before the Brexit referendum and the British from the outset were a distant second as a working negotiating team. With taking full responsibility herself, PM May will face the music at the coming Conservative Party Conference. What has she to show for her effort? 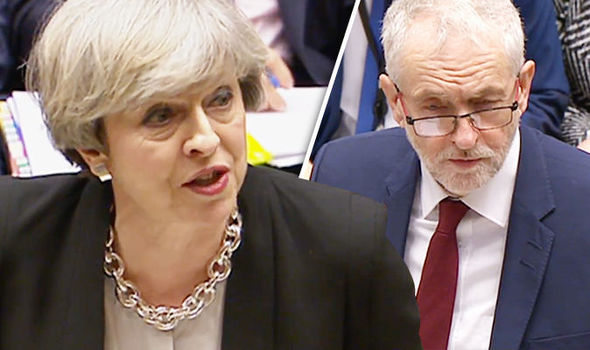 Many nations do want a rightwing government in the UK …

After May’s humiliation, Labour must seize the initiative on Brexit | The Guardian Opinion | This should be a moment of opportunity for Labour and the wider left. The Tories’ Brexit agenda was never about restoring sovereignty to ordinary people – its purpose is to deregulate the British economy and bring us more in line with the American mode, permanently shifting the balance of power in society. By deploying a narrative about the economic crisis that blamed immigration falling living standards, the Brexit project aimed, via the means of a popular vote, to be on the winning side of history.… Read more »

Statement on the #Brexit negotiations: (_link) — Donald Tusk (@eucopresident) September 21, 2018 Theresa May’s ‘tough and uncompromising’ approach got her Chequers Brexit plan rejected, says EU | The Independent | The president of the European Council has hit back at Theresa May after the Prime Minister kicked-off over the rejection of her Chequers Brexit plan and demanded more “respect” in talks. In a statement released on Friday evening Donald Tusk blamed in part Ms May’s conduct for the rejection of her proposals, warning that EU leaders had responded to a “tough and in fact uncompromising” stance by the PM… Read more »

Has this topic already been covered extensively here @EuroTrib? Guide to the Brexit Negotiations | EU Law Analysis | The guidelines do not refer to any possible withdrawal of the UK notification, although the EP resolution (point L) assumes that a withdrawal of the notification is possible with consent. There is also an argument that the time period for withdrawal in Article 50 could be extended indefinitely. I will return to this issue another time. Some have speculated that the EP might insist that the UK hold a referendum result on the outcome of the talks, as a condition for… Read more »