What the Sacklers Deserve 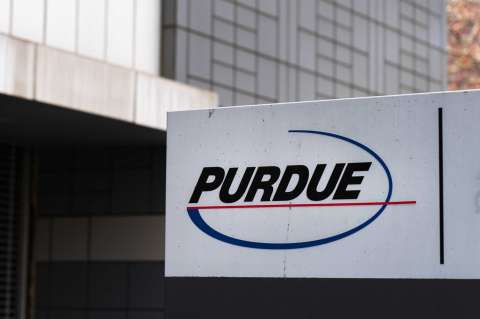 Here’s a man who has over 200,000 deaths on his hands who has nothing but contempt for those he slaughtered.

In early 2001, Purdue Pharma LP executives discussed how to respond to abuse of the company’s five-year-old prescription painkiller OxyContin.

Richard Sackler, an owner of the powerful opioid’s maker, saw two clear groups of OxyContin users: legitimate patients and reckless criminals, according to a newly amended lawsuit filed by New York Attorney General Letitia James. He objected in an internal company email to “criminal addicts…being glorified as some sort of populist victim,” the lawsuit says.

In another exchange included in the lawsuit, Mr. Sackler said: “I’ll tell you something that will totally revise your belief that addicts don’t want to be addicted. It is factually untrue. They get themselves addicted over and over again.”

When I say he has 200,000 deaths on his hands, I’m referring to the number of people who have died over the last 20 years from using prescription opioids. There’s another 200,000 who have died from using street opioids and opiates, many of whom got addicted to the pills before moving onto cheaper options like heroin and fentanyl.

These are just the fatalities. For everyone who has died there are dozens whose lives were ruined, whose brains were chained and morals were shattered.

It’s true that there are some people who just want to numb everything out, either because they’re depressed or they’ve suffered trauma or they were just born that way. But what percentage of people who took a Oxy-Contin pill for the first time do you think wanted to end up a heroin addict? How many wanted to turn to prostitution or theft in order to satisfy the pain of withdrawal?

For the Sacklers, these people were supposed to be following the advice of the doctor, and there were pharmacists and drug distributors who were supposed to watch out for abuses of the system. For the Sacklers, these latter groups were a threat to sales. The doctors were deliberately given bad information. The oversight function was deliberately undermined.

And when people who took their medications for the pain suffered after injuries or surgeries and they became addicted, the Sacklers called them “glorified victims.”

This family shouldn’t just be left penniless. They should become the most indebted family in the world. They can pay restitution and instead of building libraries and sponsoring museum exhibits, they can provide the millions of beds we need to house the people struggling to stay alive because of their greed and immorality.

Yup. And come the Revolution, I’m sure the Sacklers will get exactly what they deserve. Which is to get lined up against a wall like the Romanians did to Nicolae Ceaușescu. But, that would be too extreme! True, it would be terribly extreme. But, cutting off the heads of a few plutocrats every once in a while has a tendency to make them keep their heads down. Right now they are feeling pretty invincible as they go from triumph to triumph, seizing more and more of the world’s wealth, lowering their taxes and impoverishing the people and destroying democracy, buying… Read more »

I’d add that maybe get the Sacklers addicted to the stuff as well. So they can se how THEY like it.

My fantasy is that they live out their days in precipitated withdrawal, over and over, and over…no relief in sight, and low on toilet paper.

This is the inevitable result of unregulated capitalism.

Arthur and Raymond Sackler, patriarchs of the Sackler family, had a mixed legacy of their own. Arthur in particular did a lot of good, both as a medical practitioner and a philantropist, but he and his brother were also responsible for the introduction of direct marketing to the pharmaceutical industry.

Well, that is quite a concession made at the end there. Almost all ultra-wealthy people have figured out how to do some undeniably good things with the spare cash they choose to spend on philanthropy. Ultra-wealthy people who do things which hurt people try to buy immunity for the hurtful things they do in the course of making their money by spending a tiny fraction of their earnings on helping make undeniably good things happen. I’ve grown to view this method of gaining impunity as evil in its concept and corruptive in its execution. The Koch Brothers join the Sacklers… Read more »

Well, the fact remains that pretty much all the pharmaceutical innovation of the 50s and 60s came from the private sector. Antibiotics and vaccines (particularly those derived from human fetal WI-38 cells) were pushed forward by companies like Merck, because of the obvious economic incentives in doing so. At the same time, the NIH was actively trying to destroy the career of researchers like Leonard Hayflick. A big part of what made that research and development possible was unfortunately, the marketing genius of guys like the Sacklers. Perhaps there could have been another way, but it’s hard to make the… Read more »

We have each made valid points. It doesn’t appear that the current generation of Sacklers have the same impulse to pursue broad public interests in the course of their chief business activities which you claim for the previous generation here.