Does Trump Know What He is Doing in Libya? 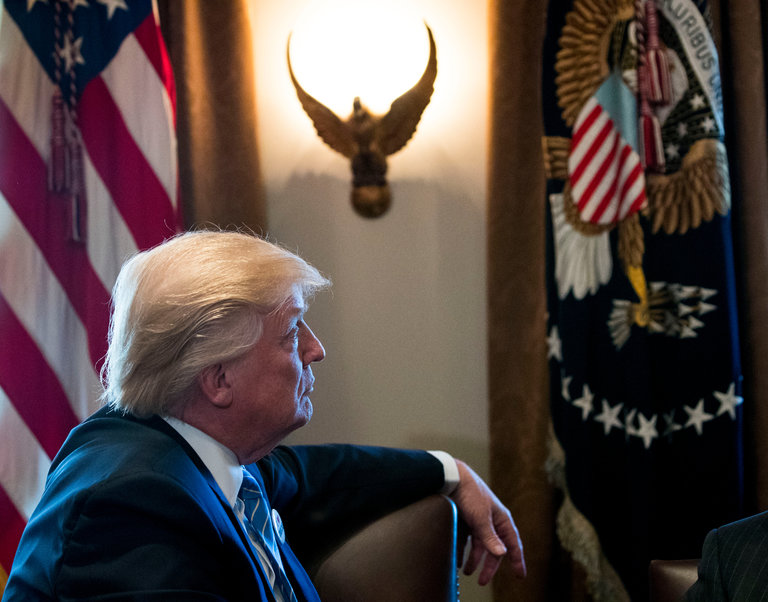 During Barack Obama’s presidency I probably wrote more than a dozen pieces begging him not to intervene in Libya, and I watched bitterly when he later said that his biggest mistake in office was “probably failing to plan for the day after” Moammar Qaddafi was killed. This was precisely why I had been so vehemently opposed to committing America to the future of Libya. Here’s a sample of what I argued at the time:

Getting Gaddafi to resign does nothing to assure stability. Who says that his opponents are unified? Who says they will agree to split the spoils equitably? Saddam ruled his country the way he did not only because he was a sadist but because the country would tear apart at the seams without some heavy hand to keep things in order. The same may well be true about Gaddafi. I’m not opposed to the idea of democracy for Libyans, but we shouldn’t get too invested in the idea. There’s no evidence that Libya is ripe for parliamentary democracy. If it happens, great. If it doesn’t, let’s make sure we’re not to blame…

…Let me say this again. We don’t know what kind of leadership would emerge from this opposition if they were to prevail, but they don’t even appear to have operational leadership in the field. We have no compelling reason to commit ourselves to this fight. It’s a mistake. And the president has been pushed very far out on a limb here, probably through a false sense of momentum arising from the successful revolutions in Tunisia and Egypt. It will be painful to walk this back, but unless Hillary Clinton discovers a compelling, organized opposition in Benghazi when she arrives there this week, our commitment to regime change in Libya should be scaled back. It’s not our problem. Obama is in the process of making it our problem. We should stand ready to prevent massacres and offer asylum, but should not commit our military to do what the rebels cannot do themselves.

Over and over again, I said that we were racing into a quagmire without doing our research.

What disturbs me is the absolutely thoughtless way that so many Americans and American leaders are willing to commit our country to the use of violence and meddling in other countries. In some cases it is justifiable, but can someone do a week of research before they start sending in the 82nd Airborne? I mean, Jesus, seriously…

Eight years later, Libya is still embroiled in civil war and violent factionalism. My purpose here is not to explain or discuss that history or those factions. I want to discuss something that Donald Trump did on Friday.

The would-be strongman, Khalifa Hifter, launched a surprise attack on the Libyan capital, Tripoli, more than two weeks ago. Relief agencies said Thursday that more than 200 people had been killed in the battle, and in recent days Mr. Hifter’s forces have started shelling civilian neighborhoods.

Trump decided to back a military commander who is fighting against the U.N.-supported government. Mr. Hifter (or Haftar) is a U.S. citizen. He has backing from the governments in Saudi Arabia, Egypt and the United Arab Emirates. You may also find this of interest:

On November 2016, Haftar made a second trip to Russia to meet with the Foreign Minister Sergei Lavrov and Defense Minister Sergey Shoygu. It was reported that while he was seeking weapons and Russia’s backing, Russia was holding off pending the new Trump Administration. On 26 December, it was reported that Russia had thrown its weight behind Haftar, saying he must have a role in the leadership of Libya.

Russia has since then treated wounded LNA soldiers, printed Libyan dinars for the Tobruk-based government, and signed exclusive agreements that will allow the Russian government to establish two additional military bases in eastern Libya. Global risk experts Giorgio Cafiero and Daniel Wagner recently observed that “Moscow appears to view Haftar – not the weak UN/Western-backed government – as the only realistic bulwark against extremism in post-Gaddafi Libya.”

When Hifter launched his latest offensive, the U.S. State Department condemned him. Secretary of State Mike Pompeo issued the following statement on April 7, 2019.

The United States is deeply concerned about fighting near Tripoli. We have made clear that we oppose the military offensive by Khalifa Haftar’s forces and urge the immediate halt to these military operations against the Libyan capital. Forces should return to status quo ante positions. All involved parties have a responsibility to urgently de-escalate the situation, as the UN Security Council and G7 ministers emphasized on April 5. This unilateral military campaign against Tripoli is endangering civilians and undermining prospects for a better future for all Libyans.

There is no military solution to the Libya conflict. This is why the United States continues to press Libyan leaders, together with our international partners, to return to political negotiations mediated by UN Special Representative of the Secretary-General Ghassan Salame. A political solution is the only way to unify the country and provide a plan for security, stability, and prosperity for all Libyans.

The civil war in Libya has been brutal on all sides, but as Ryan Goodman of Just Security points out, Mr. Hifter’s troops have been implicated in war crimes, including the summary execution of prisoners.

Due to a U.N. Security Council resolution that vests the International Criminal Court with jurisdiction over the situation in Libya, the prosecutor in The Hague is also a looming factor in Haftar’s future. With the backing of that resolution, adopted by the United States and other states unanimously in 2011, the prosecutor has already issued an arrest warrant for one of Haftar’s top military commanders, Mahmoud Mustafa Busayf Al-Werfalli. The allegations against Al-Werfalli include his directing or participating in a series of seven executions of 33 prisoners — that’s the war crime of murder.

Mr. Hifter is captured on video ordering his troops not to take prisoners, which is also a war crime. Because Hifter is a U.S. citizen, supporting him comes with a little extra legal liability.

What also separates Haftar from the rest of the pack is that, as a U.S. citizen, he is subject to parts of the US federal code that make it a crime to violate the laws of war. As Alex Whiting and I wrote in an article for Just Security in late 2017, “By extension, US officials who provide support to Haftar in the future may also risk criminal liability as aiders and abettors under US domestic law if it can be shown that they intentionally facilitated his crimes or, arguably, if the crimes are particularly grave, if they provided support with knowledge of those crimes.”

President Trump’s decision to back Mr. Hifter is stunning on many levels, including that Hifter isn’t exactly dominating the battlefield.

The policy reversal came as a surprise in part because Mr. Hifter’s forces also appear to be losing ground. His promises of a quick victory have proved false, and his forces appear outmaneuvered by those aligned against them. Most analysts say that he has little hope of exerting his authority over all of Libya any time soon, so his continued campaign may only prolong the country’s instability…

“It is nuts,” Mr. [Frederic[ Wehrey, [an expert on Libya at the Carnegie Endowment for International Peace] said of Mr. Trump’s statement. “Even judging by the hard-nosed American goals of stabilizing the flow of oil and combating terrorism, this is completely shocking.” …

“I don’t think Hifter can do it,” said Lisa Anderson, a political scientist who has studied Libya and who was the president of the American University in Cairo during the uprisings of 2011. Although he may present himself as a strongman, she said, “he can’t actually control that part of the country and he will continue to face existential challenges there for the foreseeable future.”

What spurred the president to make this abrupt change in foreign policy on Friday? There are many theories already circulating. Here’s one:

US President Donald Trump’s apparent signal of support for the Libyan National Army over the UN-backed Government of National Accord was motivated by the president’s concerns over the impact another supply outage would have on oil and domestic gasoline prices, analysts said Friday.

On the other hand, Trump seems to be aligning himself with Saudi Arabia’s foreign policy for Libya.

Days before Libyan military commander Khalifa Haftar launched an offensive to seize the capital and attempt to unite the divided country under his rule, Saudi Arabia promised tens of millions of dollars to help pay for the operation, according to senior advisers to the Saudi government.

The offer came during a visit to Saudi Arabia that was just one of several meetings Mr. Haftar had with foreign dignitaries in the weeks and days before he began the military campaign on April 4.

My suspicion is that Trump called Mr. Hifter on Friday at the behest of John Bolton. This wouldn’t surprise me in part because Bolton is famously contemptuous of the United Nations. I don’t think Trump came up with this plan on his own or as a result of any thorough interagency policy discussion.  Bolton probably told them Hifter is fighting jihadists and that was enough to convince the president to make a hugely consequential move that will alarm and alienate our European partners and the leadership at the United Nations, as well as put American policymakers at risk of abetting war crimes.

Even someone as thoughtful and careful as Barack Obama managed to be bullied into overruling his own good instincts and committing the biggest blunder of his presidency in Libya.  I don’t think Trump has the first clue what he is doing with this decision, and that makes it all the more likely that it will not end well. 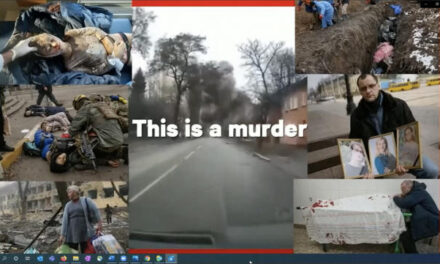