One of the more dreary and depressing aspects of social media is that it acts as an echo chamber. This means that if you’re like me -a very left-of-center Democrat- your Facebook page and Twitter feeds are filled with likeminded people. This can be positive — it’s always nice to have community. But it can be negative as well, when self-appointed experts kibbitz every single move the Democratic Party makes, always demanding the most extreme action without thinking it through.

Nowhere has this been more apparent (this week at least) than the brickbats hurled at House Speaker Nancy Pelosi for not charging full-throttle into impeachment hearings. I even took a few screen shots to prove my point, but ultimately decided they just weren’t worth the effort to reproduce.

From the noise these people are making, you’d think the San Francisco Democrat had thrown in the towel, but as Martin explains on the front page, Pelosi is slow-walking on purpose:

Speaker Pelosi understands that this is a political fight rather than a judicial trial. The fact that she’s not likely to win the trial makes winning the politics even more important. In other words, her best shot at coming out on top is to lose really well. Any long-shot chance she has of convincing the Senate to convict Trump will depend on the president going too far so that she can convincingly portray herself as compelled to act to defend Congress as an institution.

It’s a savvy strategy, but it has one significant flaw. The White House is fighting congressional subpoenas using a legal theory that Congress must have a legislative purpose for demanding testimony and documents from the White House and its advisers.

Seemingly moments after I read Martin’s post, the New York Times was running with the headline, Pelosi Raises Impeachment as a Way to Break Trump’s Information Stonewall.

“The courts would respect it if you said we need this information to carry out our oversight responsibilities — and among them is impeachment,” Ms. Pelosi said during her weekly news conference at the Capitol.

“It doesn’t mean you’re going on an impeachment path, but it means if you had the information you might,” Ms. Pelosi said. “It’s about impeachment as a purpose.”

Her threat was the first time Ms. Pelosi suggested using impeachment as an information-gathering tool, although she had made the suggestion in private before, according to a person familiar with her thinking.

I do not expect anyone currently screaming that NANCY PELOSI IS A FAILURE WHO OBVIOUSLY LOVES TRUMP MORE THAN DEMOCRACY will eat their words any time soon. They are personally invested in the idea that the Democratic leadership is perfectly OK with letting Trump run roughshod over our political institutions. I know, because I used to be one of those screamers a long, long time ago.

Sadly, we live in a culture that demands immediate gratification more than ever. We don’t read articles, we read headlines on Facebook and Twitter, often without bothering to see if they’re accurate. And then we “like” and share those same headlines, perhaps with a snarky remark, our outrage amplified and shared by that same social media echo chamber. We want our impeachment and our consequences, and we want them RIGHT FUCKING NOW or we’re taking our ball and going home. Because nothing wins like a quitter.

But politics is a chess match, and a very long game. One of the challenges of the game is that by the time you’re really good at it you are as old as Methuselah. So it’s frustrating to me to see people who have never served a day in office in their life constantly second-guessing and freaking out over one of the most effective House Speakers in history.

Nancy Pelosi has been doing this a long time. She has been doing this longer than you. You could say she has been doing it since she was a child growing up with a father who was a congressman and later mayor of Baltimore. She’s already punked the president a couple of times, and will likely do it again. I don’t agree with everything Pelosi’s done, but second guessing her is a fool’s errand.

Perhaps the haters should take note, and lay off the circular firing squad. 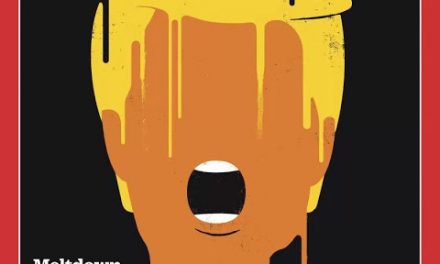 On the Lack of Blogging From a Tapped-Out Blogger

The problem here is that Trump is a national security issue, and Pelosi is leading the Dems into that familiar weak-on-national-security territory. If anything, that criticism now has merit that it previously lacked. The other problem is that you can’t look to the 2020 election to save the country when nobody is doing anything to safeguard the 2020 election. The interference is already well underway. The Republicans are once again the beneficiaries. And the Democrats appear to be doing little more than clutching their pearls and imploring the bad guys to stop. Well, the bad guys are thugs. They’re not… Read more »

The Lavrov and Helsinki meeting proved the security issue to me or at the very least opened it up to some serious shit. And now there is far too much pearl clutching for my liking in the face of another Russian or other attempt to tell me how to vote and/or to steal the election – again. Plus I saw today the dems have a weak bunch of senate candidates meaning we need to listen to the turtle again for another two years, So it is not entirely certain we can beat President Bone Spurs or his minions. That leads… Read more »

“… she is casting herself as extremely reluctant to impeach.”

Casting herself to _whom_? Who is her audience, and how–if they accept her casting–will their support help?

Honest question, why are you writing for a political site? Because there is no argument here at all. “I even took a few screen shots to prove my point, but ultimately decided they just weren’t worth the effort to reproduce.” That should have been your first clue. If it’s not worth your effort to reproduce, it isn’t worth our time to read your counter-argument. I have no idea if you’re complaining about a column in the Washington Post or something you read in a random 40-character tweet. “Pelosi is a genius and you unelected rubes should just shut up” is… Read more »

because it’s tiresome and stupid, TBH.
And really, a lot of the “not worth the effort ” was “covering people’s names.”

But here, sure. Maybe you’ll find the “counter arguments” to be well worth your time.
Me, I find statements like “Nancy Pelosi and Chuck Schumer have down more for the Republican party [sic] than thier [sic] own voters” to be risible and not worth reproducing other than to point and laugh.