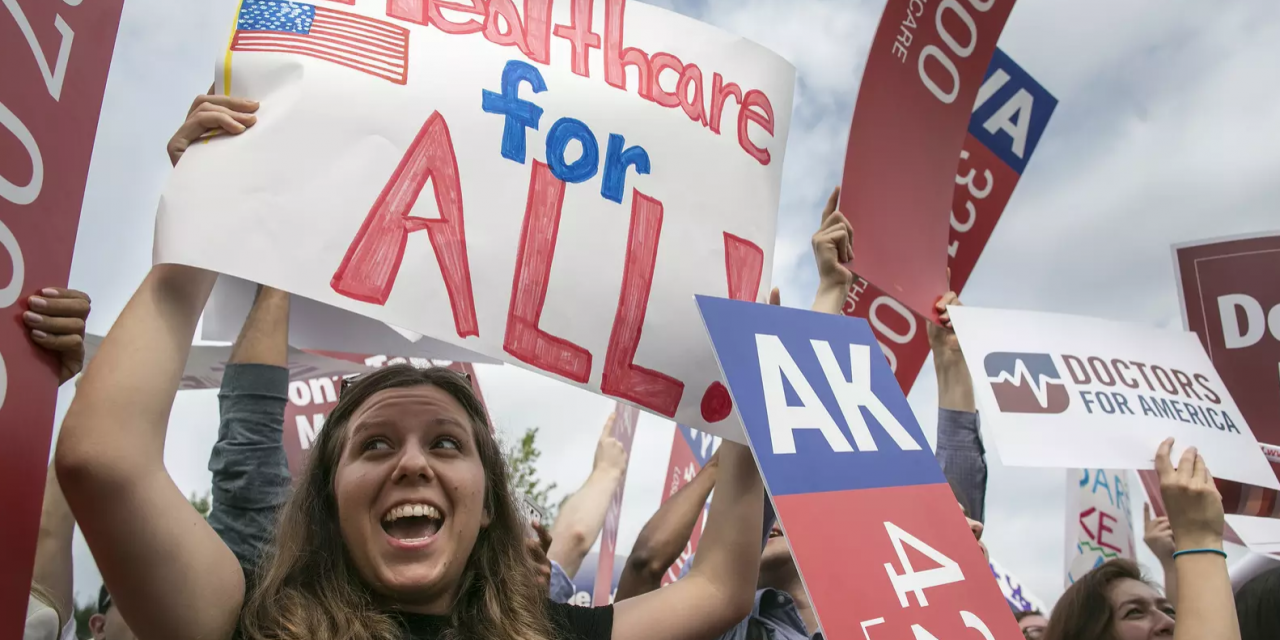 I’ve been reflecting quite a bit, as you might imagine, since learning of my friend’s death over the weekend, and how it was tied in many ways to the dysfunctions in our health care system.

Until a few weeks ago, I was lucky enough to have had a job that provided me with health insurance benefits. We were unionized, so when I got laid off a couple of weeks back, part of the severance package included two months of COBRA. But soon enough -likely tomorrow- I will have to talk to a navigator (do those even exist anymore?) about Healthcare.gov’s Special Enrollment Period.

I remember when the Affordable Care Act rolled out, and to say I was a critic would be putting it mildly. It took a couple of tries to find a plan that I could afford — at one point I had had so many calls with navigators and administrators that my Facebook page was acting as a one-stop-shop for other people who were equally lost. But even with subsidies it was a pretty large chunk of my meager earnings.

That was a period when my financial situation was bleak. The economy was still reeling from the Great Recession and things went from bad to worse for me, employment-wise. Eventually I was dependent on food stamps, odd jobs and under-the-table hustles, and handouts from my family.

I didn’t want to apply for “county assistance” as they call it in Pennsylvania, but I did qualify for Medicaid, which was perhaps the only bright spot in the whole ordeal. It wasn’t fancy, but my asthma medication was paid for. I could go to the doctor. I remember remarking at the time that Medicaid was far better than that Silver Plan I’d been moved from.

I’ve been largely out of that loop for nearly three years. I have no idea whether administration of the program has improved — but if even half of what USA Today reports is true, it’s a shit show.

The administration cut in half the amount of time people have to enroll in plans. And the Department of Health and Human Services dramatically reduced funding used to make people aware of the enrollment period and to offer in-person assistance to enrollees.

The department has also told states that they can create new types of insurance plans that don’t comply with all the ACA’s rules – such as what benefits must be covered and the law’s ban on tying premiums to health status. But no state has asked to do that.

The administration has expanded the availability of short-term plans, which cost less because they limit – or exclude – some types of coverage. (For example, short-term policies typically don’t cover maternity care, prescription drugs, mental health care, and preventive care.)

And who knows what my subsidy looks like? But these are now, again, things that I have to worry about, things that take time, and mental effort, and peace of mind. Which brings me to a core gripe I have always had with the Affordable Care Act.

No one likes shopping for insurance, and frankly no one should have to. It’s one of these verkakte “market-based solutions” for something that doesn’t need to be a marketplace. Ordinary people are already strapped for time as it is: kids, work, and all the competing demands on our time. Not all of us are good at math or calculating subsidies. Not all of us have time to sit on hold or stand in line somewhere. I’m not surprised at all that my friend was confused over an “extended deadline.” I have no doubt that I will be equally confused. I have no doubt that anyone who has ever used the marketplace to find and compare insurance plans has been confused.

Much is made on the right of the flaws of Canadian health care and, of course here at home, the specter of “soooooooocialized mediciiiiiiiiine” when proponents of Medicare for All pipe up. But I have family in Canada, where my son’s mother is a nurse. There’s not too much of the Rube Goldberg design that we deal with here in the US. Why does it seem so simple for everyone else, but we can’t figure it out for ourselves?

I have no doubt that if Medicare for All were the standard, my friend would be alive.

A horrifying example: How the health care system fails.

Words of Wisdom RE: Health Care

I hear you, Brendan. No one should have to live with our health care system. I suppose if you work for a company that provides for your insurance, as I did, things are ok. But more and more people are discovering the hell when they are laid off or the company really cuts back. Medical bankruptcy and inadequate health care for you and your family, even death, are right around that corner. And that unfortunately seems to happen all too frequently. We need Medicare for all, a true single payer system. No one should have to shop for insurance as… Read more »

I agree that the American medical system is ridiculous although the ACA was a giant step in the right direction. Medicare for all is a pipe dream. Why can’t you have a single payer system like we do in Canada? Because Eisenhower made a decision back in the 1950’s that bet on employer based insurance. The health insurance infrastructure followed that very flawed model. Where is the infrastructure to deliver single payer health insurance. In Canada we have gradually built our infrastructure over 80 years. Each province has a massive bureaucracy that delivers insurance services, decide the level of care… Read more »