It’s now just hitting midnight on the East Coast, and I am signing on. I’ll start things off with a video by Wire right around the time of their first comeback in the mid-1980s:

And if you want the club mix, here it is:

They reformed again around the turn of the century and have been recording consistently since. I’ll post some more recent stuff as well. They may not have sold many records over the years, but they influenced many more famous acts, such as R.E.M. A mid-1990s hit by Elastica essentially plagiarized one of Wire’s signature songs from their classic first album (released in 1977).

So stay tuned. More music is coming your way. Hopefully the bartender is serving up some cool drinks. 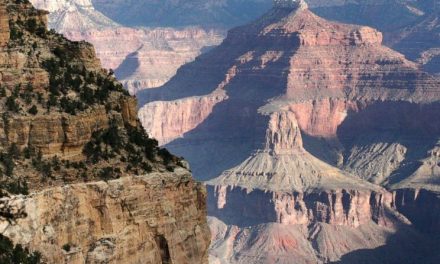 Here is a recent live-in-studio session at a Seattle radio station. Wire is no legacy band. They are just a bunch of blokes who’ve been around 40 years trying to keep saying something new, and usually succeeding.

“Hopefully the bartender is serving up some cool drinks.” Of course I am. Since tomorrow is Mint Julep day, I’ll begin with “How to make the perfect Mint Julep” from Tipsy Bartender. https://www.youtube.com/watch?v=w6vKvVEWBjg Once again it is time for the great Kentucky Derby. There is no drink more synonymous with this horse race than…THE PEFECT MINT JULEP! At this race one can buy Mint Juleps for as much as $1,000 a glass! The proceeds go to charity so we won’t knock anyone for buying one, but in you aren’t attending the most exciting two minutes in sports, you can make… Read more »

I could not imagine paying $1k per glass of any beverage. I guess I am in the wrong line of work.

I don’t know why I’m thinking of my old high school friend and Dead Tour mate Bobby Sheehan tonight, but I am. Almost twenty years gone.

There are no adequate words. He died way too young. My wife had a Blues Traveler album or two. She figured I’d like them. She was right. Every once in a while a friend who died during my first year of grad school comes to mind. I don’t know what triggered it, but I had this pretty vivid recollection of our last conversation – on Bob Dylan songs of all things. That was a good 25 years ago. Guessing that being at or near an anniversary point had something to do with that. Good person who was taken away too… Read more »

I am about to head to an airport in a few hours. I will leave this cafe/lounge open for now, even if it is far from midweek. Have fun, chat, and I will check in when I have a little bit of down time.

Hi. I will leave this cafe up for a little longer. If time permits I will come up with something to schedule for Weds. Out of town for one of my side gigs.

New cafe/lounge is set to come online at the stroke of midnight. Enjoy this one while it lasts. See you all when I get another break this week!