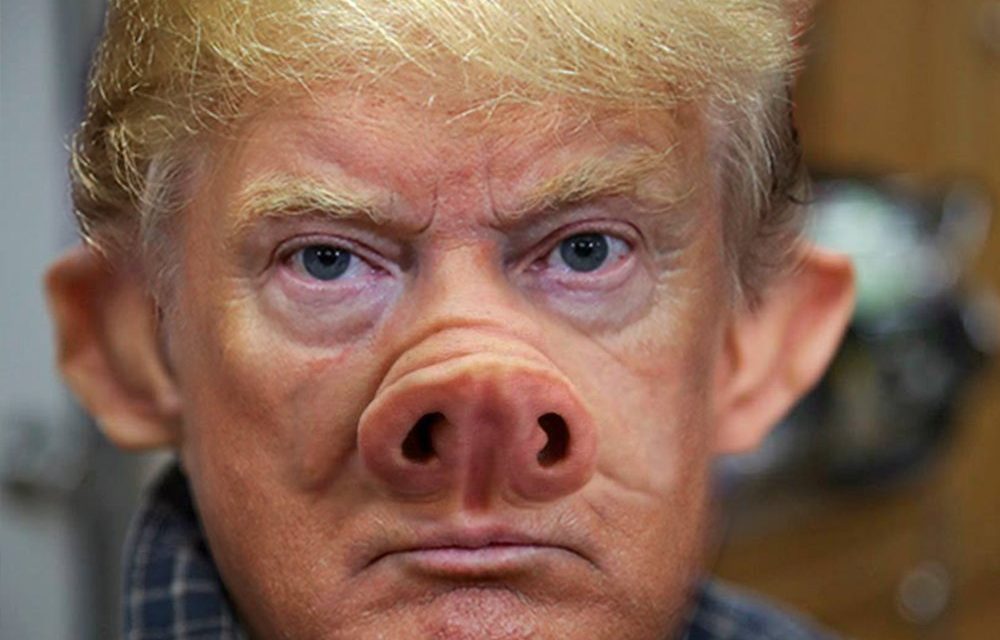 Last year I discovered that @realDonaldTrump didn’t own a certain #TrumpHotels URL. So I bought it for $8 and filled it with pics of kids in cages.

This year I found he hadn’t bought the Trump Foundation URL either. So I knew what I had to do…https://t.co/L30t7KkO0W

Until today, I knew nothing about Collins other than what’s on his bio page, and it ain’t much other than that he had a major epiphany over the Confederate flag. Turns out that last year he got his hands on the url for Trump Hotels, which opens with images of migrant children in cages. But his sequel, purchasing Donald Trump’s foundation, is comedy gold and utterly ruthless.

Over the next three decades, Mr. Trump personally contributed just over $5 million dollars to the Foundation, in excess of 0.05% of his claimed net worth of $10 billion!

During its lifetime, the Donald J. Trump Foundation has made millions of dollars in charitable donations, many of which were not illegal self-dealing.

In addition to his Foundation, Mr. Trump also is extraordinarily proud of his independent charitable giving. In 2016, the Washington Post contacted over 400 charities to aggregate a total of his charitable giving. And for the period between 2008 and his winning the Republican nomination in 2016, it found that Mr. Trump gave away over Five Thousand Dollars to charity!

That may seem like a weekend’s bar tab for a billionaire, but during the same eight-year period, Mr. Trump also donated zero dollars to his own Foundation, so that single, four-figure donation was extraordinarily generous by his personal standards!

The Outreach page is particularly rich, as is the News (which could be criticized for not being entirely up to date, but gets slack because no one can keep up with Cheetolini’s constant crime committing).

Sadly, the “foundation” is prohibited by New York state attorney general’s office for taking donations—but if you want to help asylum seekers in Trump’s name, Collins provides a wealth of links.

Images via Matt Johnson. Check out his functional art on Etsy. And if you like what we do here at the Pond, consider a yearly or monthly subscription for prime content and fewer ads (or even no ads at all).

The Ongoing Relevance of the White House Email Fiasco