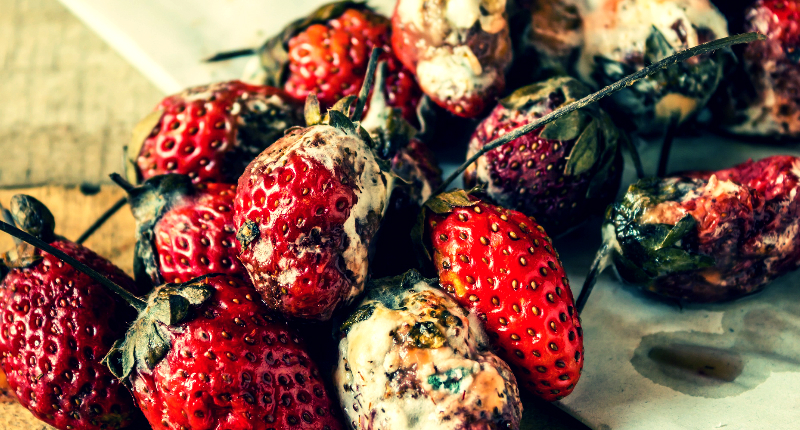 At the risk of sounding like a broken record, why the Hell are Rick Wilson, Bill Kristol, George Conway, and the rest of the useless Never-Trump brigade always complaining about the predictable (and predicted) result of their lifelong projects?

Did Rick Wilson NOT spend his life lobbing ugly and unfair attacks at Democrats, including war veterans who gave all while Rick gave nothing? Here he is shitting all over Obama for eating ice cream. Here’s one of Rick’s “Obama is not like us” quotes:

“Obama is always going to struggle with the cultural disconnect — he scans very much as liberal Ivy League elitist. People automatically put him in a box with people who are not like middle America’s view of patriotism.”

Wilson spent his entire career trashing Democrats, and now he’s got the GOP government he claimed to always want: no “liberal Ivy League elitist.” What’s his problem? I can’t find his net worth on line, but I think we can safely assume one of the most prominent Republican strategists in the country and a frequent guest on CNN and MSNBC is rich, and got a tax cut. Now, the ungrateful man who who’s so influential he couldn’t stop his own party from nominating Donald Trump has advice for Democrats. That’s kind of like taking fire prevention advice from someone who was so incompetent he burned down his own house.

Next up is Bill Kristol, who literally wrote the book on lying to the public, the unitary executive, and unleashed presidential power:

Following that logic, the Supreme Court has never ruled that the president does not ultimately have the authority to collect foreign intelligence–here and abroad–as he sees fit. Even as federal courts have sought to balance Fourth Amendment rights with security imperatives, they have upheld a president’s “inherent authority” under the Constitution to acquire necessary intelligence for national security purposes. (Using such information for criminal investigations is different, since a citizen’s life and liberty are potentially at stake.) So Bush seems to have behaved as one would expect and want a president to behave. A key reason the Articles of Confederation were dumped in favor of the Constitution in 1787 was because the new Constitution–our Constitution–created a unitary chief executive. That chief executive could, in times of war or emergency, act with the decisiveness, dispatch and, yes, secrecy, needed to protect the country and its citizens.

Well, you got what you wanted, didn’t you Bill? What’s big deal? YOU WIN, DUDE.

Then we have chubby little Georgie Conway, husband to crystal-meth Barbie, Trump spokesghoul. and alleged criminal Kellyanne Conway. George is constantly on Twitter attacking his wife’s boss/source of probably more than half the family income. If he cared about his kids’ well-being he’d take them out of that toxic environment, but as we all know, for conservatives money means more than children.

Conway’s bad fathering aside, I remain confused by his objections to Donald Trump. Did George (and his wife) NOT spend the 1990s trying to take down the hated Clintons?

In the 1990s, George was a quiet but critical presence in what Hillary Clinton would dub a “vast right-wing conspiracy” — a hotshot young attorney working to undermine President Bill Clinton by offering secret legal aid to his accusers and reportedly funneling salacious details to the Drudge Report. “This one disgruntled New York lawyer almost single-handedly brought down the president,” David Brock, the conservative provocateur-turned-Clinton acolyte, later wrote.

Years later, George would marry Kellyanne Fitzpatrick, a publicity-prone Beltway pollster, and move with her to an apartment in Manhattan’s Trump World Tower. There, he caught the future president’s attention by arguing to the condo board against stripping Trump’s name from the exterior. The speech earned him an appreciative call from the mogul and an offer to join the board. He declined, but Kellyanne said she’d do it.

Shouldn’t George be at least a little proud of the outsized impact of his pet project, which nearly two decades later prevented a Clinton from returning to the White House? Didn’t he and his wife ultimately get their victory? I mean, the guy went out of his way to attack that awful Bill Clinton, including “unpaid work — research, legal briefs and organizing moot courts for the team to practice their arguments” and leaking details about the “distinguishing physical characteristic” of the 42nd president’s terrifying penis “to keep the story alive.” So why do I keep seeing him comparing the Republican standard-bearer unfavorably to that presumably equally awful woman who decorated the White House Christmas tree with dildos?

Like Ricky and Billy, Georgie and Kellyanne are also rich as Hell. Has he even said “thank you” ONCE for the tax cut his wife’s boss gave them? Nope: it’s just bitch, bitch, bitch, whine, whine, whine about the success of his 20-year effort to defeat Democrats once and for all, just like the rest of his Never Trump colleagues.

On a related note, Rick Wilson’s new book is titled “Everything Trump Touches Dies.” But frankly, that title applies to the entire Republican Party and the conservative movement from whence sprung Wilson, Conway, Kristol, and a whole bunch of other malefactors turned malcontents. I’ll quote a different book: Matthew 7:15-20:

15 “Beware of false prophets, who come to you in sheep’s clothing, but inwardly they are ravenous wolves.
16 You will know them by their fruits. Do men gather grapes from thornbushes or figs from thistles?
17 Even so, every good tree bears good fruit, but a bad tree bears bad fruit.
18 A good tree cannot bear bad fruit, nor can a bad tree bear good fruit.
19 Every tree that does not bear good fruit is cut down and thrown into the fire.
20 Therefore by their fruits you will know them.

These guys planted a whole orchard of bad trees, and now they want to disown their bountiful crop.

If you’re enjoying our work here at the Pond, please consider a subscription. You’ll support our work and see fewer (or even no) ads depending on the tier. 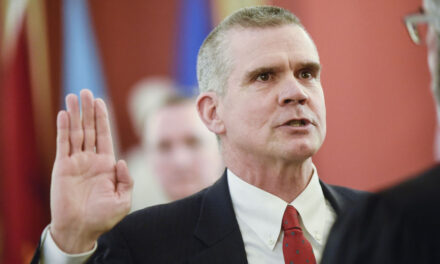 Wanker of the Day: Matt Rosendale 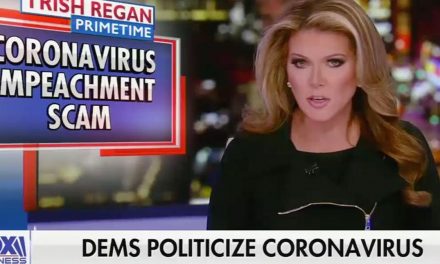 Wanker of the Day: Trish Regan