It’s Not a Two-Way Race Between Biden and Warren, Yet 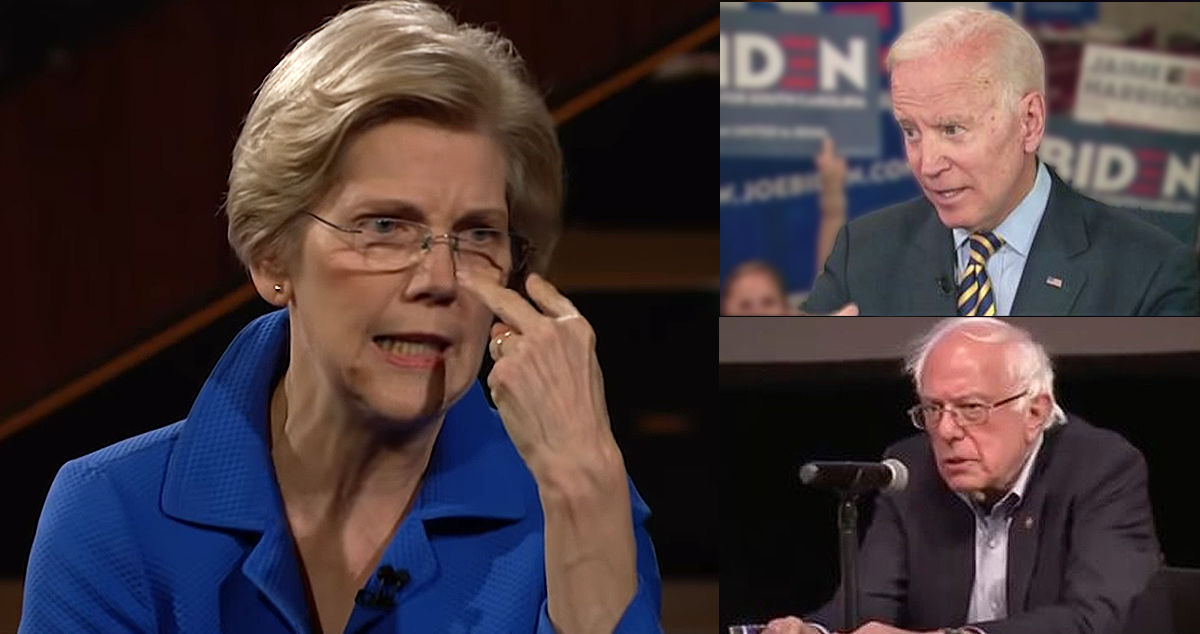 Our family was on vacation last week and my son started school today, signaling an informal end of summer and a return to routine. I think a lot of the nation followed the same pattern, which perhaps explains why so few new polls get released in the latter half of August. During my absence, there were only three national surveys of the Democratic race.

On Monday, Politico/Morning Consult published their results, which were completely consistent with what we’ve seen before. Biden led the field at 31 percent, followed by Sanders and Warren in the high teens, and then Harris (9 percent) and Buttigieg (5 percent) formed a little tier of their own above a long list of also-rans. The most interesting finding was that the second choice of Bernie Sanders’ supporters is Joe Biden and the second choice of Biden supporters is Sanders. Perhaps showing the influence of gender on people’s choices, Warren and Harris showed the same pattern with their adherents.

The Morning Consult results were basically confirmed by CNN on Tuesday: Biden 29 percent, Sanders 15 percent, Warren 14 percent, Harris 5 percent, Buttigieg 5 percent. Everyone but Buttigieg was slightly lower in this second poll, but the distribution and margins were almost identical. The overall trend of this survey is favorable to Warren, who also led among their oddly phrased second choice question: “Aside from the candidate you support, which candidates do you most want to hear more about?” But the more interesting finding was that, while Democratic voters still strongly prefer a candidate who can win over one that shares their positions on major issues, the margin has narrowed from 61 percent-30 percent in June to 54 percent-39 percent in August. That may be bad news for Joe Biden, as more Democrats are now willing to take perceived risks.

The final national survey from last week, from The Economist/YouGov, was released on Wednesday and it broke the pattern. In their poll, Biden still led, but by a very uncomfortable three point margin (Biden: 22 percent, Sanders 19 percent, Warren 17 percent, Harris 8 percent, Buttigieg 7 percent).

We can still see the same basic contours to the race. What’s different here is really only that Biden is polling much lower and closer to the Sanders/Warren tier. All three polls showed Sanders/Warren in a near-tie for second place in the mid-t0-high teens, and Harris and Buttigieg polling with just a slight pulse above a long list of people who can’t get above three percent.

The most interesting finding in YouGov poll comes from their question about which candidates people would at least consider voting for. This isn’t a great proxy for a second choice question, but it contains some information about the also-rans. While 45 percent of voters would consider voting for Biden, about one in five are open-minded about Cory Booker and Beto O’Rourke. Julian Castro (15 percent) and Andrew Yang (12 percent) also show small signs of life. No one in the rest of the field could even crack double digits on this question.

Most articles on the state of play in the Democratic race are fairly accurate in portraying the overall picture painted by these three recent surveys, but there are some distortions. Most obviously, there is a ton of attention on Elizabeth Warren and very little on Bernie Sanders, despite the fact that they’re essentially tied for second place. A lot of reporting assumes that Warren and Sanders are hurting each other by dividing the progressive anti-Biden vote, but Sanders’ supporters prefer Biden to Warren and Warren’s supporters prefer Harris to Sanders. This indicates that Warren is actually being helped by having Sanders in the race, while Sanders is not being hurt as much as people think by competition from Warren.  An interesting question is what would happen to the race if Harris were to drop out. In that case, it seems Warren might leap out to a clear lead over Sanders and perhaps even overtake Biden if the YouGov numbers are accurate.  Since Biden is much less likely to leave the race before it’s over, Sanders doesn’t have the same hope of getting a boost.

As Edward Isaac-Dovere reports for the Atlantic, Warren received the warmest reception from 150 major Democratic Party donors in San Francisco over the weekend, even getting a standing ovation before she delivered her remarks. This demonstrates that she’s breaking through in ways people didn’t expect as this was not supposed to be an audience well-inclined to her economic populism. She drew an estimated 15,000 people to a rally in Seattle after holding a event nearly as large in Minneapolis last week. Biden spent the weekend talking to small gatherings in New Hampshire and Iowa. This led to a new meme: the rock star versus the rock.

Along the bucolic shores of Loon Lake in New Hampshire after a Biden speech Friday, former state House candidate John Streeter summed up the contrast between the two candidates.

Rightly or wrongly, the perception is being created by campaign reporters that this is developing into a two-way race between Biden and Warren. Warren has all the momentum, the energy, and the crowds, but Biden remains stubbornly ahead due to the risk-aversion of the Democratic electorate. It’s not a terrible take, but it’s unjustifiably dismissive of Sanders. Nothing in last week’s surveys can justify erasing him from the conversation. In fact, Sanders actually leads Warren by a narrow margin in every one of those polls.

Of course, national surveys aren’t the best tool for prognosticating the race. It’s far better to look at the state-by-state polls of early contests. The problem here is first that the polling is too sparse to catch movement in the campaign. Secondly, the data we do have doesn’t clarify the situation. Warren is doing better than Sanders in Iowa but the reverse is the case in New Hampshire. The most recent polls out of South Carolina show Warren and Sanders essentially tied in a distant fight for second place that might not even give either of them any delegates at all, and the two most recent polls out of Nevada disagree about which if them is doing better. However you look at it, the polls suggest that Sanders is doing about as well as Warren, although she has a better argument for being on a positive trajectory.

From what I can see, the only people who should remain in the race beyond the top five are Booker, O’Rourke, and Castro. Enough voters seem to be interested in them to justify them doing more campaigning and participating in more debates. The rest of the field appears to be wasting their time. Fairly soon, I expect either O-Rourke or Castro to drop out and announce a Senate run against John Cornyn. At that point, we may have whittled this contest down to seven candidates.

In the end, while I do expect some surprises still to come, I think it will eventually become a two-way race between Biden and Warren. I just can’t find areas of growth for Sanders and I doubt he can grow his support as easily as Warren can. She stands to gain more when other candidates drop out and she’s doing better than expected with both the press and the Democratic establishment, both of which are often pooh-poohed as factors but have always been crippling weaknesses for Sanders.

So, as we approach Labor Day and the real beginning of the primary and caucuses campaign, I think the national take on the race is pretty close to accurate but if I were backing Sanders I’d have plenty of complaints about the coverage.