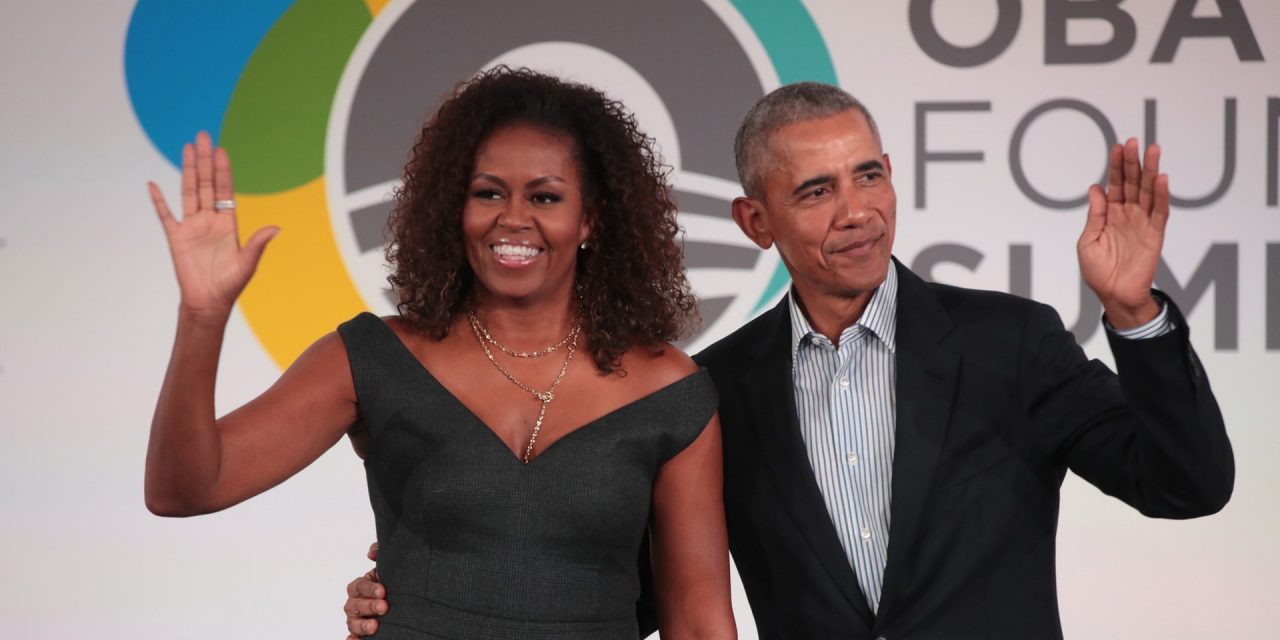 What a president says matters. If a president suggests it might be a good idea to ingest disinfectants, you should expect a spike in emergency calls to poison control. If they announce they’re taking a dangerous drug that causes heart arrhythmias, you can expect an increase in fatal heart attacks.

But it also matters what ex-presidents do and say. Ever since 1980, it has been a custom for the current occupants of the White House to host their immediate predecessors for the unveiling of their official portraits. Jimmy Carter is the only exception in that time. He hosted the Ford family in 1980, but did not appear in Reagan’s White House for his own unveiling. Poppy Bush hosted the Reagans, Clinton hosted the Bushes, Dubya and Laura hosted the Clintons, and Obama hosted his predecessors in May 2012.

The process is a familiar one. The outgoing president and First Lady select an artist and once the portraits are ready, arrangements are made with the new administration for a little ceremony. Commonly, there are invited guests, including former staffers, and perhaps a lunch. It’s unclear whether the Trumps have offered this courtesy to Michelle and Barack Obama, but it is clear that he Obama’s are not showing up.

Trump is unconcerned about shunning yet another presidential custom, and he has attacked Obama to an extent no other president has done to a predecessor. Most recently he’s made unfounded accusations that Obama committed an unspecified crime.

Obama, for his part, has no interest in participating in the post-presidency rite of passage so long as Trump is in office, the people familiar with the matter said.

After Obama obliquely criticized Trump during his commencements speeches on Saturday, Trump called him “grossly incompetent” on Sunday, so it’s not a surprise that the two families don’t want to get together. I suppose it’s nice when two competing political powerhouses can put their competition aside and break bread, but it does tend to minimize the importance of the issues that separate them. For the Obamas, showing up in the Trump White House would be a way of normalizing the president’s behavior, and that sends a signal they don’t want to send.

The message they want to send is the opposite. No one should try to play nice with this administration or behave as if things are okay. That will give others the courage to do the same.

While Trump poisons his supporters with horrible medical advice, the Obamas will lead the rest of us on the moral plane.

Soj Reflects on 9/11 and the State of the Union

Devin Nunes Could Definitely Be Defeated