Why Did Trump and Giuliani Promote Hydroxychloroquine? 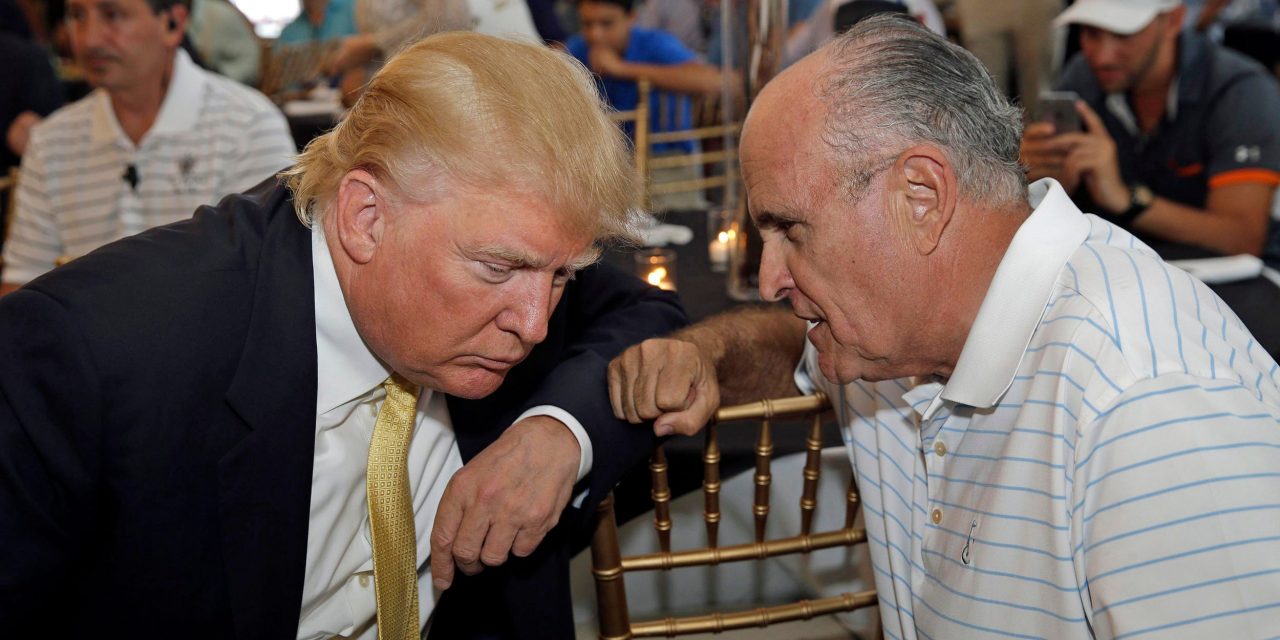 I’m going to paint you two scenarios. In Scenario One, the president of the United States is an incurious and poorly informed person who holds many delusional opinions and is widely described by the people who work with him as an idiot, dope or moron. He doesn’t have the interest or stamina to read a two-page report, and intelligence briefers have to come up with innovative visual aids in a desperate attempt to get him to absorb vital information. While he has no clue what is going on half the time, he’s always looking for an angle to make a buck, and he’s proven quite adept at duping the public out of their money.

In Scenario Two, none of the above is true and Donald Trump actually is a voracious reader who likes to keep up on the latest in epidemiology by perusing European medical journals, including the one published by the French International Study of Antimicrobial Chemotherapy. It was there that Trump learned of a (horribly bad) study based on only 20 patients claiming that the malaria drug hydroxychloroquine and the antibiotic azithromycin could be taken in combination to reduce the amount of Covid-19 virus in the nose and throat. Armed with this knowledge, he immediately came to the independent conclusion that this treatment regimen has “a real chance to be one of the biggest game changers in the history of medicine.” He then said was taking hydroxychloroquine himself and began promoting it to anyone who would listen, not for any hidden financial benefit but strictly as an altruistic way to improve public health and save lives.

Which of these two scenarios seems more likely to be true?

The result has been pretty spectacular. The New York Times reports that the Strategic National Stockpile currently has a stash of 63 million doses of hydroxychloroquine and 2 million doses of of chloroquine that they cannot distribute because, on Monday, the Food & Drug Administration revoked its authorization to use these drugs as a treatment for Covid-19. Apparently, they don’t work at all for this purpose but instead increases “the risk of side effects, including heart problems.” In fact, a study by the Journal of the American Medical Association found “Covid patients who took [hydroxychloroquine] were more than twice as likely to suffer cardiac arrest.”

However, it’s still an approved drug for malaria, rheumatoid arthritis and lupus, but those patients are having difficulty getting their prescriptions filled.

It’s publicly known that the president holds a small interest in a company that manufactures hydroxychloroquine, albeit not enough to make it worth his while to pump and dump the stock. It is extremely curious, however, that Rudy Giuliani joined Trump is boosting hydroxychloroquine as a treatment. Considering that Trump and Giuliani seem to act a criminal syndicate, I think there should be a thorough investigation into who put them up to this and how they expected to be compensated.

One thing I feel confident about is that they didn’t coordinate this effort for free and that neither of them could have ever concocted the scheme on their own.

People have undoubtedly died as a result of their efforts and now the government is stuck a huge stockpile of the drug while needy patients are going without.

It might seem like a small scandal in the context of everything else Trump has done, but it’s actually a very serious crime. We need to learn the full truth about it.

To me this sounds like something Rudy pitched to Trump as easy money. Trump is a dummy but Rudy is a snake.

It could also be true that some Trump donor(s) has a large financial interest in this drug. But you can bet that somebody in Trump’s orbit made money off this, and in making that money they helped Trump in some manner.

Yes, he is a wanker, no doubt. It makes you wonder what is wrong with people. They appear to be critically defective. Imagine attending a rally for this ass and wanting four more years of these lies and dissembling of everything. Left is right, up is down and hate goes on a rampage. Who wants that? Who goes to those rallies?