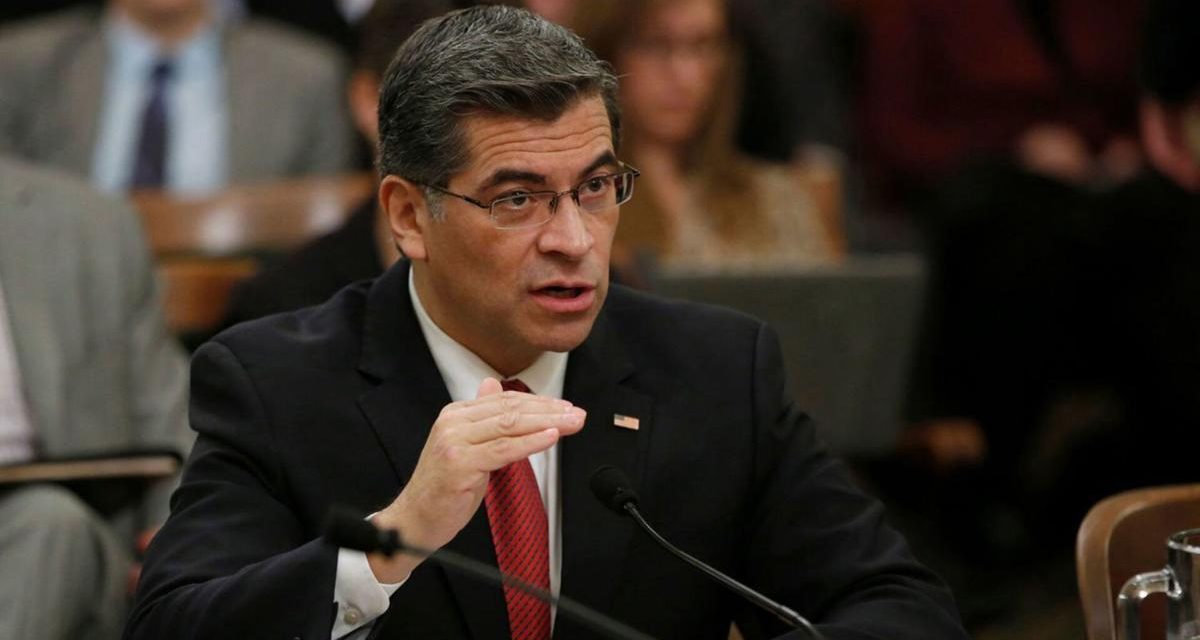 The 62 year-old former congressman is not a medical doctor, which is a disappointment to physicians’ groups who advocated for one of their own to fill the position–although there hasn’t been a doctor in the slot for almost 30 years. Since distribution of COVID vaccines is likely to be foremost on everyone’s mind when he faces confirmation, expect him to get grilled on that.

But Becerra is no stranger to health care policy. He served on the health subcommittee of the powerful House Ways & Means Committee and helped usher the Affordable Care Act through Congress while serving as vice-chair of the House Democratic Caucus.

Yet, his prominence on health issues, both in Congress and as California’s attorney general, has made him some enemies. The anti-choice Susan B. Anthony organization tweeted that Becerra’s nomination proves that Biden is an extremist on abortion, and opponents of Obamacare dislike his record of joining other Democratic attorneys general to defend the law’s constitutionality. It wouldn’t be surprising if Republicans want to embarrass this rising star in the party.

At the Washington Monthly, we’re hopeful that more attention is paid to Becerra’s record on consolidation in the health care industry. If he’s confirmed, fighting consolidation is one area where the longtime congressman from Los Angeles could make his name.

My brother Phil recently co-authored a piece with Udit Thakur on the problem of supposedly non-profit hospitals gobbling up market share and putting money ahead of service to the public. Becerra understands these issues intimately because he recently took northern California’s Sacramento-based Sutter Health to court for monopolistic practices, and forced them into a large settlement. As California’s attorney general, he still had unfinished business.

As a way of preventing even further consolidation, which could lead to higher prices and lower quality care, Mr. Becerra is seeking greater authority to review the deals under a proposed state law.

“This pandemic can’t be an excuse for ‘big fish’ hospital systems to swallow up their smaller but able competitors,” he said. “Increased market consolidation comes at a cost to consumers.

“As our nation confronts today’s health and economic crisis, we urgently need the tools to hold health care giants accountable to consumers and competition.”

Antitrust enforcement is not statutorily within the purview of the Secretary of Health & Human Services. That’s the shared responsibility of the Justice Department’s Antitrust Division and the Federal Trade Commission. Yet, Becerra will still have an important role to play. To see how, we need to understand how hospital consolidation inadvertently accelerated as a result of the Affordable Care Act.

Holding down medical inflation and Medicare costs was a key priority of Obamacare, because it was an important policy goal and it helped grease the bill’s passage by lowering the legislation’s price tag. To accomplish this, the law created Accountable Care Organizations which are basically coalitions of physicians or hospitals that integrate their services to provide better care (e.g., shared medical records) and financial savings.

HHS encouraged and facilitated the growth of Accountable Care Organizations, but they ran into trouble with the Federal Trade Commission, which ruled that some of the market consolidation intended to lower prices also violated antitrust law. Despite the DOJ and FTC issuing joint guidance to clarify the situation, health care providers suffered from mixed messages.

What the Obama administration got was mixed results. Health care inflation flattened out for the half of the industry covered by Medicare, Medicaid, and the Veteran’s health system, but grew unabated with the half covered by employer-based insurance. Quality of care improved in many respects, but Obama officials soon realized that the market consolidation they had encouraged had also created local health care monopolies, with all the associated antitrust problems.

Becerra has been a witness to this process, which hasn’t improved during President Trump’s term in office. The Stanford-educated lawyer understands the issues as a legislator and a litigant. He’s seen the unintended consequences of the ACA’s push for health provider integration. That puts California’s top litigator in a unique position to craft a more balanced approach—one that produces better patient outcomes and cost savings for the government without incentivizing the kinds of problems he took Sutter Health to court to combat.

As Becerra’s nomination moves through the Senate confirmation process, a lot of attention will be on him being the first Latino to lead HHS.  The Republicahs will find fault with his credentials and record on Obamacare and abortion. But it’s the potential for him to use the admittedly limited powers of his office to slow or reverse harmful consolidation in the health care industry that might be most consequential.

Will he slow rural hospital closings? Since it’s more efficient, ie, cheaper to consolidate specialists into a building in a suburb somewhere, that means anything that can’t be handled at an urgent care needs a medevac to the closest suburban hospital an hour or more away.