President Trump initially threatened to veto the Defense Appropriations Authorization Act because it contains language requiring the Pentagon to rename bases honoring Confederate officers. Later, he objected that the bill which basically finances the American military doesn’t repeal Section 230 of the Communications Decency Act, a provision that shields online publishers from liability. Section 230 has nothing to do with paying soldiers, sailors and airmen or building aircraft carriers. But it is on the president’s mind because he sees it as way of getting back at Twitter and other tech companies he believes are censoring him.

Neither cause was eagerly adopted by congressional Republicans, certainly not their leaders. So, both the House and Senate are moving ahead with the massive $761 billion bill, hoping that Trump won’t follow through with his threat. They’ve been voicing confidence that, if necessary, they’ll have the votes to produce the two-thirds majorities required to override a Trump veto and pass this bill that they consider essential not only for national defense but their own survival. Cutting off military salaries during the pandemic, as Christmas approaches, is not considered brilliant politics.

However, if CNN’s reporting is correct, the 37-member hardcore conservative Freedom Caucus is threatening to vote against the bill.

House Freedom Caucus says they will vote against the NDAA in support of POTUS. They have ~37 members…their no vote could drop total below veto-proof margin.

This won’t prevent the NDAA from passing and landing on Trump’s desk, but it would prevent the House from overriding Trump’s veto. If the Freedom Caucus keeps true to its promise, they’ll divide the Republican Party and pose risks to national security.

A Trump veto would also have consequences. It would force Congress to cut short its planned holiday recess just to hold the override vote. If the override fails, the military may find itself lacking funds. Construction projects will stall and a planned three percent pay increase for the troops will be delayed.

One way to avoid this problem is to pass a “skinny” bill that covers just the imminent shortfalls, but Trump has promised to veto a skinny bill, too, and the Democrats have ruled this option out as well.

Therefore, it looks unlikely that anything will pass in this Congress, and it won’t be a quick matter for the next Congress to rectify the problem when it swears in the first week in January.

Before the new Congress can vote on the NDAA, they first have to organize their committees, which usually takes a few weeks. In the Senate, it could take weeks for certified results from the two January 3 Georgia runoffs to determine which party controls the chamber.

Even after that is clarified, there’s no guarantee that the old NDAA will be acceptable to either the new committees or the Biden Administration. House Armed Services Committee Chairman Adam Smith of Washington says, “You’d have to restart the entire process.” Merry Christmas.

[UPDATE]: the House just passed the NDAA with a 335-78 veto-proof majority, and will now move to the Senate.  However, this doesn’t mean that the House Republicans will actually vote to override a Trump veto.

House Minority Leader Kevin McCarthy (R-Calif.) also said Tuesday that he would not vote to override a veto.

“I don’t believe Republicans, in our work with the president always, that you vote to override a veto,” McCarthy told reporters.

How’s that for leadership? 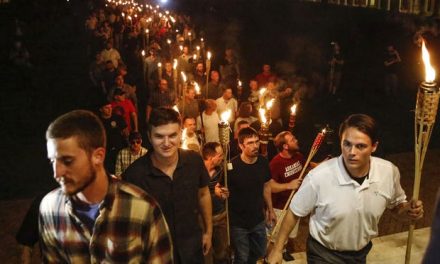 Tuesday’s Child is Full of War

Somebody please explain to me how this guy (DJT) isn’t working for Putin till the second he walks out the door (and probably after)?

House approved it with a veto-proof majority. Thankfully your concern was unnecessary at least as regards to the house freedom caucus. I guess senate could still pass it with less than needed.

Last edited 7 months ago by MNPundit
0
0

Soooo many people around Dirty Diaper, so he can show them he knows how to write his signature . Yaay .

But it seems ok to burn the military down? Who knew.